Minister of Youth and Sports Development, Sunday Dare has charged the newly elected board of the Atheletics Federation of Nigeria to be focused and remain above board in

the discharge of their responsibility.

The Minister gave the charge Tuesday in Abuja when he Inaugurated the newly elected board led by Chief Tonobok Okowa. 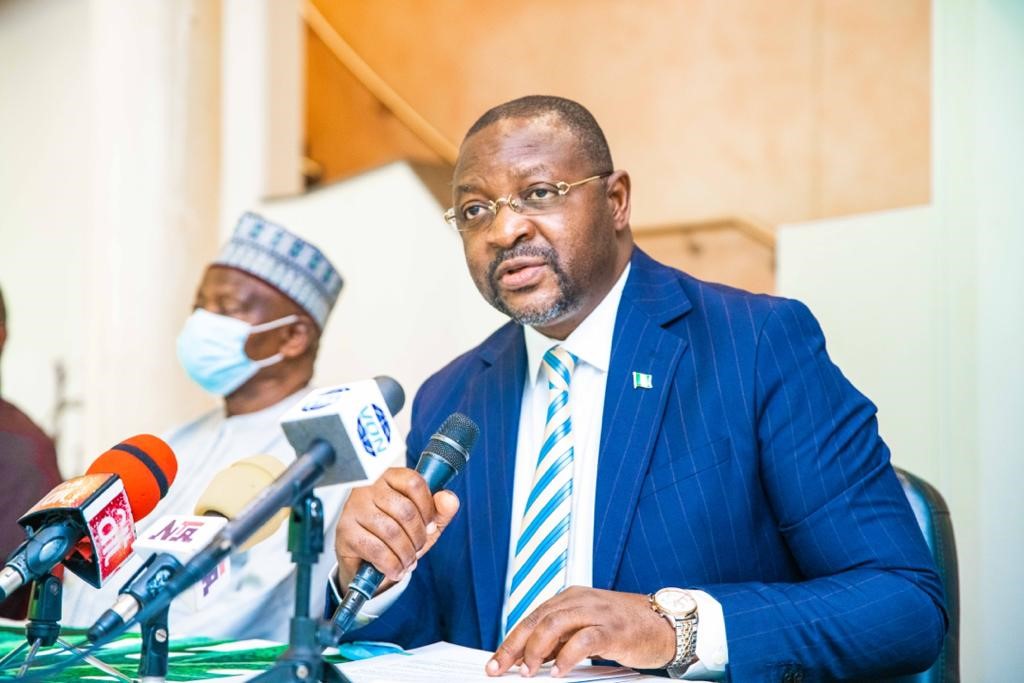 In his words: ‘This is indeed a new dawn for Track and Field in Nigeria as exemplified by the way you conducted your elections strictly in accordance with the 2017 constitution of your Federation as recommended by both World Atheletics and the Confederation of African Athletics.

‘This shows a new seed of hope has germinated to replace some of the rotten seeds sowed some four years ago.You must avoid the pitfall of the past and follow not just the constitution of the AFN, but also work within the laws of our sovereign country, Nigeria.’

The Minister assured that the Ministry of Youth and Sports Development will continue to support the newly elected executive to take the AFN to greater height.

Mr Okowa in his acceptance speech, thanked the Ministry, while reiterating his commitment to make the welfare of athletes, coaches and officials as priority as well as to unite the Federation devoid of sentiment.