I love my country with all my heart and soul and body. That’s why I have given my all to her through all the decades since responding to my first national team call-up as a budding twenty-one-year-old undergraduate/football player, Segun Odegbami reports.

Since then I have not looked back. My country too has done well for me. As an official Sports Ambassador of the Federal Republic of Nigeria, I have had a platform and opportunities to challenge myself and to unearth the ceaseless motivation needed, amidst my best and worst experiences of the country, to continue to contribute my quota to the ultimate mission of making Nigeria a great nation.

One of my major tools for fixing the problems of Nigeria and the Black race is sport. The further I went into the heart of the mission, the more I saw the reality of an impending existential threat to the future of Nigeria as one powerful, united and indivisible country. This is glaringly now manifested in our attitude and treatment of our sport and its heroes, our country’s greatest ambassadors to date.

Until I entered the political realm to see another side of Nigeria for myself, my view of Nigeria through the prism of sport was always captured in the occasional international successes recorded by the country’s athletes in some sporting events, particularly football. Those have kept the flame of hope alive and burning in the hearts of many for a long time. 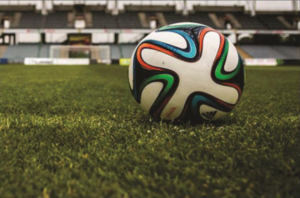 My belief has always been that sport is one of the soft-tissue tools (others are Culture, Art, Literature, Film, Music, Entertainment, Tourism, e.t.c) that the Black person can successfully deploy as a change agent in his quest for global respect, equality and freedom from the shackles of previous civilisations.

Here in Nigeria, however, I now see that we cannot separate the wheat from the chaff, as the decadence and failures in society are also firmly embedded in sports.

How Not To Treat Sports Heroes

Last week, Nigeria woke up to the realization that the country has not done well for even its greatest ambassadors, its sports heroes, the ones that have laundered and promoted the image of the country internationally the most.

The Nigerian sports hero has become like the country – a beautiful flower wasting in the desert air.

Two weeks ago, a young female basketball national team player, fell victim of Nigeria’s failure in sports. She is a prominent member of the country’s national team, still serving meritoriously.

Last December, the country organised probably the worst National Sports Festival in its history after a four-year hiatus. The festival, originally designed to discover young new talents and to unite the youths of the country through friendships and social interaction, had lost its focus and essence.

The Abuja event was a face saver. No serious sports person thought that anything good or productive would come out of it. It was an internal sports room dressing programme to make the states simply go through the motion of going for a competition that held neither glamour nor substance.

Most States just hired any available athletes in different sports, assembled them in Abuja and used them to go through the motion of a festival without benefit.

That’s how our national basketball team player joined a state team, and led them to win the gold medal.

During the semifinals, she was selected by the Anti-Doping Committee whose suspension for some reasons had just been lifted by WADA, the world body, for testing for prohibited substances to enhance performance.  That was her first encounter with any form of testing in Nigeria in her life.

The committee found that she had indeed in her urine sample traces of a steroid listed amongst prohibited substances.

The Anti-Doping Committee made a fanfare of it by banning her for four years from all basketball activities throughout the world.

It was preposterous. I have never been angrier in my life. Even as a first offender and for the small dose of the substance found that must have been in the cough medication she had bought over the counter in a pharmacy in Abuja and used in self-medication (a common practice by most Nigerians) for her cough and cold that she contracted during the games as a result of the Harmattan dust (a common ailment at that time of the year). She did not report usage of the medication at the point of being tested out of ignorance of what ‘banned drugs’ constituted.

Some personnel of the National Sports Commission and the Sports Ministry are also very aware, but they never carryed out the essential exercise of enlightening, informing and educating ALL athletes about the dangers of self-medication, the dos and don’ts, and a possible list of prohibited medicines and stimulants.

Under such prevailing circumstances how can a country set itself up for humiliation and shame without any cause?

The local Anti-Doping Committee took itself seriously and actually sat in a country whose healthcare system is totally in shambles. They tested athletes in a sports competition that has no relevance, is of no substance and benefits no one. They punish an athlete, knowing full well that the athlete is the product of the unserious work of lazy or ignorant sports officials that do not discharge their responsibilities to innocent local athletes, and in a failed system that does not undertake any rigorous enlightenment, training and education for athletes.

All these strike me as absurd and appear to be a deliberate attempt to humiliate the country and damage her bad reputation even further.

That the Committee of Nigerians did not chastise the entire sports authorities of the country, from the Sports Minister, to the Nigeria Olympic Committee, to the Federation officials, and States sports Councils, and charge them for not taking responsibility for their inaction as well as their athletes’ wellbeing and education, is injustice and wickedness of the highest order.

To have the temerity to ban an athlete for four years under the circumstances in Nigeria, the way the country is at this time in our history, a first offender, for such a mild substance as revealed by a sports medical specialist, without any consideration that it would mean the end to the career of an athlete that is still diligently useful and serving the country, to inflict more damage to the reputation and image of the country, are indeed a shame and the worst demonstration of patriotism.

They may have done their work in Wada but their work is a dis-service to humanity and to their country.

The poor girl did not use steroids to aid her basketball. The Anti-Doping Committee members know that like the back of their hand.

The country does not have a proper healthcare system to support athletes to stop self-medication. The committee members know that too.

The sports authorities in most sports do not enlighten, educate or prepare their athletes for domestic dope testing.

The committee members are quite aware of the laxity and lack of seriousness in this regard. They know that the young girl is just an innocent, ignorant victim of a failed system.

The members know these things. And yet they sit and destroy a whole life just because they want to be seen to be working? Working for who?

This whole matter is, therefore, totality deliberate, shameful and unacceptable.

If our local Nigerian basketball hero must suffer for the laxity and inefficiency of the sports authorities and be punished, she must not be punished alone.

All heads responsible within the sports establishment must also suffer, or the girl walks. To punish her for a crime committed through the failure of others is to embrace the greatest injustice imaginable.