The Nigerian political landscape had in recent times been dominated and basterdized by all manners of people with shady or questionable character totally bereft of integrity, principles and honour and often adopting the Machiavellin unscrupulous theory that “the end justifies the means” in their primordial quest for political power and instant wealth by all means. 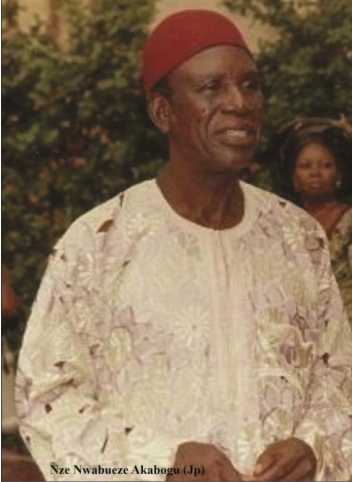 It is instructive to recall rather with nostalgia when in the first Republic politicians of honour and exemplary character were attracted to join political parties not as a means of acquiring political power or instant wealth but simply as a vocation or sacred calling to serve their father land.

The nation’s founding fathers such as the dogen of African nationalism and Zik of Africa late Dr. Nnamdi Azikiwe and his contemporaries, late Chief Obafemi Awolowo, and Late Sir Ahmadu Bello, the Saradauma of Sokotoi among others all of blessed memory inspired their followers and dedicated their lives towards the liberation and emancipation of their people still under the yoke of colonialism and subjugation by the erstwhile British colonial powers.

At independence in 1960, a new generation of selfless and dedicated politicians such as late Professor Eyo Ita , Late Dr. Michael Okpara, Late Dr. Akanu Ibiam, Late Chief S.L Akintola, Late Aminu Kano, Late Alhaji Tafawa Balewa among others all of blessed memory emerged and clearly demonstrated their love and patriotism for their country through the remarkable legacies they left behind, and even in death most of these leaders died in abject penury and some without homes of their own.

These late noble and iconic politicians never regarded partisan politics as a do or die affair but rather they willingly accepted their fate with equanimity after winning or losing in any election. 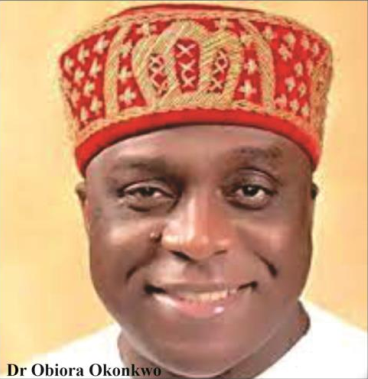 A shining example of the contemporary politician with large heart and uncommon spirit of sportsmanship and candour is High Chief Dr. Obiora Okonkwo, Dikeora of Ogidi, who had demonstrated in clear terms that politics is simply a vocation that requires men and women of honour, strong character and nobility. Dr. Okonkwo had indeed set a wonderful pace worthy of emulation not only in the politics of Anambra State but Nigeria at large, in the sense that politics could be played without bitterness and acrimony but rather with absolute love and charity to all across the political spectrum. This rare gem of a politician who always radiates love, amity and elegance had indeed set a noble example for other contemporary politicians in the country.

High Chief Okonkwo was a long time member and chieftain of the Peoples Democratic Party (PDP) in Anambra State and during the 2019 General Election, he nursed the ambition to contest for the Anambra Central Senatorial Seat but later changed his mind and instead encouraged and actively supported Senator Uche Ekwunife to vie for the Senatorial Seat which she later won decisively.

It could not be easily determined however if there was any mutual agreement or behind the scene political maneuvers or horse trading between Dikeora and Iyom Senator Ekwunife. However, one salient point emerged in 2019 during the senatorial campaign rally at Ogidi which was held at Dikeora’s palace and Senator Ekwunife in her familiar spirit of generosity gave out transport allowance to her teeming supporters but Dikeora in his characteristic humility and benevolence urged Senator Ekwunife to keep back her money and promptly brought out his own money for the party supporters since in accordance with tradition Dikeora was the host on that historic occasion. The above incident which was witnessed by this writer indeed spoke volumes on the rare personality of Dikeora Ogidi.

It is pertinent to mention also in this special tribute that Dr. Okonkwo clearly stood out as one of the leading PDP gubernatorial aspirants during the party primaries and later emerged as a runner-up in the primaries which was eventually won by the youthful and indefatigable Valentine Ozigbo aka VCO with slim margin. However Dr. Okonkwo felt dissatisfied with the outcome of the party primaries and later defected to the Zenith Labour Party or ZLP as its governorship candidate in the recently concluded Anambra State governorship election. 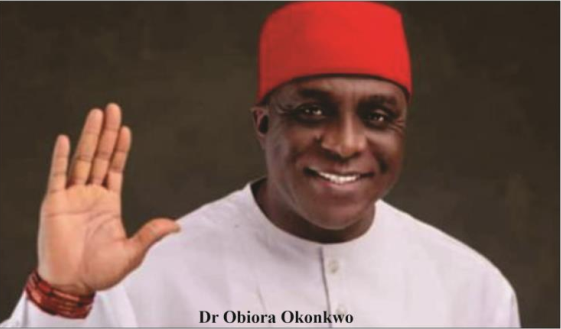 As it has sadly become notorious within the various political parties, one would have expected Dr. Okonkwo to immediately proceed to the law courts to seek legal redress against any perceived injustice or imaginary case of gross irregularities during the party primaries but true to his uncommon spirit of politics without bitterness and to avoid creating unnecessary political turmoil or tension within the party, High Chief Okonkwo quietly left the PDP and became the Zenith Labour flag bearer in the just concluded governorship election but lost gallantly after he had embarked on what could  rightly be described as one of the most peaceful, pragmatic and issue based campaigns completely devoid of name calling or mudslinging ever witnessed in recent times in the annals of Anambra State Politics.

In a clear demonstration of his civilized brand of politics and his legendary spirit of sportsmanship, Dikeora wasted no time in sending his congratulatory and goodwill message to the ultimate winner of the historic election and Governor-Elect Professor Chukwuma Soludo and pledged his unalloyed support to the incoming administration in Anambra State.

It is needless to emphasis the point however that great lessons must be learnt by the new breed politicians of the present generation from the rare quality, honour integrity and nobility which Dikeora had clearly exhibited through his personal attributes and dispositions which are expected to radically change the seeming negative perception of archaic political culture of gangsterism, desperation and self centeredness in Anambra State and Nigeria at large.

High Chief Dr. Okonkwo, an epitome of honesty, integrity and nobility must be highly commended for his vision, resilience, political sagacity and patriotism and therefore must never relent in his burning desire to enthrone good governance, and egalitarian society in Anambra State. Dikeora should be encouraged by the common adage that says  “A person who fights and runs away lives to fight another day.

Finally, it is the expectation of Ndi-Anambra that politicians across the political divide must henceforth imbibe the virtue of love, selflessness and patriotism in all their political dealings with the people generally.