As an intermediate student at Aguata High School Aguata, I became loquacious in my class in those good old days. My classmates nicknamed me ST (Senior Talkative). It happened that our class prefect was one day impeached for negligence of duty. Election for a new class prefect was conducted to replace him.

I and one other person were nominated. An open ballot system was used. At the end I was declared the winner by majority votes. I assumed duty immediately. Consequently, an additional feather was added to my nickname. They began to call me STP (Senior Talkative Prefect). What a contradiction!

There is a real dichotomy between speaking out and loquaciousness. To speak out means not to keep silent in the midst of evil. On the other hand, a talkative is a noise maker. In agriculture a weed is defined as any plant growing in an unwanted place. Similarly, a noise is a speech made at unwanted time. 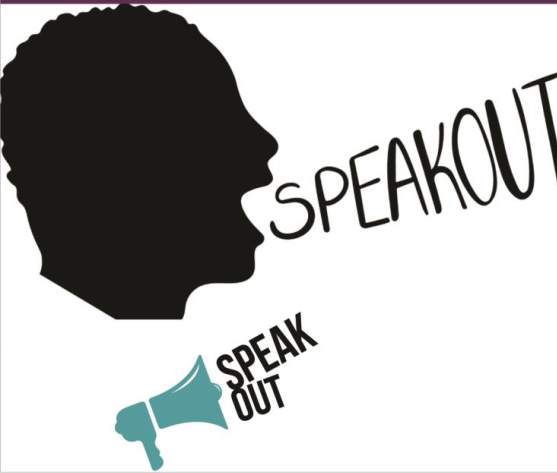 In fact, I merit a scholarship for these definitions and clarification of terms. The scholarship can be in form of recharge card or any essential commodity.

Now, let me open my shop for real business. The Holy Scripture tells us that there is time for everything (Eccl. 3:1). There is time to be silent and time to speak out. The inability to speak is known as dumbness. On the other hand, the incapability to hear is called deafness.

To be dumb and deaf is a double calamity. If you are asked to choose between the two, which one would you choose? If you can speak and hear, kindly offer thanks to God on daily basis. For those who cannot speak and hear, it is not the end of the world. There is a way out. Our God has control over ability and disability. Special schools for the deaf and dumb are abound. At graduation, they speak and hear in their own way.

Some miscreants in our society today capitalize on fake disability to make money. Few years ago, I was at Jos Main Market in Plateau State, before it was gutted by terrible inferno. At the entrance, I encountered a young man who was holding a cardboard paper on which was inscribed, “I am deaf and dumb. Please help me.”

I really felt for him. Thus I dipped my hand into my pocket and brought out the N500 note I was having, with which to make some purchases in the market. By that time N500 had great value. I raised it before the deaf and dumb young man.

Inadvertently, what came out of my mouth was, “Do you have change?” Pretence never lasts. You can deceive some people some of the times, but not all the times. Accidently the deaf and dumb beggar ‘miraculously’ replied, “Yes, I have.” It could be an accidental discharge. I fired some unpleasant words at him. Before I could raise alarm, he took to his heels.

If the fake dumb and deaf young man described above could pecuniary speak, we who are naturally able to speak should not keep silent when we should speak out. A common English saying runs thus: “See something. Say something.” The eyes see while the mouth speaks out. The power-house of our speech is located in the brain. The transformer lies in the tongue.

The speaker as a rational person is held responsible. The police normally give a stern warning when someone is under arrest. Hence the investigating police officer (IPO) warns the suspect, “You may choose to remain silent, because whatever you say will be used as evidence against you.”  Judgment follows from one’s speech.

In moral parlance, we can be an accomplice in someone’s evil by keeping silent when we are expected to speak out. My people rightly say, “Ekwughi ekwu mere onu. Anughi anu mere nti.” This literary means that the mouth is blamed for not speaking out while the ear is guilty for not hearing what is said.

An Igbo proverb asserts that an elder does not stay at home while a pregnant goat gives birth tethered. This is quite dangerous and fatalistic. Often sycophants surround those in the corridor of power. They tell the leaders what they would like to hear.

No wonder they are regarded as praise-singers. The President of our country Nigeria and the Governors of the 36 States have many paid advisers on different fields of human endeavour. The question is: How well do they advise the President and Governors? The truth is bitter.

In most cases the leaders do not like to hear the truth. The advisers themselves render their services for personal advantage. Some Ministers minister their private pockets. Likewise some of the Commissioners commission their own pockets. Most often the Minister or Commissioner of Information informs the public what the President or Governor would like to hear.  Anything contrary merits immediate dismissal.

Leadership at all levels entails service to the people. It is not for self aggrandizement. Therefore the people should not keep silent when the leaders are derailing. They have the constitutional right to protest peacefully. Last year 2020, the youths protested nationwide against police brutality. It is popularly known as ENDSARS protest. Unfortunately, hoodlums hijacked the peaceful protest and caused destruction and bloody mayhem here and there, especially at the Lekki Toll Gate in Lagos.

Indeed, what it takes for evil to thrive in our society is for good people to keep silent. We are all morally bound to speak out against evil in the country, state, town, village, community, society, group, etc. The religious leaders must speak out at all times. All forms of compromise must be avoided. The truth cannot be sacrificed at the altar of falsehood. Any dog which fails to bark at intruders should be sold for meat.