My friend and senior colleague, Ikedi Isiguzo believes that the insecurity we presently experience in the south east might not be unconnected to the desperate need by powers that be to tame our people and indeed, make us look bad before security operatives.

He avers it is politically motivated and from all the feelers available, from the centre. He also strongly believes that the reason why the south east has suffered untold levels of attacks is because of the plans of the center to render them too unstable to be  considered being eligible for the presidential slot.

He questions, just like every discerning mind, why there has been countless blames apportioned to the south east for insecurity, whereas the federal government has not bothered to make efforts to ensure safety in the zone. Very recently, the Lagos state Police Commissioner claimed that IPOB had plans to attack Lagos. A most inciting statement that was most unnecessary.

Well, Isiguzo, who calls himself a major commentator on minor issues, has bared his mind in this article. I also agree with him on all scores. I hope you enjoy this article of his, which certainly captures our present day situation in the south east, just like  it truly is… 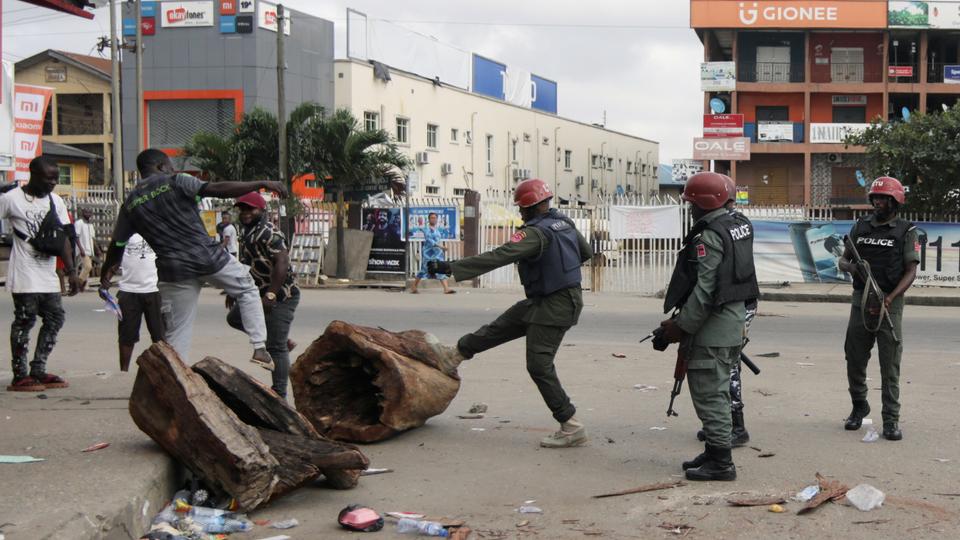 Attacks on the South East could be about the 2023 presidential election. Promoters of the campaign against the region stand exposed by their own impatience, impertinence, imprudence, and outright haste to arrive at an agreed destination. Their frustration is obvious.

Time is ticking away. The unswerving resilience of the South East punishes their desperation to deny the South East a presence in the higher decision-making setting of Nigeria. From their flagging queries over the South East’s credentials for the presidential slot to insulting remarks about the absence of unity in the South East, proponents of the destruction of the South East are on a systemic agenda to render the region unsuitable for anything, just anything.

The deluge of security breaches in the East South East in the past few months, the promptitude with which weightier security presence is deployed, threats of more deployment, the extra-judicial settlement of fates of suspects, are official treatments exclusive to the South East.

Who are the suspects? Why are security agencies not quick in bringing those arrested to court? Is it unimportant to know the attackers and their sponsors? Of course, those killed are tagged IPOB and ESN operatives. Suppose they are not?

Attacks on the South East sustain narratives on the South East not producing the next President of Nigeria since the region wants to secede. The concocted tale is sold with the imprimatur of the authorities wherever an occasion avails itself. Otherwise, one is invented to tell these tragic tales.

Security matters in the South East are treated without considering their devastation on the weakening pillars that wield Nigeria together. The North East and North West produce some of the most horrendous tensions and insecurity in Nigeria, but when President Muhammadu Buhari called Tuesday’s national security meeting, it was to decide undisclosed sterner measures on the South East.

The emerging pattern of demonising the South East is to de-market it, de-industralise it, destroy it, and set up its peoples against security agencies and other Nigerians. Lagos State Commissioner of Police Hakeem Odumosu elevated the conversation. His statement that IPOB planned an attack on Lagos was the latest on the “wrongs of the South East” against Nigeria.

Was he unaware of the consequences of his comment? He did not produce one suspect involved in the planned attack. Did he also not realise the implications of announcing in public that Ndigbo were planning to attack Lagos?

Similar efforts at pushing the End SARS protests as an Ndigbo attack on Lagos failed. Why this new attempt? Lagos habours the highest concentration of Igbo population outside South East. There are more Igbo investments in Lagos than in other parts of Nigeria combined. Lagos has large numbers of young Ndigbo struggling to survive away from their homeland which deliberate policies and poor governance are turning to a desert.

As security build ups deny them freedom in South East, many of them move to Lagos to continue their businesses. Is this a policy to arrest South East youth in the Lagos, knowing their homes are already occupied?

Odumosu should be aware of the enormous security complications of an Igbo-Yoruba confrontation. He still made the statement.

The commendable timely intervention of some South West groups and IPOB’s denial of an attack quelled the impact of Odumosu’s statement which should not have been made at all.

Professor George Obiozor, Ohanaeze Ndigbo President General, during a visit to Governor Babajide Sanwo-Olu, called Odumosu’s statement a “dangerous rumour aimed to cause division, crises and conflict among us”. It was deeper. If the police succeeded in planting the allegation on Ndigbo in Lagos, the practice could be replicated all over Nigeria with the same aim.

Security is a federal responsibility with tangential involvement of States. South East cannot be blamed for insecurity in the region since the Federal Government has not ceded security to the zone. It is offensive when profiling of Igbo youth is extended to official utterances like Odumosu’s.

WE are concerned if the national electricity grid collapses as it often does these days. We cannot muster any care for our collapsing country.

THAT armed robbers accessed the residences of the President’s Chief of Staff, Professor Ibrahim Agboola Gambari and another staff, within grounds of the presidential villa, would set the creative juices of any movie maker flowing. The obvious theme would be giant strides of the Buhari presidency.

IT is grossly unfair to accuse President Muhammadu Buhari of doing nothing about kidnappers, bandits, and criminals of various guises who have apportioned sections of the country to themselves – the President has been pleading with them to cease operating, while asking the rest of us to pray for national unity. Is that not division of labour?