Intent on saving residents of the state from the unwanted accumulation of waste littering all nooks and crannies, the Anambra State Government has mobilized 31 contractors on waste evacuation across all the 21 local government areas in the state.

Speaking to news men on the new development, the Managing Director/Chief Executive Officer of Anambra Waste Management Agency, ASWAMA, Chief Ifeanyi  Ozoemena, Nzeakonobi, assured of improved waste evacuation process across all the communities in the 21 local government of the state.

Chief Ozoemena said the state government had mobilized 31 contractors on the 1st of July and that they had all commenced work simultaneously; a development, he said, had given rise to expections that the waste evacuation process in the state would improve, starting from all the litter points. 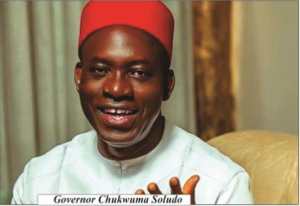 He further assured that there would be no backlog anywhere going forward.

It will be recalled that on assumption of office on 17th March, 2022, the state governor, Prof. Chukwuma Soludo, suspended the contracts of all the contractors handling waste evacuation in the state in order for the new government to review their activities and come up with new modalities that would serve the state better on waste evacuation and management.

But in the period between that and now, waste had accumulated at litter points all over the state, attracting criticisms from many quarters. The state government had earlier announced its decision to henceforth embark on door to door evacuation of refuse with a view to discouraging people from dumping their refuse at litter points as previously done.