The Executive Governor of Anambra State, Prof Chukwuma Soludo, has condoled with the member representing Orumba North State Constituency in the Anambra State House of Assembly and the Deputy Majority Leader, Hon Chief Emeka Aforka, over the death of his father-in-law, Elder John Eke-Eze. 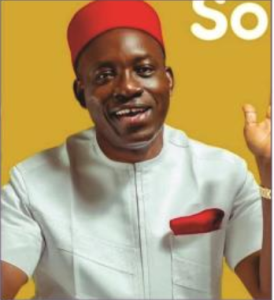 In a release signed by the Chief Press Secretary to the Governor of Anambra State, Mr Christian Aburime, and made available to newsmen in Awka, Soludo said the late Elder John Eke-Eze was a prominent community leader and peace maker, noting that he dedicated his life to serving his community and humanity.

He said the deceased’s selfless commitment and dedication remained a source of joy and inspiration to members of his community, both young and old.

Governor Soludo further said it was comforting that Elder Eke-Eze lived a fulfilled and exemplary life worthy of emulation.

The governor urged Hon Emeka Aforka and his wife, Lady Lilian Aforka, to take solace in the fact that Elder Eke-Eze’s contributions to his community and his exemplary lifestyle as a devout Christian and doting father, would forever be cherished and remembered.

The governor on behalf of government and the people of Anambra State prayed for the peaceful repose of the soul of the departed, even as he asked God to grant the family the fortitude to bear what he described as an irreparable loss.