Social Media: A way of life 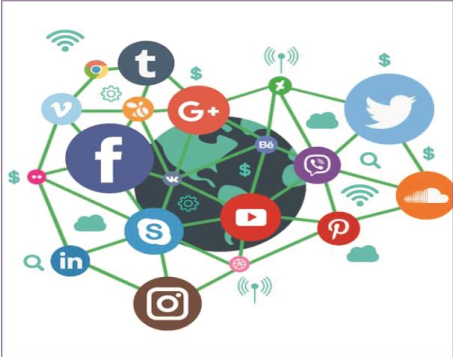 So, I grew up with this ideology that social media in all totality was a bad place for me. It was after secondary school that I began having a clearer light about social media. I was missing my class mates and needed to connect back, the only place I thought of then was Facebook. Almost all my classmates then were on social media except me. When I got a smart phone, I quickly signed up for Facebook.  I began building connections and network with it. I followed people who were of interest to me and liked pages that I fancy a lot. I did more of seeing and observing on Facebook not until 2020 when all schools went for corona virus break. I got myself engaged with learning and other things. Most especially, I began to make use of my Facebook handle. I made it a point of duty to write every week and have them pushed on my Facebook. I was happy I was doing that every week. I didn’t care about how many likes I got. All I wanted was to make use of my Facebook account and be happy. This lasted till my account was hacked. The first time it was hacked, it was retrieved. Thanks to my colleague Joseph Ekwunife who is a guru in stuffs like this. I continued again. The first hacking wasn’t enough for the fraudster, it was hacked again. This time, I was in school. I didn’t pay much attention to it because my final exams were coming up too. After much thought I decided to open a new facebook account.

Meanwhile, in 2020, I made a decision to spread my wings on social media. What did I do? Aside the Facebook, I opened LinkedIn account and twitter account. On my handle, I twitted some of my quotes and followed people who I liked. I got some followers too. When we resumed school after the pandemic break, I had to give my undivided concentration to my academics, so I paused on twitter but I never left. What was I doing then? It became a platform to relieve academic stress and get informed of the happenings around the world.

For my Linkedin handle, I wasn’t using it pretty well. I needed to understand the app before living in the space. I am glad I did. Now, I write on Linkedin, maybe not every day or every week but  I have decided to make use of my space on Linkedin and I am doing it.

During the days of coronavirus break, our lectures were being held on WhatsApp. Even classroom presentations. Virtual meetings of different groups were happening on zoom, Meet and Hangout. Almost all the social media app became very useful. Now, people do not have to go to a physical market to see your shop, everything is seen online in different social media platforms.

These not withstanding, so many have tried to still make me believe that social media is filled with negative vibes. Graphic images always flowing in from different angles. Fake life and fraudsters are not left out. But still, we have good things happening there. Life changing networks are built there. People gain sponsorship too.

Now enough of the long stories. Why am I telling all these stories? Certainly it is not for fun but to drive a lesson. One thing I learnt in the past few years is that every successful business person or organization has a wonderful media presence. In this present age, you can’t separate, social media from media. Both seems to have married each other so well that most people now think that social media is the only form  of media that exist. Schools, hospitals, churches and  even communities now have social media handles. I have learnt that the world now lives on the media. I will like to say that 70% of world is on social media while the remaining is on other forms of media.

The uneasy fact is that we can no longer live with social media. It has become a way of life. To grow your businesses, acquire skills, learn new things and even evangelise effectively, you need social media. You want to do all these things and you still have the same ideology I had while growing up. Guess what? You’re going to remain the same year in, year out.

Be conscious of what you post on your different status. Most times, these things depict you. You don’t always post negative things on your status while in reality you preach positivity. People will tend to belive that your life is filled with negativity. Remember, things posted social media spreads like wild fire. It only takes a click for a message to be passed. You may assume that your status is yours, and therefore whatever you so wish you post. It is true, it is yours, but be careful. People are watching and reading you. Internet do not forget.

Again, social  media has become a way of life. Live it!