Smell the Coffee, Nigeria is Five Minutes Away from Afghanistan

Today, I bring you the brilliant and fiery Chief Malcolm Omirhobo, who is the Principal Partner, Malcolm Omirhobo & Co. He is also a human rights activist, who stirred controversy at the Supreme Court, Abuja, and Lagos High Court, after he appeared in court in lawyer’s gown dotted with ‘native doctor’ attire, some months ago, during one of the sittings of Nnamdi Kanu’s case.

In this interview with CHIJIOKE IREMEKA, which I culled from the Guardian Newspaper, he spoke on the reasons he wore Igbe religious garb to court, urging Nigerians to apply for guns in self defense. He also addressed a lot of national issues which I found really interesting and worth sharing. Please read excerpts of the interview…

You were among the three persons that sued Federal Government on behalf of the masses concerning Twitter ban. With the judgement in favour of the masses, how do you feel today?

I feel happy that I’m part of this historic judgement. I would say it’s an advancement to our freedom in Nigeria and Africa in general, that our governments should not trample on the rights of the people as provided for in our Constitution, the African Charter of Human Rights, and also the universal human rights as contained in international laws that the governments of Africa and Nigeria should not take the rights of their citizens for granted.

With this judgment, what’s your next plan of action?

Well, there is no action; the deed has been done. Twitter has been unbanned before now, and the rights have been violated, but it’s just for records and future purpose.

Could it be the reason you appeared in Supreme Court and High Court respectively in Igbe cloth? 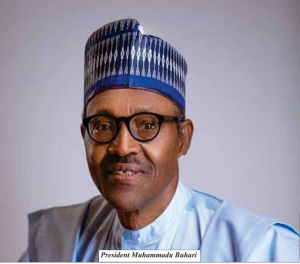 No, not necessarily. Let me tell you the truth; let’s not deceive ourselves. I’m against neo-colonialism; I’m against what the Whites are doing to us. And it’s sad that Africans don’t want to understand. What is wrong with the African tradition? Some of the strongest thing we had, the Whiteman had to destroy it. I’m not saying it is perfect. Okay, any tradition that says ‘kill another man,’ then take away kill and take other things that are good.

Now, tell me, are you not a Catholic? Don’t you go in front of statue and bow? Now, you are saying that the Blackman’s religion is idolatry. What is idolatry about it? Most of us now pretend to be Christians or Muslims, but it’s a lie. We are still traditionalists, because we go to babalawo everyday. Yes, even the priests also go to native doctors. Yes, when I was growing up, my parents patronized native doctors.

Yes, we did. We went as far as Port-Novo, but I never heard my dad say to one native doctor or herbalist, ‘kill this man.’ The only thing I heard from them, was ‘Oh, my gods, please don’t allow evil spirits to harm my children. Protect them.’ They bring razor or needles and make marks on our body or puncture our bodies and robbed black powder in it and asked us not to bathe for seven days that the spirits are working.

Is that not what we call acupuncture today? You know, growing up in the west, you can see someone who answers Bukola Ogunlabi in the West or Chidera in Enugu. From the name of a child, you may not know whether he is a Christian or Muslim or an Igbe. Why do I need hijab to distinguish? It’s a bad thing for us to identify any body in school, or police or army by dress code.

By this hijab, you are already discriminatory, because once a Muslim teacher sees a girl with hijab, she has found favour in him/her. There are people that are Muslims, but their native names suggest something different, though they answer indigenous name. So, let’s continue to comply with the judgment of the Supreme Court. I will advise that Lagos should allow hijab in Lagos schools. There is problem with the black man. We now leave our lives to play religion.

Talking about insecurity and senseless killings in the country, what’s your take?

I have told you people that what is happening in Nigeria are genocide. Do you know in Nigeria, we have over 500 ethnic nationalists not 250? I’m telling you, look at it very well. Over 500 ethnic nationalities with their cultures, their religions, and some of their cultures you don’t understand. Go to Adamawa State for instance, you will see one ethnic group here and in the next two minutes or 30 minutes drive, you see another ethnic group. They don’t understand their languages, but they trade together; they do everything.

Now, these are the people, the indigenous people that are being wiped away. What’s happening today is deliberate. Some will say it’s ethnic cleansing, but I would say it’s genocide. Tell me, if you say people are bandits, will bandits kill people? Bandits will not kill, because if bandits kill the people that they steal from, who are they going to steal from tomorrow? They’ll steal and leave so that tomorrow, they can still steal from you again or other bandits can still from you.

But in this one, they kill senselessly, because there’s that internalised hate. Growing up, when you get to Kaduna, do you know what you feel? You feel secured. Why? The presence of the Army! Now, tell me, where do you think we have the most of our arms and ammunition in Nigeria? It’s in Kaduna, not even Jos. When we are in the mood of fighting wars, they will have backup. Now, this same Kaduna is where bandits have taken over; they have taken over the International Airport.

They come into the towns, kill and go away. What’s the distance between Kaduna and Abuja? Not much, with a good artillery or ballistic missile, you can strike Aso Rock from Kaduna. Despite the fact that you can attack from Kaduna, the state has been taken over by this people. That’s one. Two, Niger State has been taken over. How many minutes drive is from Niger State to Abuja, from Shiroro or Suleja? They have taken over there. How many minutes is it from Suleja or Mina to International Airport, 24 minutes? It means that these people can actually seize the country.

They will not accept you in their country. Forget about some men that after stealing money, they go to Dubai and stay. It’s a lie; home is home. With your money in the US, they have a limit at which they can recognise you; they don’t give a damn. So, you are not accorded the respect you have here. You are still like the second-class citizen there. If you now bring people because they are your tribal men from other African countries to destroy your own country, your children will have nowhere to go.

And these people that you are bringing to destroy the country, do you think that when they take over the country they will hand it over to you? They will not; go and read history. These barbarians and savages you’re bringing in to destroy this country, if they takeover, they will not hand it over to you. They will take it for themselves and put you to the background. That’s what these people do not understand. So, the insecurity in this country is deliberate and it’s eating everybody up.

That’s the truth. Look at the Kuje jailbreak; it’s deliberate. Everyday, they keep on sending police and army to international engagement when we have problems at home. All those people you are sending out, why not keep them here at home? You can imagine some riffraff went and destroyed the train that we took loan from China to procure and killed people, kidnapped people, keep raping and sodomising them. And you are warning them as if you are talking to your children? Please, I want to be quoted.

Would you now advocate for liberation of arms for citizens’ act of selfdence?

On this insecurity, I’m one of the people that said let us arm ourselves. I don’t know if you read some time ago where I applied for AK 47 (assault rifle) through President Muhammadu Buhari? I applied and sent my application with DHL directly and I’m with the presidency’s acknowledgment copy. I applied for an AK 47, because he’s the only licensing person that can give me that gun as it’s prohibited. The Commissioner of Police licenses the other ones like double barrel and Pump Action. AK 47 is prohibited, but Buhari can license it and that’s why I applied to him. He has my letter. He refused, but I’m taking him to court with other 36 states’ governments.

What we need to solve this problem is balance of terror. If I have gun and you have, even if yours is more sophisticated than mine, when you come to attack me, we speak the same language, violence. So, if you have violence and I have violence, you will be careful. Okay, I’ll give you an example, look at the US church where a madman went in and started shooting at the people.

The Constitution says that if somebody attacks you, you have the right to proportional force; attack that person back and if the person dies, you have not committed murder. So, what are we saying? The government cannot defend the people; let the people defend themselves. Look at what is happening in Kaduna. If you get 100 Kaduna boys, give them guns, and mobilise them, they will enter that forest and bring the bandits out on their own. How many are the bandits? Yet they have amassed so much arms and ammunitions.

My brother, let me tell you my fear for this country; we are going to fight senseless ethno-religious war. I tell you, Rwanda is a child’s play, because these people are not ready to back down. You can see the arrogance with which these things are going, because some people feel that Nigeria is given to them and they most take it over. That’s what this thing is all about. Gradually, they are killing the indigenous people; they are taking them out. Go to some parts of Adamawa, there are villages that have nobody living in them; these villages are being renamed.

Go to Kaduna, see what they are doing; they have continued to kill people like chickens. Even the chickens are more secured than them, because when you attack chickens, they will cry and the owner will come out. But in this one, nobody; they will come, kill and go. The other day, some people came to pastor’s house, shot the man, killed his two songs and took his daughter away.

I don’t know this God that we’re worshipping. I’m telling you, I feel so bad. Are you saying if that man had a gun, he wouldn’t have killed somebody? He would have killed somebody, knowing that he would be killed eventually. Then, his children will have the opportunity to fight for their lives; they have a fighting chance. Mine is that everybody should go and apply for guns before it’s too late; that’s your right. Apply to own a gun; if the government refused, come to me, I will go to court on your behalf free. This is my advice to Nigerians..

To be continued next week…