Moved by the sad tales of victims of the Nnewi Timber Market which was razed by fire, on resumption of plenary last Tuesday, the member representing Nnewi North State Constituency in the Anambra State House of Assembly, Hon. Nonso Smart Okafor, moved a motion calling on the Governor of Anambra State, Chief Willie Obiano, to set up a panel of enquiry to ascertain the cause(s) of the inferno that razed Nnewi Timber Market, proffer solution to avert future occurrence and compensate the affected traders. 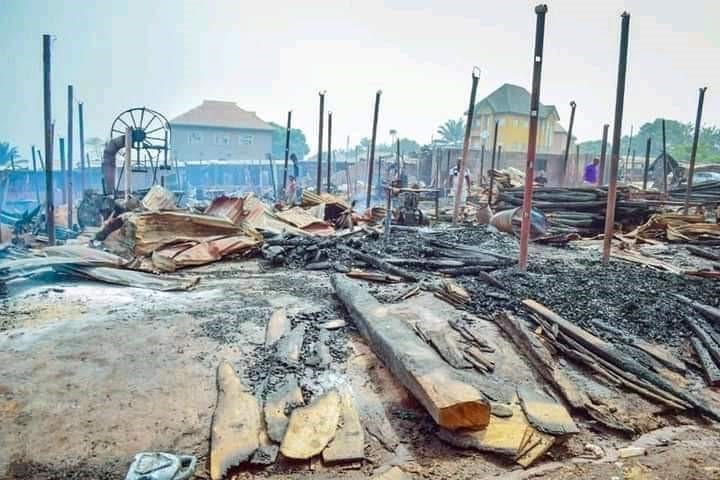 Rising under Matter of Urgent Public Importance, Hon. Okafor noted that Ọgbọ Osisi, the timber market in Nnewi, which he said was known for timber and other forms of building materials, was ravaged by fire on Wednesday, 17th February, 2021, destroying goods which reportedly worth billions of Naira.

According to him, the fire which started under controversial circumstances, reportedly gutted over 100 shops, hundreds of sawing and curving machines worth millions of Naira each, affecting over 100 traders.

Moving the motion, he called on the governor to order an investigation to unravel the cause of the fire disaster.

‘If viewed from the obvious, most of the traders have lost their only means of survival, hence the need for government to intervene and support them financially,’ he stated.