The sit-at-home strikes initiated by the Indigenous People of Biafra, IPOB, have been described as a development crippling the economy of the entire South East Region. The Commissioner for Trade and Commerce in the outgone regime of former Gov Willie Obiano, Sir Uchenna Okafor, who spoke with Fides in Awka, said that most customers are now leaving to other places to source for goods after failing to do business in the South East because of the constant sit-at-home strikes. 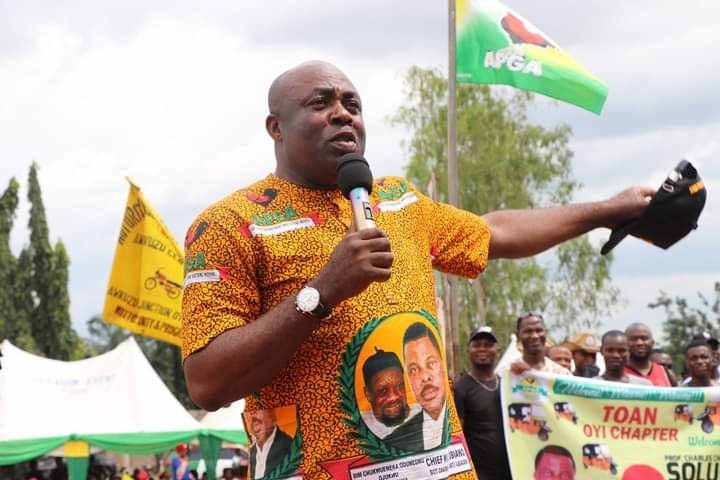 According to Okafor, popularly called Wiper, once such people got what they wanted from Lagos or other places, they would not come back to Anambra again.

‘Once they feel that Anambra is not safe they will continue to go to where they think they can do their business without harassment. If you watch now, most of our traders and business men are moving to our neighbouring states like Delta. What it means is that revenue and IGR will now be shifted to Asaba and as a state and region, we are losing heavily to sit-at-home. So I want to use this opportunity to plead with our brothers to do a rethink and look at the economic disadvantage of what they are doing to our region to see whether we can move our state and region forward.

‘It’s actually a great loss to, not Just Anambra, but to us from the South East Zone. Where we have comparative advantage is trade and commerce. Greater percentage of our citizens are traders and when you try to truncate the process, it is a big challenge to us. That was why as a commissioner, I tried as much as I could to discourage many people from sitting at home but I could not go to their houses to get them out,’ Okafor said.

He recalled that when the border was closed three years ago by President Muhammadu Buhari, owing to COVID-19, it also had a great impact on the economy of the South East. He said the greatest percentage of motorcycle spare parts used in countries like Chad and Niger were coming from Nnewi in Anambra.

‘Rubber, shoes and plastics that are being produced here in Onitsha are shipped to Gabon, Cameroon, Central Africa and so forth. So when that border was closed, that was when I noticed the impact of what it did to us as South Easterners.

‘Again, during COVID, we closed all the markets in Anambra. That was when we knew the strategic nature of Ogbo Ogwu in Bridge Head. It was when we got to know that the Ogbo Ogwu was serving the entire Federal Medical Centre within the South East and some parts of South-South,’ Okafor said, appealing to those behind the sit-at-home to have a rethink and save the South East economy from collapse.

On why he was aspiring to serve his people as a Federal House member, he said it was predicated on what he had done so far after putting in many years in service.

His words, ‘You don’t just contest election because you want, but sometimes you do that because people want you to contest. I did not just decide on my own. After much persuasion from my people from what I have done so far, they believed that with what I did as commissioner and local government chairman, I am the best person that will go there and represent their interest. It was after much persuasion that I gave it a thought to say ”let me go and try”. Because power belongs to God, I am very confident but I will not say anything until I finish consulting God and my people,’ Okafor disclosed.