The attack on worshippers last Tuesday at St Theresa of Calcutta Catholic Parish, Awada, Obosi, has been described as ridiculous by the Catholic Bishop of Awka, Most Rev Paulinus Ezeokafor. The prelate who spoke with Fides on the telephone from Awka, urged the Anambra State Government to offer people more protection, especially those outside Awka, before the self-destruct button is pressed, Jude Atupulazi and Ikeugonna Eleke report.

It will be recalled that during a morning Mass in the said parish last Tuesday, hoodlums suspected to be members of the proscribed Indigenous People of Biafra, IPOB, had stormed the church carrying cans of petrol and sticks and ordered worshippers to leave the church, berating them for daring to worship on a day their leader, Mazi Nnamdi Kanu, was to appear in court in Abuja where he is facing charges of treasonable felony. 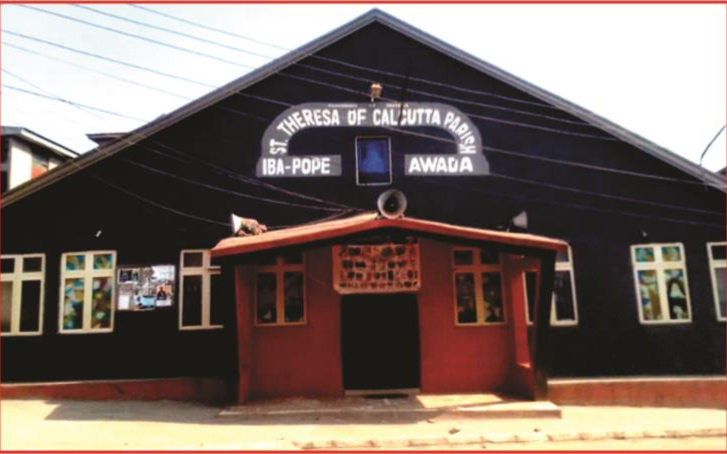 A worshiper in the church who recounted her experience said the young men who carried weapons including clubs and petrol, invaded the church while the morning Mass was on, insisting to know from the presiding priest why he was holding a Mass on a day their leader was going to court.

Fides gathered that a stampede ensued as everyone headed for the door in attempt to escape from possible harm.

The angry youths however engaged the priest who was said to have used diplomacy to disarm them, causing them to calm down and call back those who had run away to return.

The suspected IPOB members, on leaving the church, burnt a tricycle which they found on the road, while beating its rider. They were also said to have burnt a bus in that vicinity.

The source who didn’t want her name disclosed, recounted her experience thus, ‘This morning I went for the 5:30am Mass in my church, St Theresa of Calcutta Parish in Awada. It is close to Ukaegbu junction.

‘We were half way into the Mass when some group of boys suspected to be members of IPOB entered the church.

They were carrying sticks and even fuel. They went straight to the altar where they approached our parish priest, Rev Fr Joseph, and asked him why he was celebrating Mass on a day when their master was going to court. There were quite a number of them and they were visibly angry.

‘Everybody in the church took to their heels. There were a lot of people in the Mass today (last Tuesday). I ran to a building close to the church.

‘I later learnt that Father Joseph told them we were holding Mass to pray for the release of Nnamdi Kanu. He used diplomacy to talk to them, and even asked them if they were really for Ndi Igbo or against Ndi Igbo. They now said okay, that if so, the people in the church were for them.

‘They now called back everyone to continue the Mass and that they were now convinced that the church people were Biafrans. They apologized to the priest and left but some of us were so afraid that we could not return and we went home from there,’ our source said.

She added that the same group of boys went out and saw a tricycle rider. ‘No one knows why the man was outside because on sit-at-home days, you hardly find tricycles outside. They beat up the man and burnt his tricycle, and the tricycle is still there now smoking,’ the source recounted.

But reacting to this development, Bishop Ezeokafor regretted that the whole agitation was turning to something that rather hurt the people those agitators claimed to be fighting for, even as he said that fighting God would get them nowhere.

‘I heard the story and my immediate reaction will be that in all honesty, people are free to agitate against injustice but the way they are going about it is bad,’ Bishop Ezeokafor said.

The prelate who said he had become tired of the sit-at-home directive, which, he said, was taking a negative toll on manpower and resources of the people of the South East Zone, urged those behind it to think up better ways of doing it as the current way was causing problems for the people of the zone.

‘What happened in the church was ridiculous. The tendency is that if nothing is done, one day they will order that there will be no Masses on Sundays. If they start fighting God I wonder where it will take them.

‘Government should do more to protect the people. Awka is safe but the places outside Awka are not. There is need to protect people everywhere. We are not helping ourselves and if this continues the way it is going, it will come to the point that one day we will destroy ourselves,’ Bishop Ezeokafor stated.