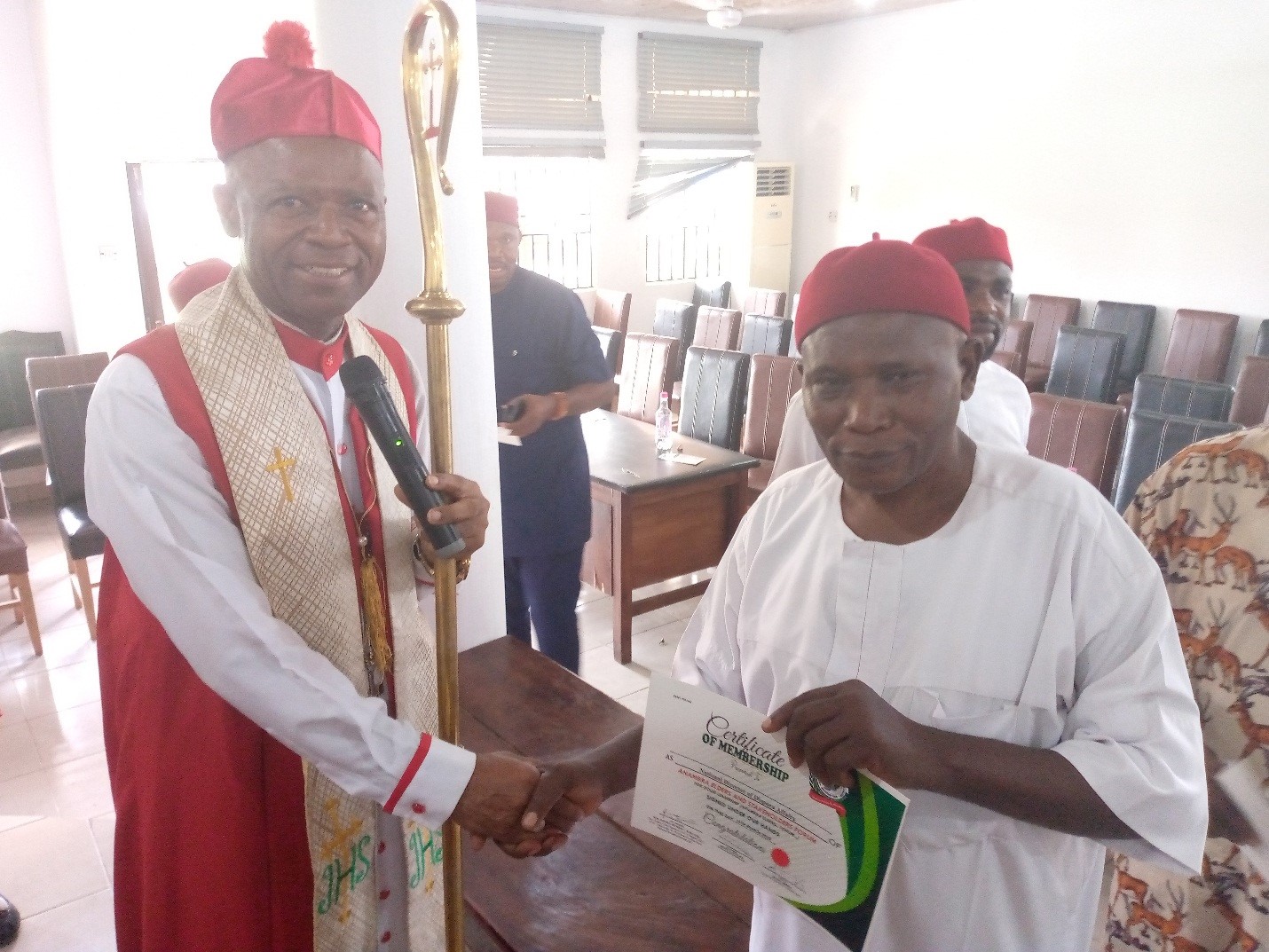 The council is not a pressure group but a support group that is concerned with ensuring that things are done well in the state. The members are made up of people who have made a huge impact on society and who are sixty years and above.

Speaking to Fides after his inauguration last Wednesday at Government House, Awka, Sir Nwike said his inclusion was a result of his contributions to the state, especially his town, Oraifite, where he served as President General of the town union during which time he built a police station, among other achievements.

Noting that he was overwhelmed by the recognition accorded him by inaugurating him as a member of the Council, Nwike said he would contribute to the success of the Council’s activities and described the Council as one that would go places.

He was among those inaugurated as interim executive members of the Council.

Earlier, the interim chairman of the National Executive Council, Justice Alpha Ikpeama, said the members were carefully chosen across all the walks of life based on their impact on society.

Ikpeama said though three people started the Council, they felt the need to set up a Board of Trustees, BoT, from the three senatorial zones of the state to include Ononiba, Ndi Obi, Rob Eze from Central; Sir Simon Okeke, Ibeto, Innoson and Chikason from South; and

There were goodwill messages from members who hailed the formation of the Council.

Lord Mayor, Bishop Mark Chukwudum, while conducting the inauguration, recalled their efforts before now in search of the members and expressed confidence that the members of the BOT would succeed.

He charged those inaugurated to discharge their duties creditably to justify the confidence reposed in them.