Former Nigeria goalkeeper, Vincent Enyeama, has said it is a shame that former players like Austin Okocha, Peter Rufai, and Nwankwo Kanu, didn’t play at least 100 matches for the national team.

In the seven decades history of international football, only three  players have a century of caps for the senior national team – Enyeama, Joseph Yobo and recently Ahmed Musa.

Fides learnt that Okocha has only 73 caps, Rufai boasts of just 65 appearances, while Kanu amassed 86 caps.

Enyeama while speaking to newsmen said: ‘One hundred caps is nothing. I think it is a shame that we have only three players that have played for Nigeria up to 100 times. 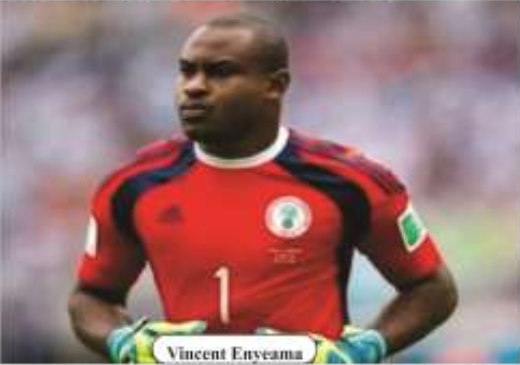 ‘It is a big shame because with the quality we have in Nigeria, we should have more. That shows that there is a lack of continuity, consistency, commitment on the part of the players and management.

‘Look at other top football countries; you will find that many of their players, active and retired, have more than 100 caps.

‘But we have players in Nigeria playing 10 to 15 years and still don’t get up to 100 caps because these coaches come in and change players all the time.

‘Players like Jay Jay (Okocha), Peter Rufai, Kanu deserve to have more than 100 caps. It is sad that Mikel could not get up to 100 because he was very close to it. Going forward, we need to do better. We need more players to get there.’ He added.