Senator Victor Umeh, an alumnus of Bubendorff Memorial Grammar School, BMGS, Adazi-Nnukwu, has promised to donate a brand new vehicle to the first principal of the School, Dr. William Ezeh.

Senator Umeh made the promise recently during the pontifical High Mass led by the Auxiliary Bishop of the Catholic Diocese of Awka, His Lordship, Most Rev. Jonas Benson Okoye, in celebration of the Cultural Day and commissioning of an Art and Music Center named after Sir Willie Nwokoye. 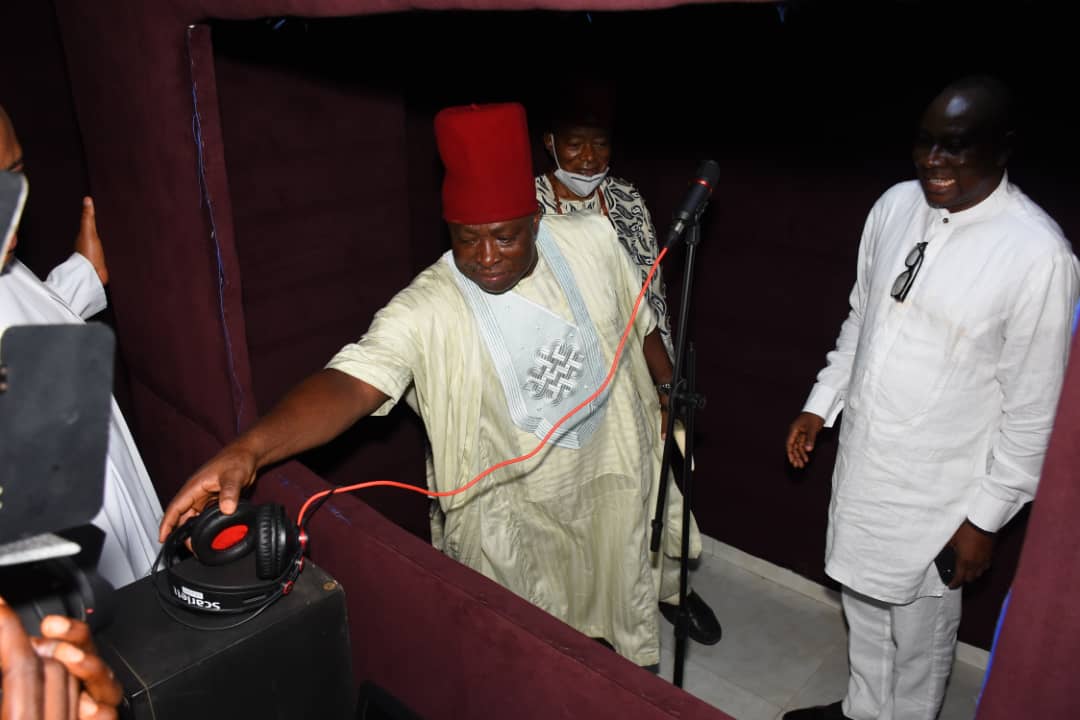 Fides gathered that Umeh who was moved with compassion after the news of the stealing of Dr. Ezeh’s car filtered in, promised to replace the stolen car with a brand new one.

Umeh said he reached the decision to buy a new car for Dr. Ezeh after much contemplation on how the retired principal would be going about his daily routine after making use of a car for more than 30 years of his active life.

He added that his decision was borne out of the commitment of Dr. Ezeh towards the progress of the school when he was the principal, noting that the former principal till date had been making valuable contributions geared at assisting the school grow in all areas.

On the church project, Umeh assured to see to the completion of the 1500 seating capacity project which he is currently building at Bubendorff Memorial Grammar School, Adazi-Nnukwu.

He said the convergence of the students, parents and others inside the ongoing Church building for the Eucharistic celebration that preceded the Cultural Day was the main reason why the church project was initiated.

He recalled when he was invited to the school to sponsor those to be confirmed in 2016 and how rain disrupted all activities on the said day as the Mass was held in an open place. He said such prompted him to take up the church project in a bid to provide the students with a decent place of worship.

Umeh who attributed his success to the impact of what the school gave him, said he would continually support the school to become the best citadel of learning in Nigeria and beyond.

‘My commitment to this school is very simple to understand. I was in this school as a College Student between 1975 and 1980, and this is the age bracket for the formation of character of young people and it represents so much in my life and my early beginning started here. Because of the discipline and the education I acquired from this school, I have been climbing the ladder of success in all I do.

‘The facilities when we were here were in very poor shape because the school was attacked by the Nigerian bombers during the civil war. After we had moved on in life and started receiving blessings from God, I felt that this school should receive attention from me and that’s why I and public spirited alumni have continued to transform the school. We are not leaving it to the government or the mission that eventually took over the management of the school. We shall keep partnering with them to ensure that this place is a good citadel of learning,’ he assured.

He enjoined other alumni of different schools to assist the state government in building a greater society.