The Palace of the late Igwe John Oduah of Akili Ozizor, the father of Senator Stella Oduah representing Anambra North Senatorial Zone has been abandoned by the Royal family following threat of coastal erosion.

Our correspondent observed that owners of many houses around the palace had since relocated to the upland area of the Community when they noticed the speed at which the erosion was destroying farmlands opposite the palace.

Senator Oduah and other members of the family, including her brother, Igwe Lawrence Ogugua Oduah who recently celebrated his maiden ofala festival, had since moved out of their father’s palace.

An eyewitness, who pleaded to remain anonymous, the fire started around seven O’clock in the morning from the staircase and quickly engulfed the upper apartment occupied by the Landlady, Mrs. Nkiru Chinwoko and a child of about seven years. 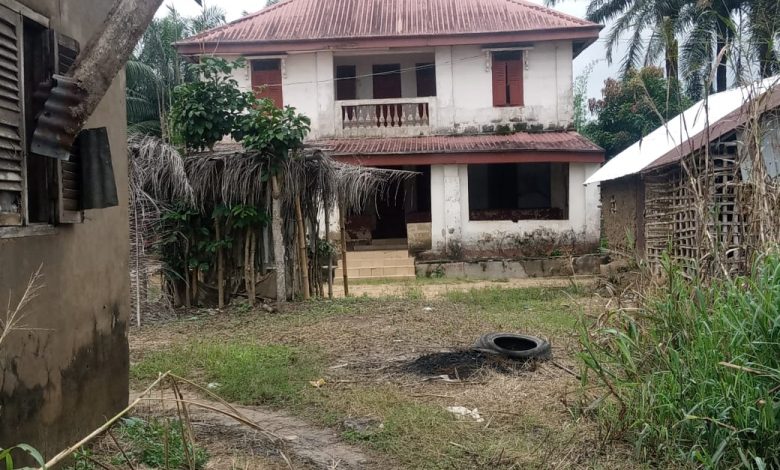 According to the eyewitness, he raised alarm when he noticed the fire, which attracted people from the neighborhood, who responded promptly to fight the fire before the arrival of the State Fire Service Crew.

He explained that burglary proofs on the windows were pulled off to rescue the landlady and the child.

The timely arrival of the Fire Service team, who quickly put out the fire, stopped the inferno from spreading to other parts of the building.

The cause of the fire could not be very well established as there are conflicting reports from different eyewitnesses.

While some alleged that the fire started from fuel stored under the staircase, others said it was sparked off from electrical appliances.

The Landlady of the house, Mrs. Chinwoko could not be reached as she was said to be receiving treatment for burns sustained from the inferno in an undisclosed hospital.