Ahead of the November 6 governorship election in Anambra State, Senator Andy has begun a ward tour of the 21 Local Government Areas of Anambra State as the quest for APC ticket thickens.

The tour which begun last Monday, saw the two time senator and frontline candidate visiting about four LGAs namely; Awka South, Awka North, Dunukofia and Njikoka LGAs, to meet the leadership of the party to sell his candidature to ensure he picks the APC guber ticket.

Speaking to journalists, the Director General of the Campaign Organization, Hon. Paul Chukwuma, said the tour was necessitated in order to connect with the grassroots at the wards and local government levels, describing the move as a strategic one adopted by the campaign organization. 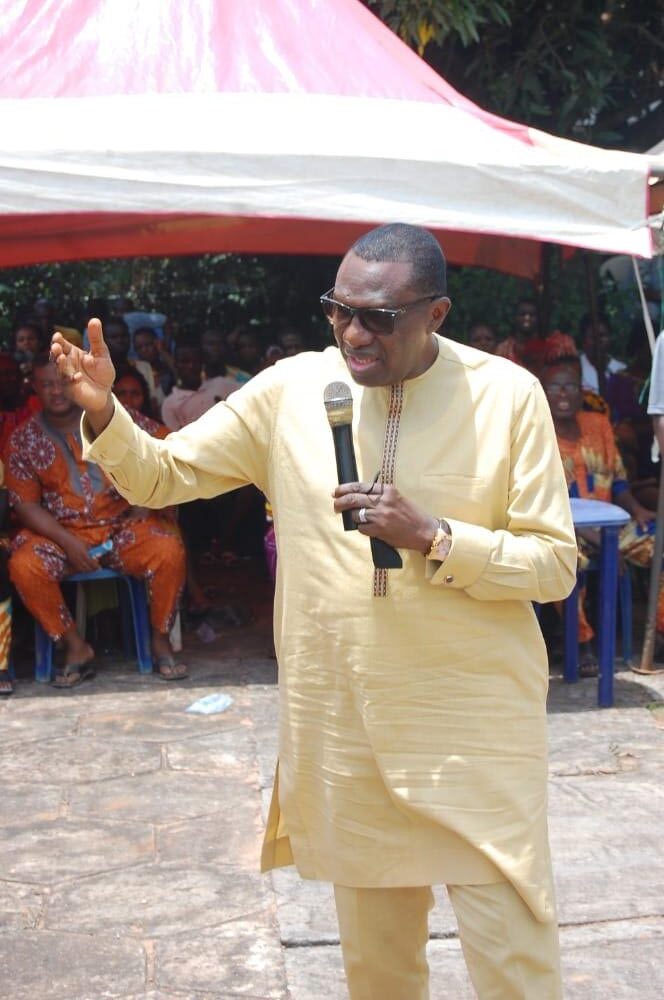 Hon. Chukwuma described the tour as an enlightening one as it also afforded the aspirant and his team an opportunity to see the level of underdevelopment in the state, stating that such an experience would force the aspirant to go back to his drawing board and see how such underdevelopment could be tackled within the first four years.

On the chances of Senator Uba emerging victorious in the forthcoming primaries, Chukwuma described Uba as APC’s best chance of defeating any other party in the state. He posited that in terms of experience, reach, financial capacity and popularity, all the APC needed with Uba was to give to Ndi Anambra a befitting programme and watch how voters would embrace the party.

For his part, Senator Uba stated that he was seriously in the race and that he needed nothing more than their prayers and support. He told the party members that it was about time that they put an end to the many struggles to win the gubernatorial election by sending him as their flag bearer. He urged the ward executives to understand that though the other aspirants in the state were as qualified to be governors in their own right, he alone possessed all that was needed to ensure that the APC became the ruling party in the state.

Uba embarked on the tour in company of the Ambassador to Burundi, Hon. Elijah Onyeagba; one time member of the House of Representatives, Chief Jerry Ugokwe; Hon. Fort Dike and Prof. Nicholas Igwe, among others.