Security in Anambra and Other Matters

It was Chinua Achebe, when talking about the situation in Umuofia that said something about the cord holding the community together becoming loose and the centre could no more hold, with things subsequently falling apart.

These lines from Things Fall Apart, a book written by Achebe, find expression in today’s Anambra State. The state which until recently was described glowingly as the safest one in Nigeria, is at this moment struggling to breathe amid the great upsurge in crime. 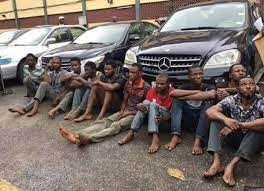 From Obosi through Onitsha to Awka, no one can be guaranteed of safety, especially if they depend on commercial vehicles. To worsen matters, many of the drivers of those vehicles are cult members, especially keke drivers, as we call tricycle drivers here.

Many have stories to tell about how they were robbed inside keke and shuttle buses across the state. But victims are not restricted to those using commercial vehicles. Car owners are not spared either. In some situations they have been forced at gun point to part with their phones and money while stuck in traffic.

While the robbery goes on, people will walk by, look at you, and look the other way. No one wants to risk their neck in what doesn’t concern them, so to say.

I recall the day the infamous unknown gunmen struck at Awka. While bullets were flying around the B Division and INEC offices, cultists-turned robbers were going

from hostel to hostel at Ifite, robbing students of their phones and money. These things are happening today because the fear of the law has become a thing of the past.

Indeed, ever since the police lost the public space; beginning from the EndSARS protests, hoodlums have become more brazen in their activities. It does not matter whether it is day or night.

In fact, it is even worse these days in day time as many have started going home early. This in turn, has been affecting those who do business in the night. I’m talking about night club owners and even eatery operators.

The police and sister agencies are no more in sight. Even traffic wardens are no more seen beyond 6pm. Everyone is scared stiff. Thus the scenario has become perfect for hoodlums to have a field day and we are all at the receiving end now.

In the absence of the government doing anything concrete to stem the tide, the citizens are taking own measures to safeguard themselves. Thus, at places like Nkpor, Obosi, Oba and Onitsha, criminals are now killed on the spot after petrol is poured on them and fire ignited.

Just as this is going on at those places, a new Bakassi outfit stormed a part of Awka on the invitation of some villages in Awka. They are charged with going after criminals and cultists and already, as I wrote this, six people had been killed.

To many, this is a crude means of fighting crime. To others, it is the only solution to having immediate peace. Personally, I don’t care how those pernicious elements are dealt with. When they catch you, they show no mercy; so why should they expect mercy? This is no time for ”decorum”.

The situation needs very drastic measures and as long as no innocent soul is lost, I’m game to the present method. Later when things must have cooled, we can begin to apply finesse to the whole thing.

And things cooling off will involve the security agencies reclaiming the public space. Their absence has been sorely felt and without the present measures taken by members of the public, only God knows what tomorrow would have looked like.

Recently I saw the Minister of Labour, Senator Chris Ngige, labouring to defend our President, Muhammadu Buhari, on Channels Television. He was trying to present Buhari as one who abides by the Constitution of the land.

His efforts were pitiably laughable. Ngige’s efforts to paint Buhari and his government in good light is the sad story of many Igbo appointees in that man’s government. They all know what that government has done and has been doing to the people of the Southeast; yet they pretend they do not know.

In saner climes, people like Ngige would have resigned their appointments long ago; being that it is shameful for any right thinking person to be associated with a murderous government like Buhari’s.

Indeed, what manner of Igbo person will still have any business to do with Buhari after what he and his government have been doing to their people? Before now, Ngige was always hailed as tough and fearless, mainly because of how he squared up against those who foisted him on the people of the state way back in 2003.

I said then that he was fighting for his life and like a drowning man, was clutching at every available straw to save himself and therefore should not be considered a hero. If he was a hero and if he was strong and tough, why did he follow them to the Okija Shrine in the first place to swear to an oath?

Now, should have been the time for Ngige to display that toughness by resigning from this blood thirsty regime. But no, he is in no hurry to abandon the sweet lucre of office.

Ngige and all other appointees of the Southeast should really bury their heads in shame for choosing the perks of office over the wellbeing of their people.

But what do you expect when the likes of Gov Umahi of Ebonyi State are joining same government because of their personal political ambition? As we say, na dem dem.

Do We Really Need an Igbo President?

Among the issues on the front burner in Igbo Land today, is the case of Nigeria producing a president of Igbo extraction. Indeed, as we argue, it is our turn to be president after all the other major ethnic groups have taken their turn. In fact, for whatever it is worth, we should be given this chance.

But then, it is becoming increasingly clear from happenings in the country at the moment that a president of Igbo extraction will fail in office. I say this because I am yet to see an Igbo man who can handle the pressure and who can be tough enough to subdue the cabal in the north. And that is if such a person is allowed to become president. In fact, it is easier for an Igbo lackey of the present APC Government to emerge president and be doing the bidding of his masters just like the Imo State Governor, Hope Uzodimma, than for an independent minded Igbo man to emerge the president.

The APC I know will never allow an independent and strong minded Igbo person to become president. They can only allow an Igbo man to be president if the pressure becomes too much but that Igbo man will be one chosen by them and that Igbo man will dare not move against his masters or he will risk dying mysteriously in office or being ousted in a coup.

difference in our fortunes, we will begin to realize that being president has not solved our problem, same way Imo people are realizing that Uzodimma is not the solution to the problems of Imo State.

What should be the way out then? Number one is a restructured Nigeria. If we come together as a country to talk and discuss our problems and agree to have a country where every tribe will be free to aspire to any height on a level playing field, it will be better for everyone; Igbos particularly. We will simply utilize our creative nous to jump ahead of others with the level playing field created. What we really need is freedom to operate; not being president. But then, whether a lackey or not, we still need our man to be president. We need this to happen in order to help us maintain our sanity and self-worth.

Another way we can thrive is to create a common pool in the Southeast and develop our land in such a way that all the governors will pool resources and contribute to that common fund. This will be from where we develop the entire region; connect industrial cities by rail and road, do all that is necessary for our economy to thrive, and in this way be self-subsisting. It is then that we will forget Nigeria while still in Nigeria.

Nnewi people have done that by the way they all embraced making their town the industrial hub of the nation. So, if they can do it at a micro level, we can do it at a macro level. If we are self-subsisting, do we still have need to clamour for presidency, which, in all intents and purposes, may not actually give us what we want. Let’s think about this.