The Anambra Independent Football League, (AIFL), some independent Club Owners in the AIFL  has tasked the Anambra State Football Association, (ANSFA), and the Anambra Sport Development Commission, (ASSDC), to help secure sponsors for the league, before the commencement of next season which comes up in August.

The club owners who stated this during the AIFL last council meeting held in the month of June 2021 at Fides Media Complex, Nodu, Okpuno, Awka, reinstated it plea last Tuesday July 20, 2021 during the committee meeting in preparation AIFL Season 5 Grand Finale. 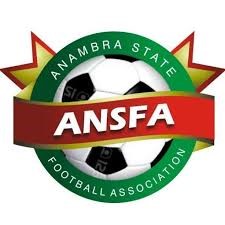 According to the AIFL resolutions made available to the media, the club owners disclosed that the league was the only grassroots football league in the state and that it was undergoing some challenges due to lack of sponsors and they charged ANSFA and the Chief Tony Oli Led Administration of ASSDC, to come up with solutions.

‘We observed with deep concern that in the last four seasons the AIFL had no sponsors which has indirectly affected the progress of the league, it therefore tasked the ANSFA and ASSDC to ensure that they help secure sponsorship for the League before the beginning of the next season.’ said the Club owners.

Meanwhile, the body also praised the Anambra State Government through the chairperson of ASSDC and ANSFA for cooperating and supporting the AIFL which has given the league a boost and enjoined all Football stakeholders and fans in the state and beyond to support AIFL.

Fides discovered that the Chief Oli-led ASSDC, had pledged the sum of 1 Million Naira and branded trophy to the AIFL which are expected to be presented to AIFL by Governor Willie Obiano in August.