Few days ago my eyes saw my ears for the first time in my life. I couldn’t believe it. Before then I normally saw my ears through a mirror. It is quite abnormal for one to see his ears with one’s physical eyes. Could it be a miracle or an omen of what is to come? I went to bed on that day in sober reflection.

Sleep eluded me for hours before I dosed off almost at daybreak. Surprisingly, when I woke up late as the sun was rising, my eyes couldn’t see my ears again. I was engrossed in confusion. My pondering did not arrive at any answer about the unnatural occurrence and the sudden disappearance of my ability to see my ears once more.

Indeed the last has not happened. Just barely one week now, I was behind the steering on my way from Awka to Enugu through the old road. At Ugwuoba axis I saw a cluster of people from far distance. They stood on both sides of the road watching something.

I speculated that it could be an accident scene. My curiosity made me to drive faster towards the spot. On getting there, I saw a young man of about 30 years old walking acrobatically upside down. I was duly informed that he took off from Amansea and was on his way to Enugu. 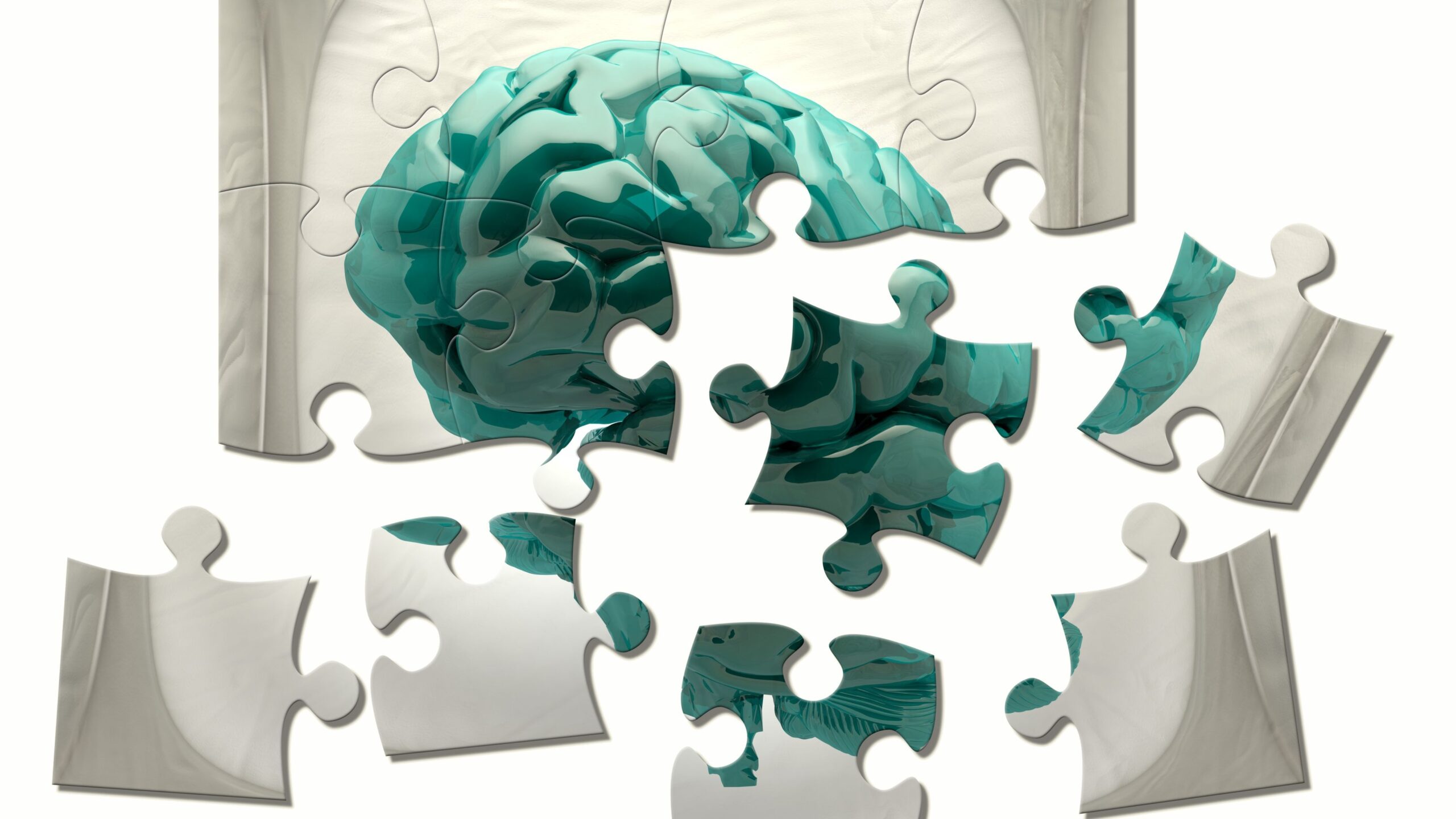 His two hands served as legs while putting a pair of shoes on his fists converted into feet. His head was down while his two bare feet were pointing upwards. He boasted of walking in that position until he reaches his destination Enugu.

His abnormal action drew attention of many journalists from far and near. So many other people were there as eyewitnesses.
The camera and video men focused their lenses at him right from his starting point. The journalists were all struggling to get some words direct from his tongue on why he embarked on such tortuous and abnormal journey. He told them that everything in Nigeria and the whole world has become abnormal nowadays.

Therefore he decided to embark on the abnormal long journey from Amansea to Enugu in order to make history.

My lips unconsciously stood open as I was watching the scenario. I was driving at millipede pace in order to capture the action of the abnormal man. It was when saliva dropped out of my mouth that I became conscious and then I shut the doors of my mouth with alacrity.

I saw the action of the young man as stupid and impossible. Only a spirit can undertake such inverted long walk to Enugu. I vowed to be part of the abnormality as I marched on the break at intervals. After a kilometer, I discovered that my fuel gauge was nearing the red line.

Also, if I continued to travel on that slow pace, I might reach Enugu at the break of the next day. My mission to Enugu was more important than the young man’s historical expedition. Thus, I sighed and exclaimed, “What a stupidity! Am I crazy?” I accelerated the throttle of my car and disappeared like an aeroplane.

It was later that the fate of the young man’s abnormal endeavour reached my curious ears. After four hours of his upside down journey to Enugu, blood started oozing out from his nose and eyes. He was also foaming at the mouth.

Consequently he slumped beside the traffic road. Luckily for him, a good Samaritan driver was at hand to pick him up and rushed him to the Teaching Hospital, where he was placed in the intensive ward. Specialist doctors battled tooth and nail to resuscitate him.

He was infused with oxygen, glucose, lucozade, blood and water. An eyewitness who wants his name not to be mentioned said that the young man’s chance of survival was very minimal at the time of this report. I believe that if he dies, he would face abnormal judgment before God.

How I wish I will be at the divine court on that day as an eyewitness and ear-witness of the abnormality!

Many mysterious births are taking place these days. In an undisclosed maternity hospital, a baby boy was born with an old man’s ugly face. When the father came to see his newly born baby boy, he was taken aback.

He spat thrice on the floor and shouted, “God forbid! Is this a monster or a human being? What an abomination!” He abandoned both his wife and the newly born old man and left for an unknown destination. It is over three months since his disappearance and no trace of him could be obtained.

Could you believe that the old face baby boy was born with complete dental formula? He attempted to bite off his mother’s nipple each time she breastfed him. On one fateful day, the mother of the newly born old child pretended to go to the toilet in order to ease herself.

She looked right and left and saw no one. She disappeared also to oblivion. With the permission of the state government, the hospital authority took the old child to an orphanage home. The Matron in-charge of the home could not believe what her eyes saw.

The children in the home were scared of the new comer ugly baby due to his monster old face. He was born with the molar and premolar teeth intact. He started to consume meat and crush bones right from the day he was born. What can the abnormal old ugly child turn into? Time shall tell.

A certain childless couple came for adoption at the orphanage in question. The matron hurriedly presented the old child to them for instant adoption. The couple rejected him outright.

They stated that it would be better for them to adopt a monkey than the old ugly child. However, he should be treated with human dignity till he proves otherwise.

A fortnight ago, around 12noon I came out of my residential quarters to enjoy the heat of the sun due to coldness of the harmattan abnormal season. I saw the pupils of a nearby primary school coming out in drove with their schoolbags hung at their backs and some on their shoulders.

They were filled with extraordinary happiness. It was on a Friday. I called one of them and asked her, “Where are you pupils going at this odd time?” With child’s simplicity she replied, “Father, we have closed for the first term and shall begin the second term on Monday.” I quickly calculated the period between the Friday and the Monday in question. It was only a two-day holidays.

It was absurd and abnormal. There was not enough rest. I pitied the pupils. Could you believe that the students of a nearby secondary school attended school on Saturdays in order to meet up academically? The Nigerian academic period has become totally abnormal since the onset of the Coronavirus stupid pandemic.

It started from Covid-19 and spilled into Covid-20 and now Covid-21. If the virus survives till 2023, it may vie for the Nigerian Presidential Election. Only God knows what will happen if Coronavirus becomes Nigeria President. If that happens, I shall apply for Visa into another planet.

It is quite abnormal. Who knows when the rainy season will begin this year? What happens if the rain fails to come at all? God forbid!

In our country Nigeria today we are sleeping with two eyes open because of insecurity in the land. Blood is flowing like river everywhere. Boko Haram terrorists are on the loose. Kidnappers are everywhere collecting millions of ransom and also killing some of their victims.

Many bloody Fulani herdsmen have occupied the forests: kidnapping, killing, raping and maiming people going about their daily businesses. Bandits are doing the same. The federal government embarked on negotiation with terrorists and bandits. It is abnormal.

After allegedly paying them off with millions and billions of Naira to secure the release of their victims, especially students, the bandits and terrorists continue their nefarious activities to enrich themselves more. It is the same federal government that bombs security men defending their territory against unjust attack.

Traveling has become a nightmare in the country. The federal government seems to ignore her primary duty of protecting lives and property of her citizens and residents.

Indeed our country Nigeria is in abnormal period and needs abnormal solution. Presently tribalism, marginalization and nepotism are at the climax. Restructuring is now inevitable.

Our corporate existence as a nation is at a stake and demands urgent re-negotiation at a round table by the various ethnicities that make up Nigeria. Dialogue is better than bullet. The abnormality needs to be normalized immediately. Almighty God, come to our aid! We need your Divine intervention, lest we perish.