School Fees and other Self Inflicted Wahala

The festive period is over and the stark reality many will face is the emptiness of their pockets. Indeed, January has never been the friendliest of months, given its penchant to brutally remind one of the true state of things. Really, all the booze and merriments of the festive period soon give way in January to despondency as such issues as hustling all over again begin to come up.

There is also the issue of the kids returning to school; as well as families returning to their stations; not to talk about the almighty issue of rent. These things and others usually make January appear to be the longest month.

But then I’ve often found out that we are the architects of our wahala during this period simply because we do not want to appear the poorest in the neighbourhood. We want to belong, even if we know we don’t truly belong and thus we plunge headlong into avoidable trouble which we battle with for the rest of the year. 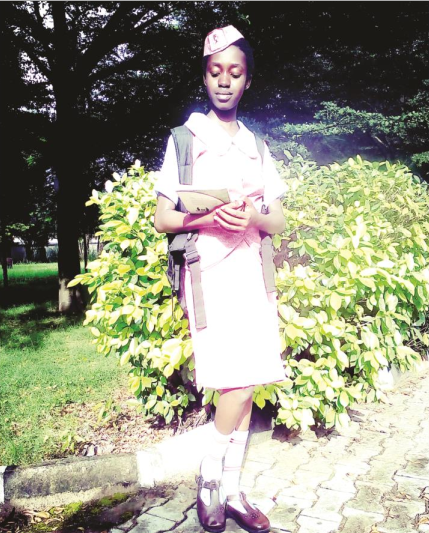 I’ve often wondered what it is they teach these kids in school that warrants such outrageous fees in private institutions. Is it because they speak the English Language better than their counterparts in most public schools, even though students of public schools have been excelling at competitions over their private school counterparts. I just don’t know.

But because many parents see their wards and children going to private schools as a kind of status symbol, they allow themselves to be fleeced. This is not saying there aren’t private schools with experienced and qualified teachers, but such schools, when you find them, charge exorbitant fees that put parents in trouble.

So parents have the choice between going for what they can afford or what they can’t simply because they want to be seen to belong. Whichever option they choose is their own cup of tea. They should not complain. But they should know their pains are self-inflicted.

Road Bumps too Many

Travelling across the state or beyond is no more fun. On top of the bad roads have been added road bumps put up by communities to ostensibly minimize accidents. But unfortunately, such road bumps have often caused accidents themselves where they were suddenly put up without warning signs or constructed too poorly.

Apart from that, in many places they are put up so close to one another that movement is greatly hampered; while they are also surprisingly put up in some places where people do not live or work. Thus one wonders what they are doing in such places. Because their preponderance and the poor state of roads, journeys have become nightmarish.

Recently the Anambra State Government warned against what it called unauthorized construction of road bumps and threatened to dismantle some of them. It was a heartwarming warning which I pray will be followed up. Many of these road bumps don’t make any sense as they appeared to have been put up just for the hell of it. It is unacceptable and is yet another instance of our people causing themselves avoidable wahala.

Religion is good insofar as it is done within the confines of reason. But these days many people have rather been going about their religious activities like zombies, spending many hours in the church at the detriment of their livelihood or sinking their hard earned money into cockeyed schemes, no thanks to the many new generation magic churches that are all over the place.

The pastors of these churches seem to have perfected ways of milking their members dry that it is a great wonder how those members are still wallowing in blissful ignorance. The other day I came upon one post in the social media which caught my fancy and which best illustrates how these miracle churches take their members to the cleaners. Read on.

Today, my Pastor climbs the pulpit, “The First basket is for your tithes, the second is for your Sunday offerings. Please drop your donations for the orphanage on the 3rd basket. The church building collection is on the fourth basket. Listen, children of God, we need to donate abundantly for the school’s roofing project. Make sure you put something in the 5th basket for that.

The 6th basket is for the pastor and bishop’s meal and I know you all don’t want your pastor to stay hungry. The last but not least basket, the 7th one, is for our contribution to the headquarters. Daddy GO said we have not been doing well. Please if you don’t want the house of God to be closed, empty your pockets on the 7th basket. As it is the 7th basket, the Lord shall empty his blessings on you all through the 7 days of the week. God loves a cheerful giver. Hallelujah!!”

The people will reply “Amen!!”

The drummers begin to sing and they file out; dropping their hard earned pennies from one basket to another and strolling deeper into penury.

When that is over, the Pastor climbs the pulpit again.

“Listen to these important announcements…

On Monday is men’s Pentecostal fellowship. All the men should endeavour to be here if you want God to perform his miracle in your life. The women too shall meet at the same time – Time 10am till 4pm.

Tuesday is healing and counseling ministry. If you are not here consider yourself lost for the week. Everyone must attend. We are inviting a Unique Minister of the gospel. Give Jesus a big claaaaaap!!!!

Wednesday is midweek service. There shall be 5 services, from 7am to 7pm. All church workers Must attend.

Thursday is the general meeting. Papa wants to talk to us all about this Heavenly race. If you are married and you miss this opportunity, I pity your family and your business.

Friday is for choir rehearsal and those getting ready for confirmation or to start collecting the Holy Communion. You all should be here.

Saturday, please the men’s group and women’s group should come and clean the church and its surroundings.

Sunday… we all know, we all should be here again… may God bless you all.

A man or woman who falls into all these groups somehow will scream “amen” and out of the fear of God, from Monday to Sunday he comes for one activity or the other in church and end up blaming PDP or APC when he is unable to pick his bills when all the seven days of the week are lived on brainwash.

This is NOT just the Lamentations of a bishop, it is the parable of the African Christian and his endless hope on miracles and manna from Heaven

This 2022 is not for the deceived or the deceiver… save my people or stupidity will kill them before their time!

The above just about says it all about how some people, through sheer ignorance, subject themselves to the whims and caprices of miracle pastors just because they are looking for quick fixes to the problems. But they forget that success only comes through hard work. Those pastors fail to tell them that if they stay in the church every day of the year without working hard for their living, they will end up enriching the pastor and ending up as church rats: very poor.

The amazing thing about many of such people who throng these churches is that while at their previous churches (usually the orthodox ones), they only went to church on Sundays, if at all, and took part in no other church activity. But once they are deceived into leaving their original churches, they practically live in their new churches and abandon their means of livelihood.

Why they do this may yet constitute the Eighth Wonder of the World. But in this new year, such people will do well to avoid such self-inflicted harm by not being part of those fooled by pastors of miracle or magic churches.