The convention which took place at Arcbishop AK Obiefuna Retreat Pastoral and Conference Centre, Okpuno, in Awka Anambra State  attracted over 70 students, friends, and well-wishers among others.

The 3-Day Convention, which held from the 14th day of October to October 16, 2022, was, according to the Pioneer National President of the Association, Prof. Charles Okechukwu Esimone, to bring the old students into a single unfied body  as well as contribute toward the infrastructural development of the school. 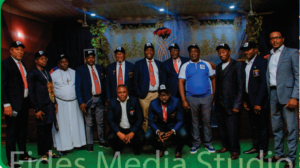 Prof Esimone who doubles as Vice Chancellor, Nnamdi Azikiwe University, Awka,  reaffirmed that the reason for coming together to form the union is to fashion out ways to contribute their quota towards improving the lives of thier members; sustaining the facilities in the school, as well as the quality of education offered therein while noting that they had a huge assignment ahead of them which required a high level of commitment from all of them to drive the vision. 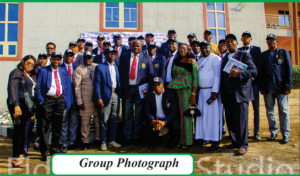 On his part, Mr Oben Charles, Coordinator of the Lagos Chapter of the Association, while passionately calling on all stakeholders to be committed to the visions of SOBA, explained that the essence of the gathering was for the old boys to interact, resuscitate old alliances and conviviality and as well make inputs to make the lives of members and the school in general better.

Highlighting the significant drives of unity of purpose among the old boys, Prof Jiburum, keynote paper presenter at the Convention disclosed the need to remain steadfast if their fondest wish in order to achieve the set goals within the shortest time possible.

He further expressed delightfulness over the quorum attended by the old boys. Adding that “With the kind of bulldog determination, commitment put forward by the congress I make bold to say that the noble objectives of the forum will be actualized in no distant time”. 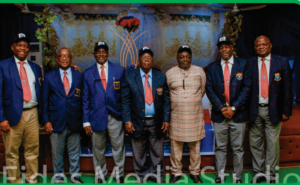 For his part, the Secretary of the Convention Planning Committee, Mr Gabriel Okonkwo, fondly addressed as (Gabii), advised the SOBAs on the dire need for cooperation among one another and appeal for dedication to championing the herculean task ahead.

The congress which was moderated by a member of the planning Committee, Mr Sly Maduforo, has unanimously agreed for the convention to be held more often for a retreat on the important agenda carried out by the forum with plans to visit Sasse, Buea, in Cameroon, March 2023.

At the end of the convention, the old boys exchanged pleasantries having taken several years away from their faces.

Highlights of the events were group photographs and Award Dinner Night 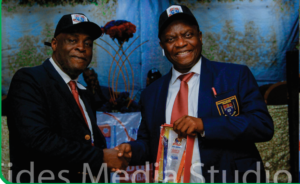 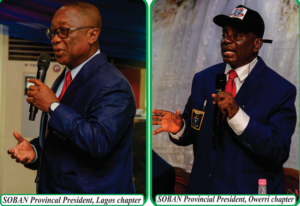 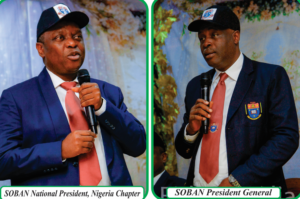