Saint Cecilia Saint of the Day for November 22

Although Cecilia is one of the most famous of the Roman martyrs, the familiar stories about her are apparently not founded on authentic material.

There is no trace of honor being paid her in early times. A fragmentary inscription of the late fourth century refers to a church named after her, and her feast was celebrated at least in 545.

According to legend, Cecilia was a young Christian of high rank betrothed to a Roman named Valerian. Through her influence, Valerian was converted, and was martyred along with his brother. 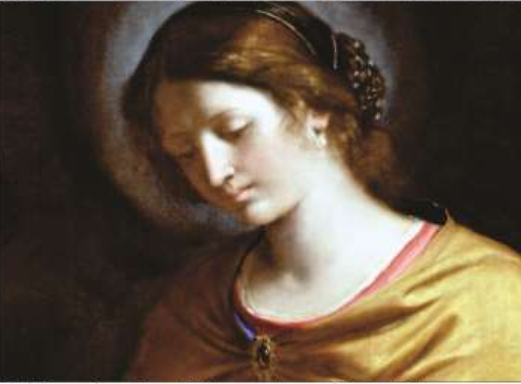 The legend about Cecilia’s death says that after being struck three times on the neck with a sword, she lived for three days, and asked the pope to convert her home into a church.

Since the time of the Renaissance she has usually been portrayed with a viola or a small organ.

Like any good Christian, Cecilia sang in her heart, and sometimes with her voice. She has become a symbol of the Church’s conviction that good music is an integral part of the liturgy, of greater value to the Church than any other art.

Saint Cecilia is the Patron Saint of: