…We Will Fix it Very Soon – Awka South LGA Boss

Residents, motorists and commuters from various parts of Awka have continued to lament the deplorable state of the roads in the state capital which is causing them untold hardship every day, report Mercy Hill, Alexander Johnson Adejoh, Precious Ukeje, Adejumoke Alebiosu and Elizabeth Awu Bassey

Fides discovered that inner city roads which serve as links to the major roads are in even worse condition.

And from every corner of the city: Goodwill Junction; Commissioners Quarters – Ifite; Obinago to Eke Awka; Ichida and Unizik Tempsite, it has been lamentations from residents and motorists over persistent vehicle damage and loss of man hours on the road. Isuaniocha Road in Awka North Local Government is also impassable. 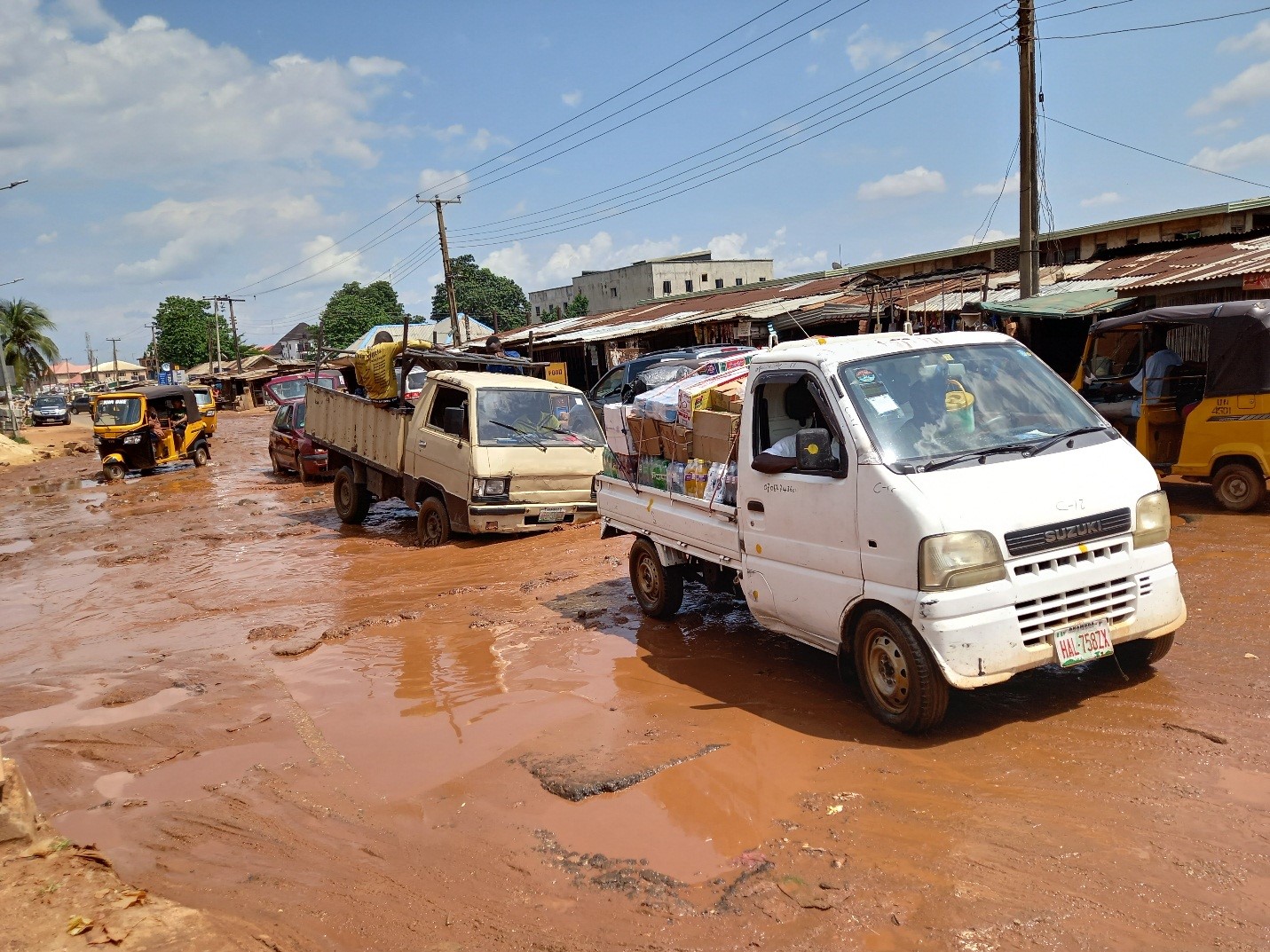 Residents of Okpuno in Awka South Local Government Council Development Area are also lamenting the difficulties resulting from the dilapidated state of the Y-Junction Road.

The residents, while speaking to Fides, said the bad state of the road had made commuting unbearable for them, adding that businesses in the area had collapsed.

When our team of reporters visited the community last Friday, it was observed that water had covered the road, while a good number of traders had closed their shops due to lack of patronage.

The residents and business owners in the area alleged of being abandoned by the government.

Daniel Emeka, a business guru, said the road had been abandoned for five years, adding that in the thick of rainy season, residents and business owners usually experienced more hardship.

Emeka said, ‘The road has really affected us, and it has been like this for the past five years. The Community Development Association usually makes efforts once in a while to make the road motorable but during the rainy season, people living around this axis usually pass through another route to get to their houses, abandoning where most businesses in the area are located. How will our businesses grow? Business activities along this axis have been paralyzed.’

He further disclosed that most times his eggs were damaged in the process of transporting them from the farm to his shop; this he attributed to the dilapidated state of the road.

A Keke driver, Chinedu Ibekwe, an indigene of Ebonyi but resident in Awka, who spoke with Fides at Tempsite said the road was not suitable for motorists, describing it as an axis currently being ruled by potholes. He said that most roads in the state capital were in terrible conditions.

He also revealed to Fides that they (Keke drivers) spent a minimum of N2, 500 weekly repairing their tricycles, owing to the bad roads.

According to the LG Boss, ‘As I speak to you, we have mapped out and intensified rehabilitation of potholes across Awka. We have initially started working on the bad roads around Eke Awka, particularly, St. Faith, and more roads have been covered in the last one month and we appeal to Ndi Anambra to be patient. If you have not seen our men in your area, they will get there soon.

Hon Nwuba hailed the Anambra State Governor, Chief Willie Obiano, for providing the best road network in the state, just as he challenged residents of Awka to imbibe the habit or road maintenance.