All over Nigeria, cases of morally decadent children are on the rise, with the trending story of the Chrisland School, Lagos, episode, still hitting hard on the sensibilities of people. Without going into the grisly details of what happened in the trending videos of the incident, it suffices to say that a hard look has to be taken on modern parenting which is where it all begins.

These days, it is as if there are many parents who are not ready for parenthood and yet rush into it. We also have parents who are too busy to care for their children, majorly because of the pressure of work. Either way, it is no excuse to leave their young ones at the mercy of dangerous influences that ultimately affect the psyche of those children negatively.

There is no doubt that many parents today do not really care how their children behave in the guise of doting on them, forgetting that if the rod is spared, the child is spoilt. Even in churches, one can see what some parents allow their little ones to wear, forgetting also that the church is one place children should be made to respect. 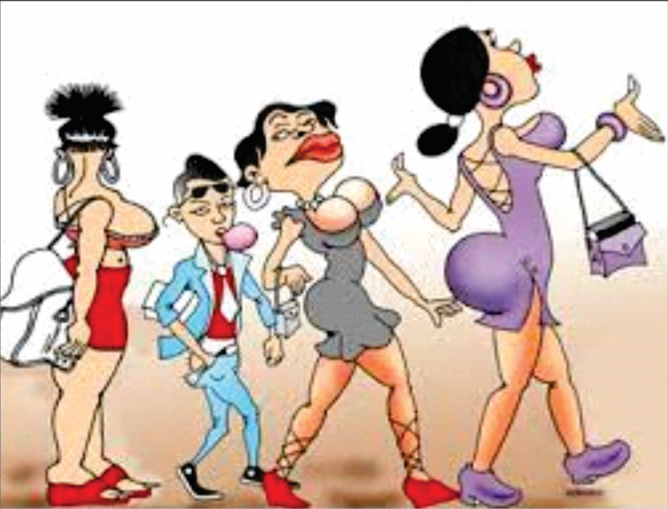 It is also in the attempt to make their children feel special that many parents buy them phones at an early age, thus inadvertently granting them the freedom to explore things that are inimical to their development. The mobile phone is no doubt one of the best technologies ever invented, but while it has many good uses to which it can be put, it is also an avenue for young people to derail due to what they are exposed to in the phone.

The children of the poor whose parents cannot afford to give phones invariably hook up with the other children in school and eventually become as bad as those they meet.

One could argue that the teachers have a lot to do to fight this scourge but we believe that if the home gets it right, society will get it right. Many children do not spoil in school and, indeed, ought not to spoil, if they get good and proper formation in their homes.

A child, for example, whose parents lavish gifts and money on will ultimately grow up to become accustomed to such and when they get into the higher institution they look down on others who do not enjoy the kind of luxury they are exposed to. Such students also treat their teachers with disdain and are likely to report to their parents whenever they are upbraided in school as though they expect their parents to come and fight for them.

When indeed a child is spoilt at home, there is not much the school can do to rectify matters, especially when such a child mixes up with their ilk in school.

It is quite scary to imagine what the female student in the Chrisland School saga will grow up to be, given what she has been discovered to be doing now. Hers seems a perfect case of failed parenting and it is obvious there are many more like her.

Parents should therefore, devote full time to the training of their kids and avoid treating them like royalty at such early ages. We insist that when the home front gets it right the rest will be easy. Parenting ought to be a full time job and those not ready for that should wait a while before going into it.