I want to use this medium to urge the federal government to revisit the three weeks National Youth Service Corps orientation exercise by placing emphasis on the Skills Acquisition and Entrepreneurship Development (SAED).

This is to curb the alarming rate of unemployment and insecurity in the country. Prioritising SAED will pave the way for job opportunities which would eventually end insecurity.

Undoubtedly, the three weeks exercise was designed to orient corps members on what to do and what not and about dealing with people in any environment they found themselves during the mandatory one-year service. This is to ensure safe service delivery, maintain the nation’s unity in diversity, cultural heritage, religious tolerance as well as boosting the nation’s economy through interstate and regional trade. 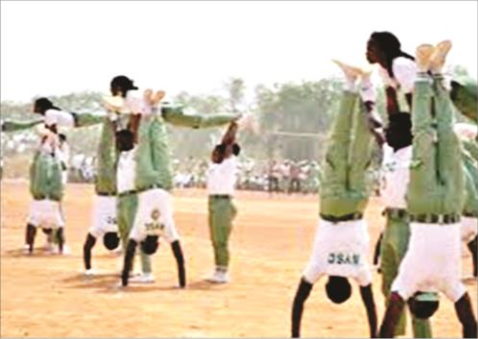 However, the exercise is lagging on the other hand considering the enormous number of unemployed graduates, which outweighs the workers; this happens in the federal, state and local governments.

Meanwhile, instead of the government (NYSC) to dwell and concentrate in teaching corps members how to be self-reliant after camp training, more emphasis has been placed on parade, lectures, man o’ war, among other less significant events throughout the three weeks exercise.

The lectures are very important unlike the parades because most times, the lectures are all about achieving national cohesion devoid of religion, ethnicity and cultural affiliations.

But, NYSC should understand that achieving national unity would never be attained in Nigeria so far as the number of jobless educated youth is increasing. Having business ideology among educated youth in Nigeria, would surely keep them busy as well as to think positively toward nation- building.

I learned that, throughout the three weeks orientation course on camp, only five days are allotted to SAED program though it is the most important in all the camp activities. The program would be of utmost importance to corps members considering the high rate of Unemployed graduates in the country.

To this end, I suggest that the SAED program should be given priority hence the need to resurrect the entrepreneurship skills among the teeming graduates to be self-reliant before and after the service year.

At least, Skills Acquisition and Entrepreneurship Development should be given two weeks. This would give the corps members ample time to study the skills well and apply them in their day-to -day basis after the camp training. But, and for now, five days isn’t enough for one to learn such a wonderful skill.