A few months back, the price of onions in Nigeria made strange headlines as the cost of the commodity hit an all-time high due to an apparent dip in the supply.

Currently, market surveys indicate that the price is on its way down as a result of new harvests.

In this special report, our correspondent reports that due to the increased number of onions, brought mainly from Northern Nigeria, the scarcity of the vegetable is now a thing of the past. 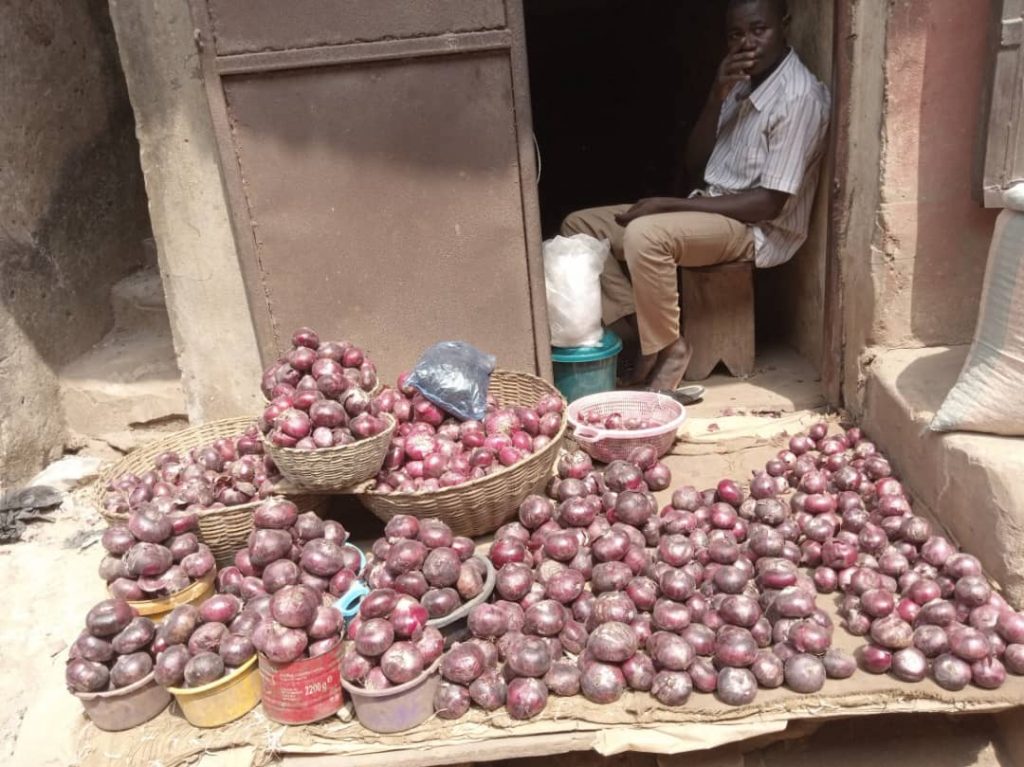 Though all vegetables are important mainly for their nutritional and health values, certain kinds offer unique culinary benefits.

Onions is one of such vegetables.

In Nigeria, Onions is grown mainly in the North States including Kano, Jigawa, Kaduna, Bauchi, Plateau, Sokoto and Kebbi States.

Few months ago, onion was like gold; expensive for its high demand and scanty supply.

Speaking on what prompted the hike in price, onions traders at Onitsha Bridge Head and Oko-Asaba Markets attributed the development to flooding, seasonal scarcity, covid-19 disruption, killing of farmers by herdsmen and the endsars protest which they said led to slow down in cultivation.

One of them, Mrs. Ngozi Okafor, said that the price of onions would further drop as its season of abundance is gradually getting closer, appealing to the government to build storage facilities for traders.

For Mrs. Ogechukwu Boniface and Mrs. Chinasa Anajemba, the blame on the high costs of onion months back falls on increased logistics charges.

Some buyers, including Ebele Adum, Chinonso Nosike and Ify Obidike, expressed happiness that the price of the commodity had come down greatly when compared to the past months, and called for a lasting solution to its scarcity to help the masses.