Rest in Peace Amazons of the Aguiyi-Ironsi and Okpara Families

Just last week, I woke up to the news that two former first ladies of Nigeria died within a space of 24 hours in between. Now, one thing that surprised me was that I did not know that those two women were still alive. I mean when you talk of Aguiyi Ironsi, you won’t imagine that his wife is still alive.

Remembering him is like remembering our ancestors. It’s like remembering things that happened in pre-colonial Nigeria. Who would have believed that his widow still existed. And when I hear the name, Michael Okpara, I can’t help but think about that Square at Enugu that was named after him. I guess immortalizing him makes me feel like he died like 100 years ago.

So when I heard that both women died I had to try and dig up stuff about them. I found them interesting. First of all, I searched for someone that could tell me some interesting things about the two former heads of state, but didn’t quite succeed. I had to go online, and what I found pierced my heart. 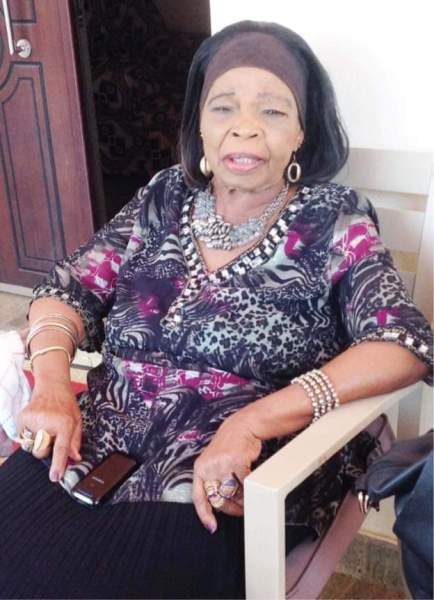 Yes.  years ago, on a Friday night at the Western Nigerian Governor’s Lodge in Ibadan, a group of soldiers led by Major Theophilus Danjuma committed a terrible act of treason. They accosted their Commander-in-chief, Major-General Johnson Umunnakwe Aguiyi-Ironsi, Supreme Commander of the Armed Forces and Military Head of state of Nigeria only six months in the making, stripped him of his epaulettes and his swagger stick shaped in the form of the Crocodile, and proceeded to arrest him and his host, the Military Governor of the West, Colonel Francis Adekunle Fajuyi.

These soldiers, some of them too high on drugs did not stop there: bruised and much bloodied, these two men were later bound hand and feet, as legends would have it, and tied to a military truck driven by Jeremiah Useni, through the streets of Ibadan, and taken to that quiet spot on Iwo road, where they were murdered and buried in mean and shallow graves.

I think what really caused me pain when I read this narrative online was the thought of him being tied with a rope behind the car and driving him around the streets. Oh my God. That was wicked!!!

And then I cast My mind back to his wife and how young she must have been then. I tried to picture her image in my mind’s eye. If she died at 97, it means that 55yrs ago, she was just 42. A sitting First Lady, mother of 8 children and widowed in a most traumatizing manner.

I think that another thing that really touched me was how silent she has been all these years. She was so silent that 95% of Nigerians didn’t even know she was still alive. I feel particularly bad that I never knew she existed basically because I would have happily interviewed her, to hear story and find out how she was able to survive all those years especially immediately after her husband was brutalized and buried in a shallow grave.

Perhaps I should I digress a little bit and talk about Chief Mrs Victoria Aguiyi-Ironsi.

In spite of the way her husband’s life was cut short, she lived her life till her 98th birthday before she died in the hospital at Owerri. I read the statement released by President Buhari by his special adviser on Media and Publicity, Femi Adesina where he condoled her family members. Buhari said so many things about her and I found it really touching.

He acknowledged that Mrs Aguiyi’s strength and exceptional courage through what he called ‘the darkest moments’ in the history of Nigeria, portrayed her as a mother of the Nation. He also described her as God-fearing and filled with valour. He said that the late Victoria never ceased to serve the country for the greater good and talked about how she worked relentlessly for stability, reconciliation, peace and healing in the country even though she already lost her husband.

He went on to say that she will always be remembered for setting a precedence for building a strong foundation for women’s leadership role in the seat of power as a pioneer member of the Nigerian Army Officers Wives Association, having shown so much passion in championing the welfare of families of military officers. He affirmed that after 55 years of her husband’s demise, her good works still spoke for her. I pray that her soul rest in peace. Amen

Just like the late Lady Victoria, the widow of the Late Doctor Michael Okpara who was the Premier of Eastern Nigerian Region between 1960 and 1966 during the first Nigerian military coup, Lady Adamma Okpara died at the age of 96.

These two women both lived in a way that they give their husbands encouragement which made them serve the nation selflessly. They were indeed proofs of the saying that behind every successful man there is a woman.

So who was Dr Michael Okpara? He was a medical doctor that served the nation simultaneously as Minister of health and minister of agriculture in the eastern region in the 50s before he was to become the premier for six years. He had no house in the world until his friends and associates publicly put money together to build him a house in his home state, Abia. Something that can never happen in our world today.

These two women obviously played major parts in the lives of their husbands and it is such a pity they had to die that early.

I was able to see the differences between the present-day First Lady and the those of the good old days. The modesty, prudence, silent strength and resilience are huge areas where they differ

I was reading the condolence message given by the Secretary to the Government of the Federation, Boss Mustapha, where he said that Madam Victoria will be sadly missed by the former first ladies in the country, considering that she will leave a big vacuum in the meetings held by first ladies as an icon of experience and knowledge in matters concerning the state. Now that is a very good thing you know when you do good and you don’t know people see what you do.

I pray that the souls of these great Amazons will find peace with God Almighty!