Regina Caeli Specialist Hospital Awka, led by her Manager Rev. Fr. Innocent Affusim on 20th December, 2021 officially wraps up the year in grand style. This was done after the pontifical mass held in the hospital led by the Catholic Bishop of Awka Diocese, His Lordship Bishop Ezeokafor when he commissioned the new infrastructural development in the hospital which includes ultramodern gate, Labour Ward, New ambulance, Funeral home

and Blessing of the statue of the resurrected Jesus. The catholic Prelate also gifted the best staff members of the hospital for the year. 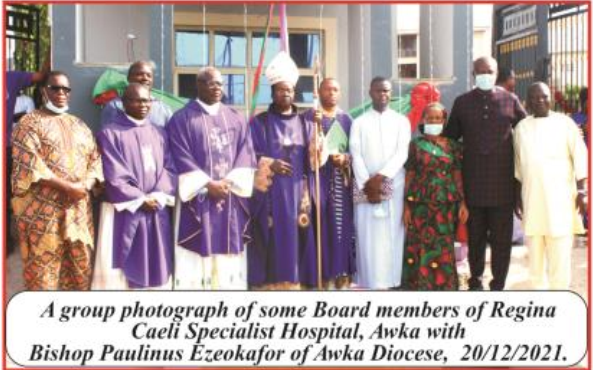 won’t be cut open to perform the operation. He said that through this technology, an urethral or prostratic stone can be removed without having to cut the body.

In his homily, Bishop Ezeokafor reminded the medical personnel’s especially the doctors and nurses of their vocation to save lives, therefore they should work with love, humility and utmost fear of God. He also advised them to not neglect the human psychology as one of the principal areas of attention while caring for a patient. 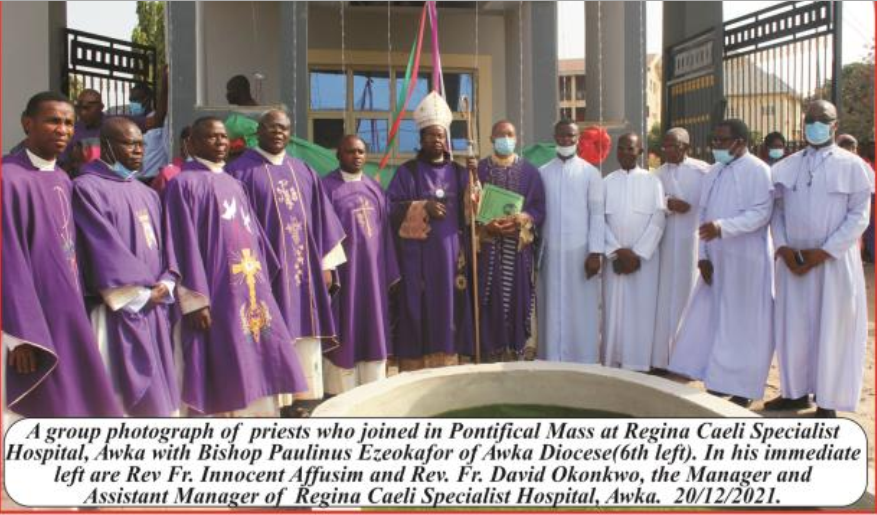 The Catholic shepherd in a special way lauded the manager of the hospital, Rev. Fr. Innocent Affusim for his dogged Ness and hard work over the tremendous growth of the hospital.

On his part, Rev. Fr. Innocent Affusim, thanked the Bishop for his fatherly support to the hospital and rendered his unalloyed gratitude to the staff members, who according to him are the pivots and driving force of the numerous development in the hospital. 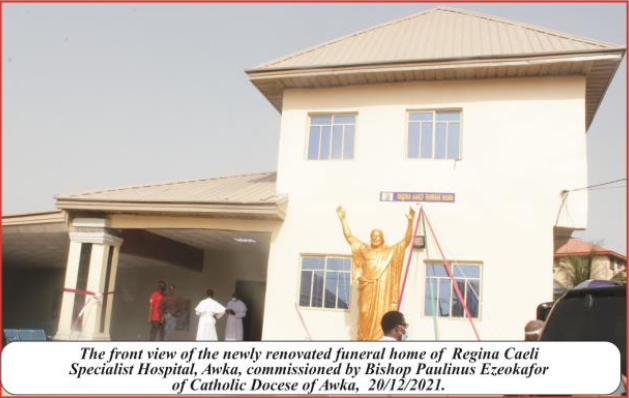 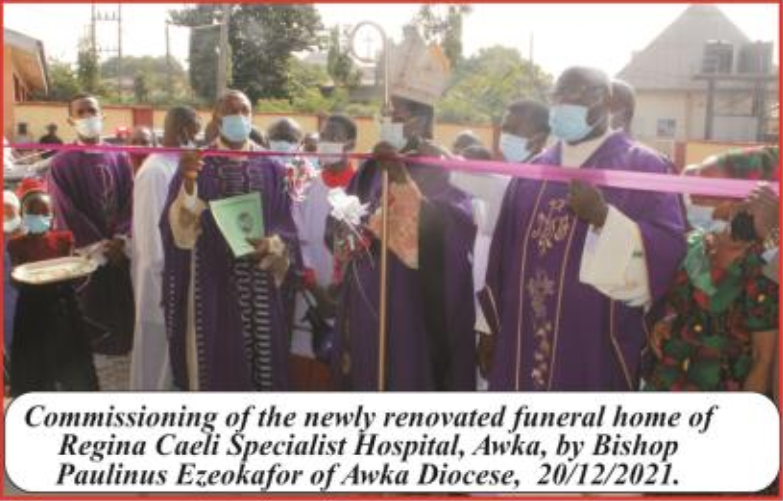 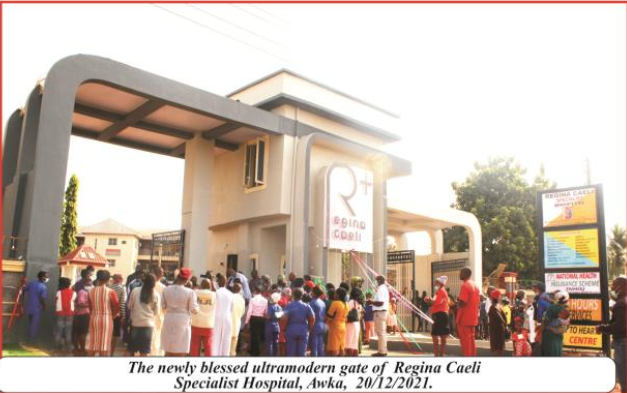 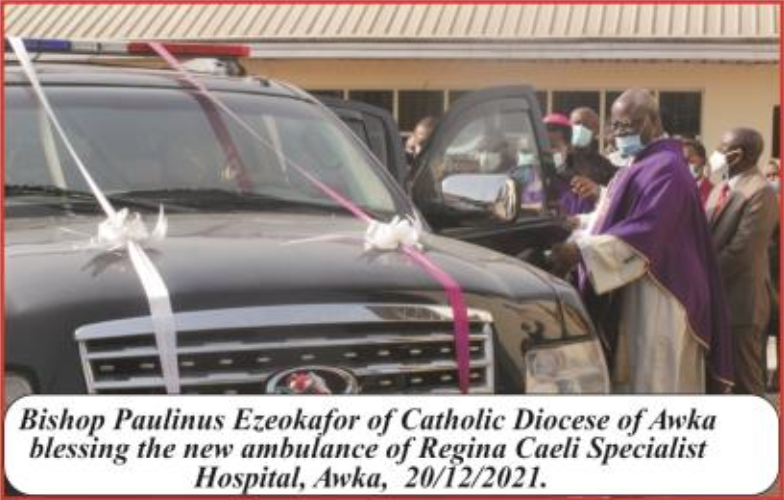