Last Sunday in Nnewi, all aspirants on the platform of the People’s Democratic Party, PDP, gathered in the country home of PDP chieftain, Olisa Metuh, formerly the national publicity secretary of the party for the Southeast Zone.

The purpose of the meeting turned out to be how to curb money politics, particularly in the forthcoming primary elections of the party to pick its candidate. At the end of the meeting, it was agreed that no aspirant should give any delegate more than three thousand Naira for consultation; while thirty thousand Naira is to be given for every other thing; including primary logistics, making it a total of thirty three thousand Naira for each delegate. It was agreed that any aspirant who spends more than the agreed total sum would be disqualified. 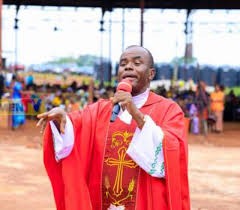 Well, it is always a good thing to make politicking less expensive. Money politics has spoilt things here, making it possible for many otherwise good candidates to fail. So, the initiative of Chief Metuh should be applauded.

However, when one remembers that the aspirants were made to spend a whopping N26 million each earlier, the new rule appears funny. In case you don’t now, nomination form was N20m; expression of interest was N1m; while N5m was charged for service delivery by the party, making it a total of N26m by each aspirant.

So one will not fail to ask why the leaders of the party failed to preach the same gospel during that time but allowed aspirants to spend fortunes on the party. But now it is the turn of the delegates to do their own bazaar, someone suddenly remembered the need to cut costs.

One more thing: Sunday’s meeting was convened; not by the state executive of the party, but by an individual (Metuh) who now holds no position in the party. This means that whatever decisions taken there will not be binding on the party; except being merely seen as gentlemen’s agreement.

And everyone knows the aspirants know the dangers of keeping to the letters of that agreement as every one of them will suspect that others will splash money secretly on the delegates, thus spoiling the show for those who won’t. Given that money speaks volumes in elections held in these parts, it’s a no-brainer that calamity will befall any candidate that doesn’t open their pocket.

In case anyone does not know, there has been a massive struggle by PDP members to become delegates. Even those who supposedly are rich joined in the struggle. The reason is simple. It is only in PDP that you have the biggest concentration of millionaire aspirants who are ready to break the bank to secure the delegates. Thus, virtually every PDP member has been praying and fighting to be a delegate in order to be part of the expected bazaar.

You can therefore imagine how disappointed they will be if at the end of the day, they will only go home with a paltry N33, 000. That scenario makes it easy for any aspirant who gives more though the back to get the support of many. This is one of the major reasons why this directive is seen by many as not feasible.

Those Bridges in Awka

On Saturday, June 5, a trailer laden with cows, had brake failure and sped down all the way from Aroma to Kwata Junction where it rammed into many vehicles, killing some people in the process, with many injured. That accident was one among many that have occurred there in recent time.

The accident occurred on the down lane of the bridge because articulated vehicles are prohibited from going through the top of the three bridges. Because these heavy vehicles don’t use these bridges, they often contribute to the gridlocks usually experienced there.

In many states, heavy duty vehicles whose drivers have no business in town drive through the bridges and remain on their way, thus saving other road users the trying experience of being caught in traffic jams; and, as was seen that Saturday, saving them from being hit.

Indeed, not a few people believe that had that trailer passed over the top of the bridge, it would have been forced to slow down while ascending the hill before the NNPC station.

That way, the driver could not only have avoided those vehicles he hit and the lives he extinguished, but could easily have chosen a safer place to direct the vehicle, after the hill must have forced the trailer to slow down.

Methinks therefore that the state government could do worse by opening up those bridges for use by all vehicles. A similar flyover at New Parts, Nkpor, carries all manner of vehicles and it was built before the advent of this regime. So if it can carry every vehicle, why not these ones in Awka. Allowing articulated vehicles to ply the bridges will save other road users a whole lot of trouble.

Fiery and controversial Catholic priest, Rev Fr Ejike Mbaka, was in the news again this past week. This time, the Catholic Diocese of Enugu came up with a pronouncement that it had banned Rev. Fr. Ejike Mbaka, the Spiritual Director of Adoration Ministries Enugu Nigeria (AMEN), from commenting on partisan politics.

The diocese also resolved that Mbaka would no longer solely oversee the activities of the ministry as its spiritual director.

This was contained in a letter signed by the Catholic Bishop of Enugu, His Lordship, Most Rev Callistus Onaga, instructing Fr Mbaka that the Adoration Ministry had now been converted to a chaplaincy.

Now, making it a chaplaincy, automatically brings it under the control of the Enugu Diocese and gives the bishop the power to appoint a chaplain to oversee its operations.

The bishop further stated that he could appoint any ministerial officer to assist the chaplains to oversee the pastoral activities of the ministry.

These directives, according to reports, were made public following Mbaka’s resumption of church activities of the ministry, after he announced he was proceeding on one-month private prayer retreat.

No doubt, this turn of events will elicit mixed reactions from the public, depending on one’s stand on the matter of Mbaka’s long running saga.

For those who throng his ministry every week and who have come to see him as the God they know, this could be bad news as it could signal the beginning of the end for the ministry which is what the takeover of control by the Enugu Catholic Diocese of the ministry will surely seem.

For neutrals, it may perhaps be the best thing to happen, as the activities of Fr Mbaka have been nothing but embarrassing to the Church and faithful. Indeed, nothing caused the Church more embarrassment than Mbaka’s actions in the buildup to the 2019 General Elections when on one occasion he openly showed himself as being influenced by the highest bidder.

Well, I’ve been one of those averse to his way of preaching. He seems pugnacious and always willing to dabble into matters that do not concern him. He always insulted leaders, especially past Enugu governors, in a manner that was unbecoming of a Catholic priest. I had often, during those times, wondered why he should not face his preaching and leave politics to politicians.

Yes, preachers should not be aloof to happenings around them but then, their comments must be done reasonably and civilly, rather than the crude confrontational attitude of Fr Mbaka.

His response to the his bishop after he was called to order the last time was shocking, especially after his utterances led to an attack on the bishop’s court by his flock.

All in all, I think what the Enugu Catholic Diocese has done is in order and this hoping that Fr Mbaka will reflect deeply on all that has transpired and turn a new leaf.

Ebubeagu and the failure of leadership in the Southeast

If ever there was a project that died at inception, Ebubeagu must be one. Ebubeagu was supposed to be the Southeast’s answer to the menace of Fulani herdsmen in the zone. After it was launched by the Southeast governors, however, it died as soon as the governors dispersed from the meeting that formed it. Last week, the man in charge of the security outfit, Gen Umahi, resigned in disappointment after none of the Southeast State Governors kept to the agreement of funding the outfit. He revealed also that the outfit was operating without an office.

Now, when one remembers how the governors of the Southwest had formed their own and supported it, what our own governors have done in the face of what seems an imminent enveloping of our zone by the herdsmen, one can only get mad at them. Ebonyi, particularly, has been in the eye of the storm as far as the attacks of herdsmen are concerned; yet their governor, Dave Umahi, continues to dither and offer nothing in the form of protection of his people.

Is it any wonder that Nnamdi Kanu is waxing strong on the minds of many with his ESN, even though his outfit has also failed to capture any hostile herdsmen to date.

But the greater blame goes to the governors who have the wherewithal to run a more effective security outfit but have failed woefully to do such. Are we cursed or are we the curse? I shudder.