People living within Awka and environs have cried out about the hike in the fare charged by keke or tricycle riders.

Fides gathered that the tricycle operators though banned from operating on the highways by the Anambra State Government, are heavily patronized by members of the public who see their services as offering one of the easiest means of transportation in some of the areas Okada riders were banned from operating in the state. 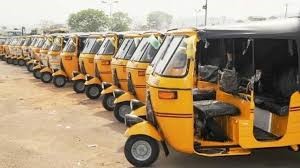 In an interview with some of the passengers, Fides gathered that those who board Tricycles from the axis of Zik’s Avenue to Aroma, Nibo to Awka, Eke Awka to Aroma and other areas within Anambra, have complained bitterly over the hike in transport fare.

Some of these areas which used to cost between fifty and seventy Naira now cost one hundred Naira.

Miss Chinasa Onyiuke, a sales rep at Aroma axis, disclosed to Fides how difficult it was for her to cope with the increment in transportation fare.

She said, having considered her salary income, that at the end of the month she would be left with nothing to take care of her other needs.

‘If these drivers continue with this high fare, it will be difficult for us that are paid peanuts. When this whole thing started during the Christmas period, we thought it would normalize after the season,’ she lamented

For one Mr Paul Uzoma, it is not the fault of the tricycle riders. He noted that every commodity in the market having become expensive, theirs would not be different

Mrs Ifeoma Arinze, for her part, narrated how difficult it was for her to cope with the hike in transport fare, considering the fact that she had to spend double of what she used to.

Explaining why they increased the fare however, Chinedu Onwe and Nzubechukwu Okafor, tricycle riders within Awka metropolis, in separate interviews with Fides, said they were acting on the instructions of Tricycle Riders Association, noting that they had to pay for ticket, park and loading fees.

They also said they were not even benefiting from the increment but, rather, it was the Union benefiting.

When contacted, the Tricycle Union Secretary, Mr Chinedu Inekwe, speaking on what led to the increment, debunked the assertion of the Union imposing the new fare regime on passengers.

He said there was no increment in the ticket fee, even as he explained that the proposed amount to collect was fifty Naira, though depended on the passengers’ bargaining strength.