The proposed Marian Pilgrimage Centre project for Legion of Mary, Awka Regia, has been described as what would be realizable in record time. This is as the former senator that represented Anambra Central Senatorial District, Senator Victor Umeh, and some other individuals gave their support to the project.

Fides gathered that Senator Umeh, who spoke at the celebration of the One Hundred Years Anniversary of Legion of Mary in the world by Legion of Mary, Immaculate Conception Regia at St Patrick’s Cathedral, Awka, Sunday, September 26, pledged his readiness to serve as the Chairman of the Fund Raising Committee for the Marian Pilgrimage Centre. This was even as another legionary, Mrs Chinwe Nweke, indicated his interest to serve as a member of the committee.

Speaking shortly after the Immaculate Conception Regia honoured him with Distinguished Catholic in Politics award, Umeh, requested for the opportunity to head the fund raising committee, from the Catholic Dioceses of Awka and Ekwulobia. 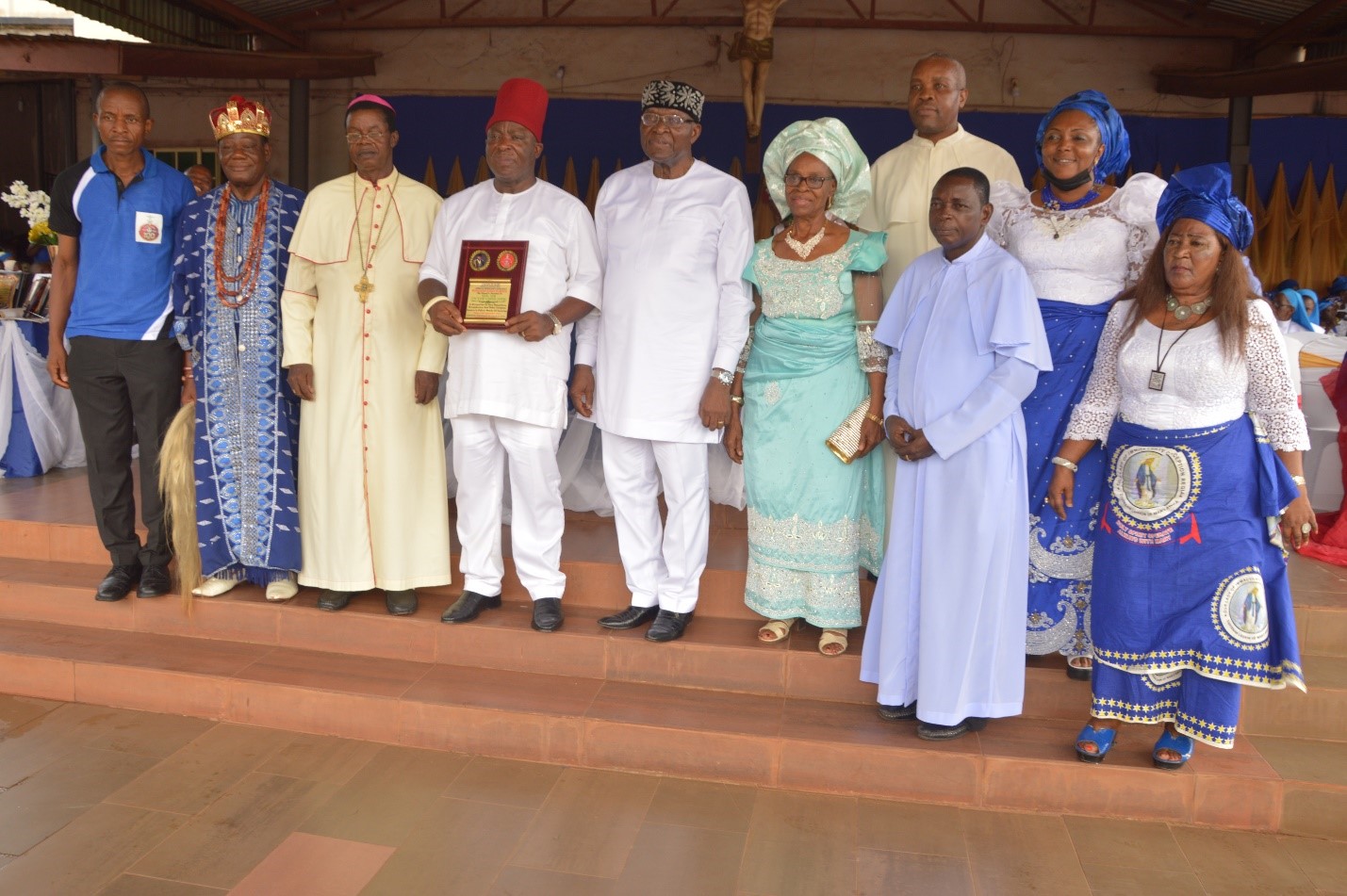 The senator explained that his intention to serve as the fund raising committee chairman was part of his continuous service to Holy Mother Mary and the Church, as well as to contribute his quota towards the actualization of the project, which he said, was a demanding one.

‘As a legionary I want to work and serve with the committee. If it will be possible I will like to serve as a chairman of the Fund Raising Committee so as to go round and look for fund that will make the project realizable. A pilgrimage centre for our Lady should be one that people who visited the centre would be overwhelmed with the presence of Mother Mary in it,’ the senator said.

Citing the Marian Pilgrimage Centre at Enugu, Umeh, noted that the pilgrimage centre for the Immaculate Conception Regia would be one that would be bigger than a cathedral, and would be able to accommodate a minimum of five thousand pilgrims at a time; even as he donated N5m for the kickoff of the project and promised to donate a giant statue of Blessed Mother Mary to the centre.

Responding, the Catholic Bishop of Awka Diocese, Most Rev Paulinus Ezeokafor, commended Umeh for his donation and for volunteering himself to serve the Church in the capacity of the chairman of the fund raising committee chairman. He described it as a welcome development.

In a related development, Senator Victor Umeh, had at the 2021 Annual Seminar/Workshop of Catholic Laity Council of Nigeria, Awka Diocese (CLCNAD), awarded a scholarship to a holy child member of the Council, Master Gregory Odinaka Nwambu.

Fides gathered that Master Nwambu had excelled in an Awka Diocesan Quiz Competition for the Holy Childhood Association, and was at the CLCNAD event held on September 18, decorated as an ambassador of the Laity Council. The Laity Seminar/Workshop, was held at Archbishop A.K. Obiefuna Retreat, Pastoral and Conference Centre, Okpuno (ARBAKORPACCO).

Announcing the scholarship award, Senator Umeh, who is one of the patrons of CLCNAD, said the scholarship would run till Master Nwambu, who said he desired to be a Catholic priest, was ordained a priest.

In his reaction, Master Nwambu, who is a JSS 3 student of St Michael’s Model Comprehensive Secondary School, Nimo, thanked Sir Victor Umeh for the scholarship award which he said, was a godsend.

He said he had desired to be a Catholic priest, but his parents, Mr Uchenna and Mrs Paschaline Nwambu, did not have the funds to finance his dream.