…Says God’s Faithfulness has been Overwhelming

A multi-Million Naira edifice named ‘The Grotto of Our Lady of Perpetual Help’ has been erected for the Blessed Virgin and donated to Sacred Heart Chaplaincy, Ngozika Estate, Awka by the family of Prof and Prof. Mrs. Fabian Emenike-Obi.

Prof. Emenike-Obi, while heading over the keys of the Grotto to the Catholic Bishop of Awka Diocese, Most Rev. Paulinus Ezeokafor for its official opening and blessing, expressed optimism that the Grotto would serve the need of the chaplaincy.

Fides gathered that Prof. Emenike-Obi, a Barrister and solicitor of the Supreme Court of Nigeria, Chartered Arbitrator, educationist and also the Supreme Secretary of Knights of St. Mulumba, Nigeria, hails from Agulu in Anaocha LGA, Anambra State. 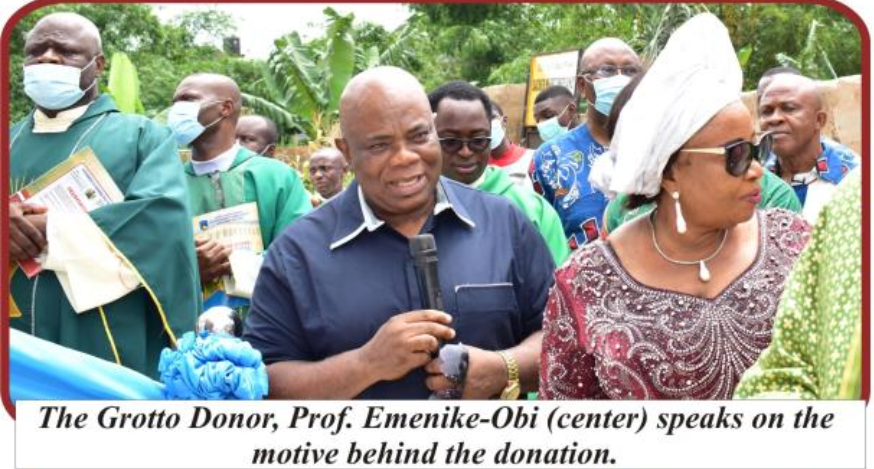 Speaking on the motive behind the project, Prof. Emenike-Obi who was the Principal Secretary to the Governor of Anambra State during the Peter Obi’s administration, said his family decided to construct the edifice for the Blessed Virgin Mary in order to thank God for his faithfulness and unmerited grace upon them.

He stated that the project was a way of recording his family’s signature in the work of God and draw people closer to God. He urged others to donate for the propagation of Catholic faith, saying that any investment done in the house of God has a special way of attracting continuous blessing to the donor. 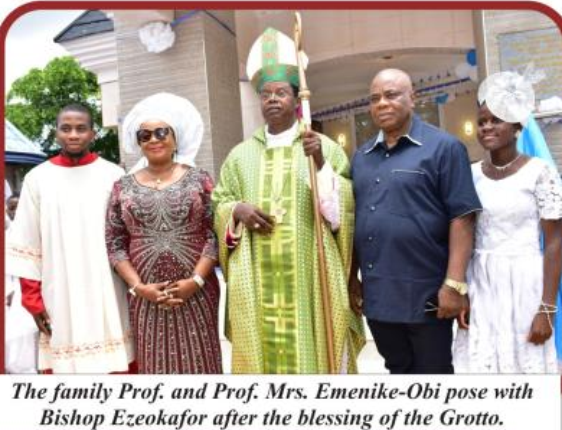 The Supreme Secretary of the Knight of St. Mulumba Nigeria, expressed optimism that the Grotto would provide conducive place for people to mediate and commune with their creator for a deeper and more effective relationship, saying that the project was not a show of affluence but a sacrifice made in the vine yard of God.  He disclosed that most of the things and positions he had occupied came through God’s help.

Prof. Emenike-Obi who was awarded by the chaplaincy sequel to his contributions and assistance towards its growth, described awards as an appreciation from a group of people in recognition of someone’s effort. 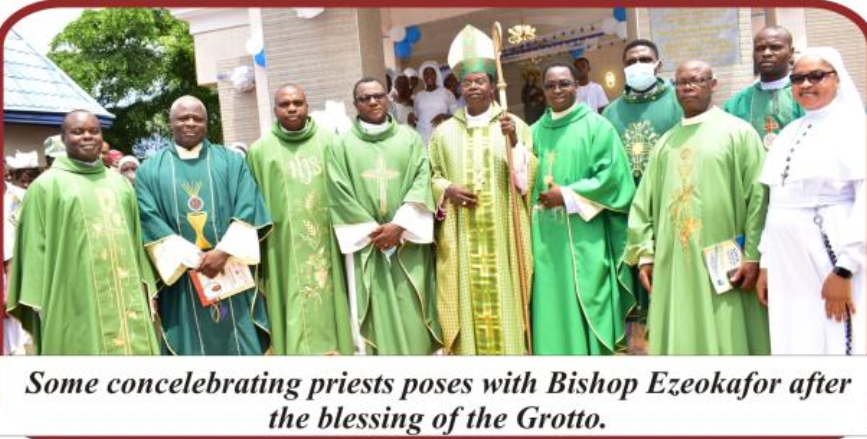 Receiving the keys of the Grotto, Bishop Ezeokafor appreciated the family for their contributions and sacrifices in the work of God and explained the need of commitment in God’s vineyard. He restated the fact that Catholics do not worship Mary but honour her and give her unalloyed respect as the mother of God.

He described the Holy Rosary as a tool for unprecedented answer to prayers, calling on all to develop close relationship with Mary as it guarantees her steady intervention in the affairs of mankind. He warned against the different ridiculous names which people attach to Mary and called for a stop as it would attract divine curse upon such people by God.

Bishop Ezeokafor who thanked the chaplaincy for bestowing award of honour on Prof. Emenike-Obi, said it would spur people to do more in the work of God.