On one sunny Sunday, I was in my spiritual shop preaching in order to get enough heavenly customers. I began with praises to edify the Almighty God whose houseboy I am. Then I read a passage from the Book of Life. All eyes were focused on me like sharp cameras.

Among the congregation were men and women of timber and caliber. The youths and children were in their numbers. After the biblical reading, the people sat down to absorb the message from the department of Homiletics.

As I was preaching, I saw principalities and powers among the congregation trying to devour the people of God. Then I roared like a lion. I started binding and casting. I invoked the powerful prayer of exorcism. As I exorcised, there was commotion in the church. 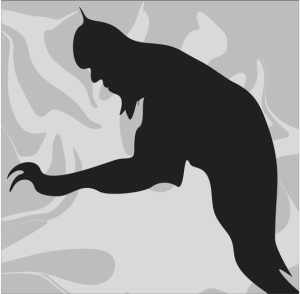 Visible and invisible agents of darkness began to tremble. At the end I shouted authoritatively, “In the Name of the Lord and Saviour Jesus Christ, I command all principalities and powers in this house of God to depart with immediate effect!” Instantly I saw Satan and his human agents fleeing hopelessly.

As this was happening, the half-baked principal of Ignorance Secondary School Amaokpuru got up from his seat and was trembling like someone about to die. He raised his hand and asserted, “Please father, I am a school principal. If you add ‘ities’ to principal, it becomes principalities. I am confused.

As a principal, am I included in the principalities you commanded to depart?” There was a great murmuring and laughter. The Minister and Commissioner of Education who were present hid their faces. Later, the powers-that-be summoned the ignorant principal. He was queried and dismissed from civil service. By divine intervention he was later absorbed into manual service.

What is the similarity and difference between principal and principality? Of course the two have common grammatical ancestral sound. In other words they are homophnes. A Principal can belong to principalities through evil deeds.

From the definitions of Longman’s Dictionary of Contemporary English (New Edition), principal as an adjective means ‘most important’. As a noun, it can mean someone who is in charge of a school; the main performer in a play or among group of musicians; a person for whom you are acting as a representative, especially in business.

Hence we refer to those evil agents and the forces behind them as principalities and powers. The Commander of Principalities and Powers is called Satan. When he was expelled from heaven because of insubordination, he was left with opposition powers. He opposes God and the children of God on earth. Archangel Michael and his army of Angel fought Satan and the fallen Angels. The former defeated the latter. These defeated agents of darkness are in hell as well as on earth.

No wonder Saint Peter admonishes us, “Be calm but vigilant because your enemy the devil is prowling round like a roaring lion looking for someone to devour” (1 Peter 5:8). On his own admonition to the people of God in Ephesus, Saint Paul said, “Put on the whole armour of God, that you may be able to stand against the wiles of the devil.

For we are not contending against flesh and blood, but against the principalities and powers that be”(Eph. 5:11- 12).  The armour of God include faith, prayer, fasting, avoiding the occasions of sin, repentance, perseverance in good deeds, charity and the grace of God.

The principalities and powers operate all over the world. However, it seems that they have a strong camp in Nigeria, the Giant of Africa. She is Giant in good and evil, but evil outweighs the good. From all indications, one can conclude that Satan was consulted during the process of Amalgamation in 1914, whereby divergent ethnic nationalities were suppressed into one Nation called Nigeria (peoples who lived in Niger area).

He (Satan) was also actively present during the 1960 Independence celebration of Nigeria. The Britons handed over partially and officially but the colonization continued indirectly and unofficially. Just six years after the Independence, Satan struck and the center could no longer hold till date. Bad leadership, corruption, nepotism, marginalization, economic hardship, enemies of progress and insecurity have crippled us. We suffer like sheep without a shepherd.

It took the Israelites forty years journey from Egypt to the Promised Land. As Nigerians, we are still very far away from the Promised Land. It may take us millions of years to reach there. To quicken the tedious and long journey, we need good and selfless leaders like Moses and Joshua. The principalities and powers in Nigeria are trying by all means to prevent the emergence of good and selfless leaders as the 2023 general elections approach. Our votes must count this time.

Have you got your Permanent Voters Card (PVC)? If not, why not? As Christians and non-Christians, we are citizens of heaven and earth. We must perform our civic responsibilities here on earth as we await our heavenly crowns. The contending presidential candidates of the various political parties have emerged. We must look well and pray ardently before we cast our votes this time around.

Our country Nigeria is a multi-ethnic and multi-religious nation. The two major religions are Christianity and Islam. As the Federal Character is the ideal basis of political appointments and sharing, Christianity and Islam should also reflect in our political leadership. All along, the President and Vice President both in the civilian era and military dictatorship stood on Christian-Muslim or Muslim-Christian tickets. In the 1993 annulled presidential election, it was Muslim-Muslim ticket.

That time this country has not been polarized. As of today, for peace and harmony, it must be a joint ticket of Christian-Muslim or Muslim-Christian. This is reflected in the choice of the presidential and vice presidential candidates of all the contending political parties except the ruling APC.

As the agitation against Muslim-Muslim ticket is raging, the ruling party devised a hidden agenda during the unveiling of her vice presidential candidate. They did so by sponsoring fake pastors and fake bishops who ‘graced’ the occasion at Abuja some days ago. Have we forgotten the common saying that the hood does not make a monk?

The Lord Jesus Christ foresaw this when he warned his followers: “Beware of false prophets who come to you in sheep’s clothing but inwardly are ravenous wolves. You will know them by their fruits” (Mtt. 7:15). Yes, the appearance of those fake pastors and fake bishops during the unveiling was comic and deceptive. Even their movement was suspicious.

They were hired with huge sums of money to deceive Nigerians at the presence of Christian clergymen and women during the political unveiling. The whole scenario looked like satanic apparition. It was the highest impersonation ever witnessed in this country. How can a political party thrive on deception? Even those impersonators refused to speak to the press on why they attended the unveiling and who sponsored them. It is obvious that principalities and powers were behind their appearance.