The remains of the late Chidiomimi Eulogius Ezeno, have been laid to rest in Ogbo Village, Akpo, Aguata Local Government Area. The deceased who was reported to have suffered cardiological complications before his demise, was duly given a requiem Mass, usually observed in honour of adults, at St Paul’s Catholic Church, Akpo. He was seven years of age. 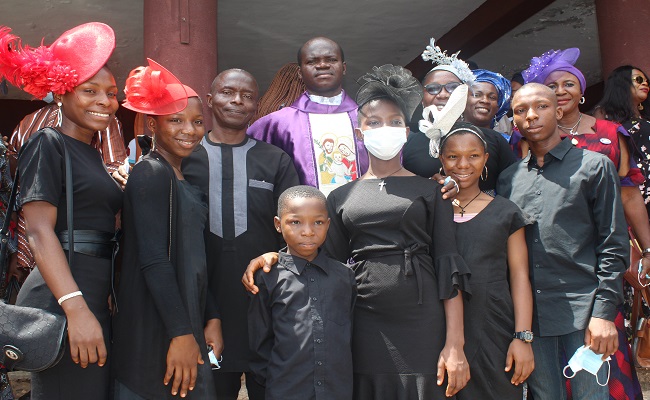 Several commentators, including parents of the deceased, Dr and Barr. Mrs Patrick and Amaka Ezeno, described him as one who had exceptional intelligence and lived a different kind of life from his siblings.

Barr Ezeno narrated how the late Chidiomimi spent his last days, adding that he died despite being operated upon by an Indian surgeon of 33 years post-surgery experience. The mother of the child who expressed the hope that he was in heaven, had also written on Facebook that he transited after intense spiritual preparation.

Delivering the homily, Rev. Fr Andrew Chukwuebuka Ibeazor, who based his reflection on thanksgiving, noted that Christians were supposed to give God thanks in all things, and dismissed the culture of determining who deserved befitting burial or not, based on riches and the length of time a person lived. 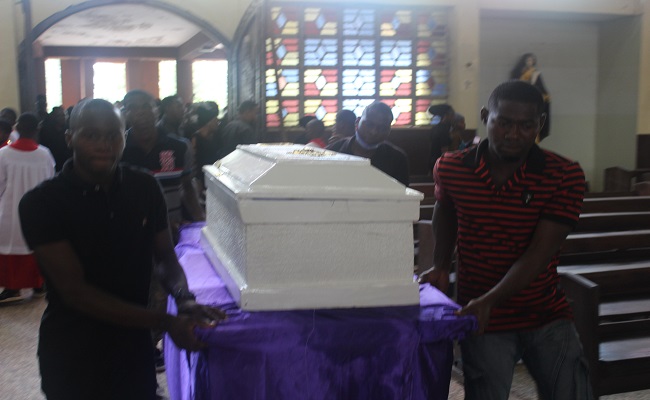 Reception of the remains of the late Chidiomimi Ezeno’s body into St Paul’s Catholic Parish, Akpo.

‘Whatever we have is given to us by God; be it wealth, wife, husband, children, etc., and if taken away by God, all we can do is give Him glory for actually giving us the privilege to enjoy them temporarily,’ Fr Ibeazor charged.

He said that a couple of things which humans thought of as indicators of success, were only figments of their imagination and did not represent the real things God desired for humans.

The priest, who is the bereaved family’s Spiritual Director, warned that riches, long life, good health, among others, were not qualifiers for giving one a befitting burial. He described the family as one that sought after God’s will in their daily endeavor’s.

Fr Ibeazor said it was important to decipher the will of God at all times through prayers than loafing around, and seeking help where there was none. He charged the congregation to also seek solutions to problems by reading their Bibles and consulting with priests who represented God on earth. 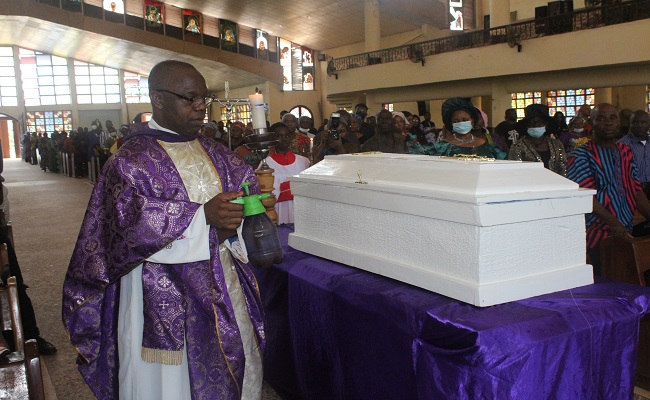 The homilist commended Dr and Barr Ezeno for their part in the upbringing of the late Chidiomimi in the way of God, ensuring that he took Holy Communion before his eventual demise, as well as bringing the remains to the church for a funeral Mass which he described as evidence of their total submission to God.

Dr Ezeno, while appreciating his colleagues and those of his wife, including students from Nnamdi Azikiwe University, Awka, who turned out en-masse for the funeral Mass, said they were consoled by the conviction that the soul of their late son rested in peace.

While he noted that the massive turnout of people at the Mass was a testament to how the deceased affected the lives of people, even at a tender age, he enjoined people who attended the Mass to continue to pray for the repose of the deceased’s soul and for the family to be strengthened by God. 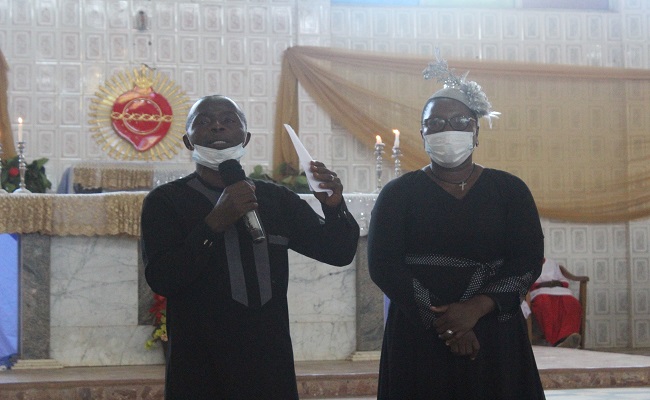 On the other hand, Barr Ezeno appealed to the people not to pity, but to congratulate the family as she was convinced that the soul of the deceased was in a better place.