By Alexander Adejoh and Adejumoke Alebiosu

Amid a mammoth crowd of guests, Rev. Fr Obinna Coach Dike, an indigene of Enugwu-Ukwu, celebrated his 20th Priestly Anniversary alongside his classmates of the 2001 set of old Awka Diocesan Priests. 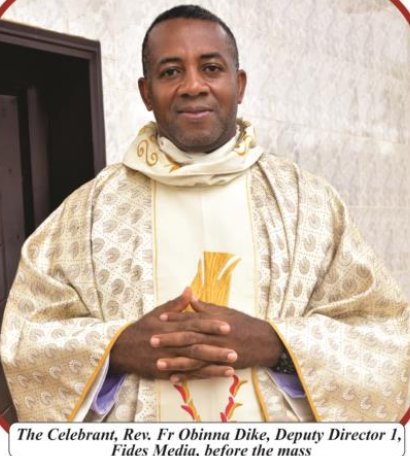 In his homily, the communication veteran thanked God for the life of the celebrants while charging them to be more dedicated to the divine vocation. He also disclosed that 20 years in priesthood inducts one into what he tagged elders in the priesthood, adding that elders are not just known to be experienced but  also responsible and committed.

For his part, Fr Obinna reflected on his 20 years of priesthood and said it was an eventful 20 years. ‘It was an eventful 20 years, a lot of things happened in these twenty years, I can’t start narrating all the experiences; the good, the bad and the ugly. The good thing about it is that I am living to tell the story. I don’t have even one regret because I know from day one that I have to be involved in humanity,’ He said.

In an exclusive interview with Fides Media, Fr Obinna explained that the source of his power is the Blessed Virgin 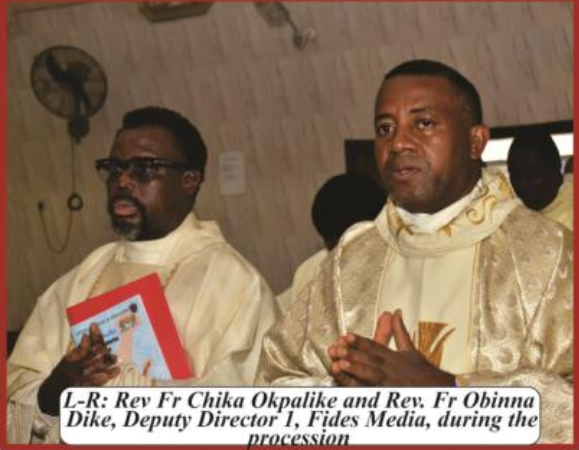 ‘I am very close to the Blessed Virgin Mary. I refer to her as my girlfriend not just a mother, she has a way she deals with me. She has been there for me in difficult moments. The power of the Eucharist is another source of power. I don’t joke with my prayers,’. Fr Obinna explained.

Talking about his upbringing, he said his parents accommodated many people while he was growing up and his father made sure everybody had at least one chore to do to make them responsible.

He also said his achievements for these twenty years are Fides and DOSAD, saying Fides had grown and DOSAD is still growing. 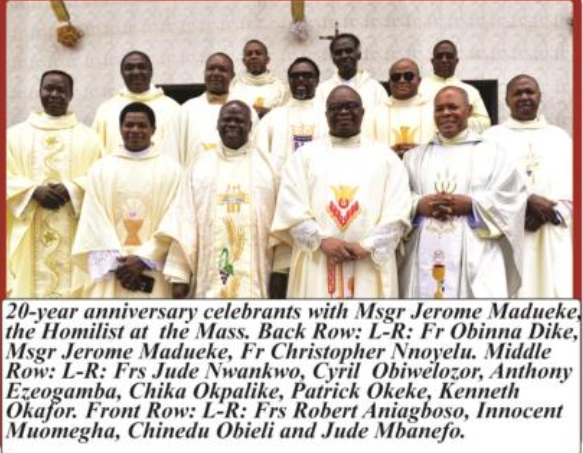 When asked about his wishes, he said he has two wishes, ‘I have two wishes, one is for me and the other is for my area of work. For me, I wish to be a better priest and more matured priest for the next twenty years. For my area of work, I wish Fides Media continues to grow and soar higher, getting to the people through the relationship of the media; that through this vocation of the media, more people live the right life,’

‘Also, I wish that through DOSAD, people will learn how to invest in the youths. That is what God has called me to do. I also wish that God will make it prosper, so that more people will believe in it and give a helping hand to youths who are talented in sports,’. Fr Obinna wished 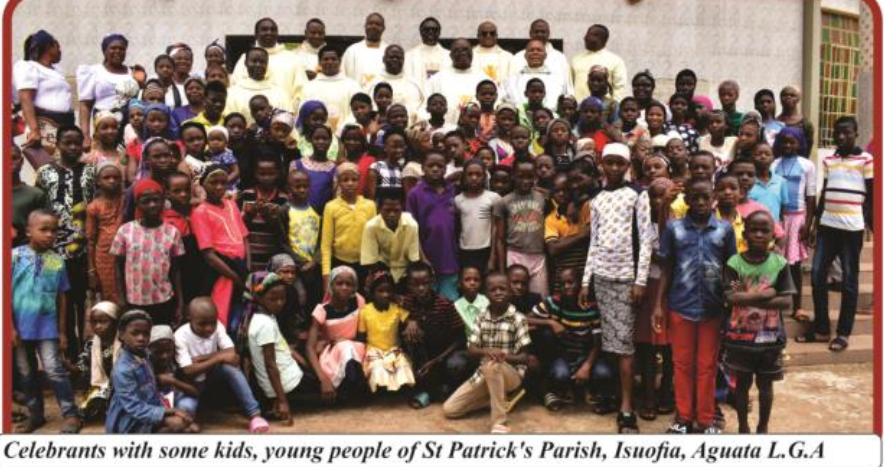 youths, there was the need to do more in the development of youths, especially in sports and entrepreneurship.