Rev. Fr Dr Basil Ucheonye, a priest of the Catholic Diocese of Ekwulobia (CADEK), was one among many candidates who were on Thursday, February 18, 2021, licensed by the Medical and Dental Council of Nigeria, MDCN, to practice Medicine in Nigeria. Fr Dr Ucheonye received medical training in the United States of America and concluded studies in 2018.

In an interview with Fides Media, the priest said he viewed priesthood and Medicine as one and same vocations, being that they provided one the opportunity to serve God and humanity. He added that in both vocations, one reached out to people who were not directly related to them. 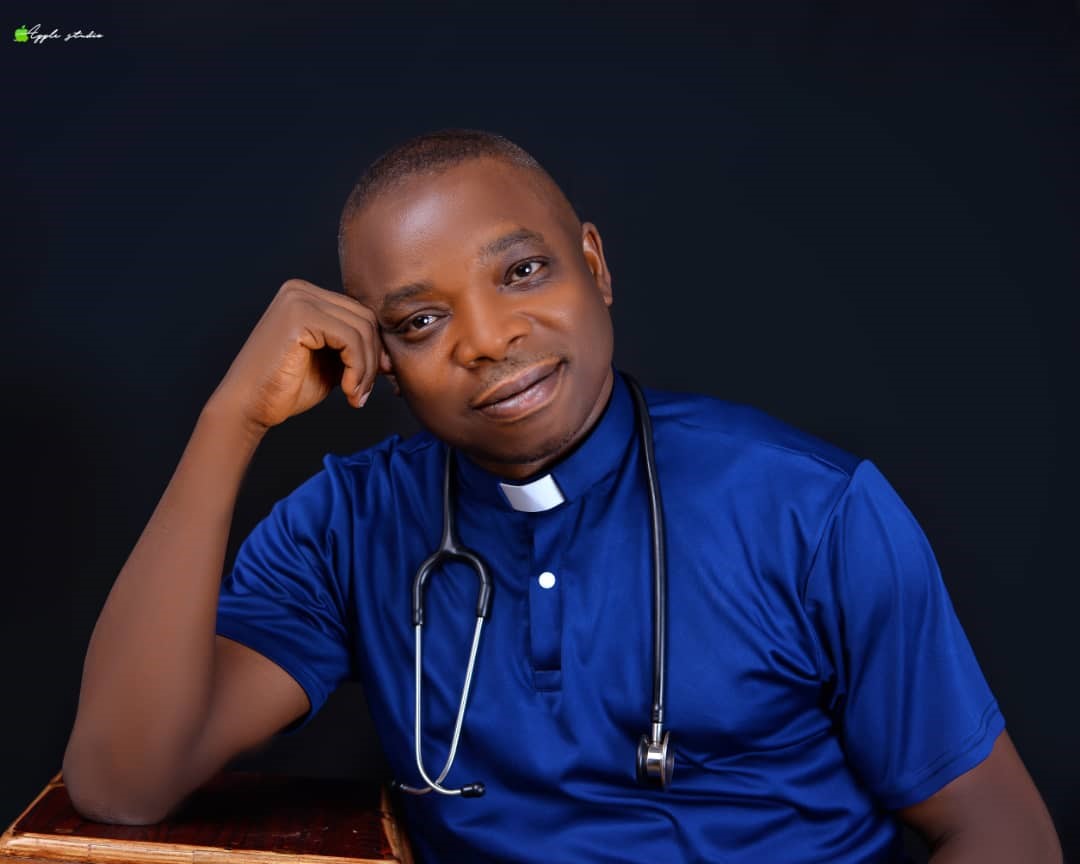 The priest who gained admission into American International School of Medicine, and began studies in 2013, said he seized the opportunity when the Bishop, Diocese of Awka, Most Rev. Paulinus Ezeokafor, long before the creation of Ekwulobia Diocese, encouraged priests who had interest in Medicine to pursue it, with Dr Godwin Maduka offering to sponsor Fr. Ucheonye.

‘Medicine is very much similar to priesthood. It requires lots of training and focus. While priesthood requires spirituality, the medical practice is on the temporal side,’ Fr Dr Ucheonye said, adding that both vocations afforded him the platform to serve from a spiritual angle through the Church and from a temporal angle through Medicine.

He further noted that “Phallux”, a Latin word which means salvation and help, explained both the mission of the Church and standpoint of medical practice which was to save lives.

He also explained that through the medical school and the clinical studies, one was trained to be a cosmopolitan; a worldly person who lived beyond churches, cultures and races.

For other priests who wanted to advance in some secular professions, he encouraged them to be tenacious and ask for God’s help and direction.

On his plans and programmes for Visitation Hospital, Umuchu; a mission hospital under the Episcopal territory of Ekwulobia Diocese which he now managed, he hoped to advance the Church’s mission: carry everyone along and make sure that the hospital stood out among others in the area, while making meaningful impact.

Fr Dr Ucheonye who was ordained a Catholic priest in 2002 and had served in several parishes, noted that leaving a parish and having to go back to elementary subjects, studying in a different environment with younger colleagues who were major in some of the subjects they learned, and having to acquaint himself with technological tools he was not initially exposed to in Nigeria, were some of the challenges he faced in the course of studying abroad.

He appreciated a number of persons who aided him through the period of his study, and they included Bishops Ezeokafor; Peter Okpaleke of Ekwulobia Diocese and Bishop Jonas Benson Okoye, Auxiliary Bishop of Awka Diocese; Dr Andrew Okpaleke and his wife; Dr Godwin Maduka; and the late Dr Basil Nwankwo, former Chief Medical Director of COOUTH, Amaku.

Meanwhile, Fr Dr Ucheonye who also has a Masters Degree in Public Health, was ordained a priest of the Catholic Church in 2003, having studied both in America and Nigeria.

Being able to practice in both countries, he is currently doing his house job at Chukwuemeka Odumegwu Ojukwu University Teaching Hospital, Amaku, Awka.