It was another joyous Eid Day, a feast popularly known as Sallah, last Tuesday, 20th July, 2021 for the Corps Members serving in Daura, the country home of President Muhammadu Buhari as they were  hosted by Mr President for the 2021 Sallah celebration. 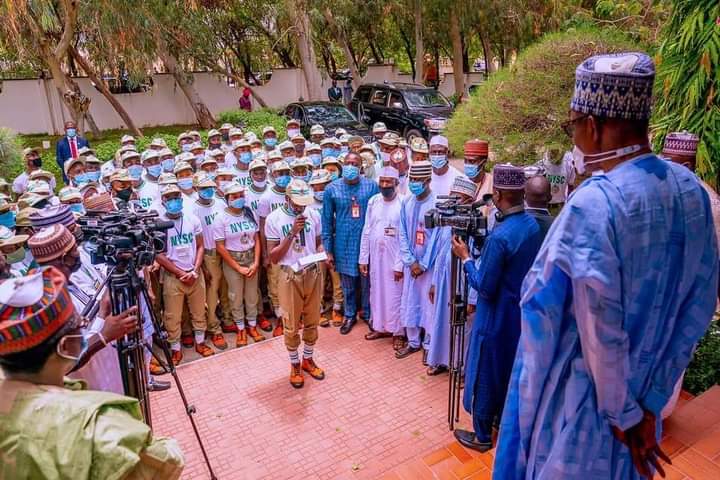 The President once again demonstrated his love and generosity for the Corps Members with two Bulls, 20 bags of Rice, cash among others.

Fides discovered that it has been the tradition of President Buhari long before he became President to host Corps Members during festivities whether in Daura or not.

NYSC Katsina State Coordinator, Alhaji Ahidjo Yahaya, on behalf of the Director-General, Brigadier General Shuaibu Ibrahim appreciated the kind gesture of Mr President for his interest in the welfare of Corps Members, saying, ‘It will spur them to do more for the country’.