Ahead of the October 13-16, 2022 National Centenary Celebration of the Apostleship of Prayer League of the Sacred Heart of Jesus, which will be hosted by the Catholic Diocese of Awka, at St Patrick’s Cathedral, Awka, the Pope’s Worldwide Prayer Network has flagged off activities marking the celebration with the consecration of new members as the high light of the event.

Speaking during his homily at the Centenary Mass which was celebrated at St Matthew’s Parish, Amawbia, the Catholic Bishop of Awka Diocese, Most Rev. Paulinus Ezeokafor, thanked God for keeping the prayer network alive for the historic centenary celebration which he described as a thing of joy.

The Catholic prelate urged the Apostles of Prayer League to, in honour of the centenary celebration, gain more souls for Jesus Christ through evangelization. 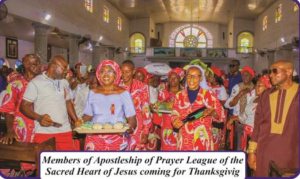 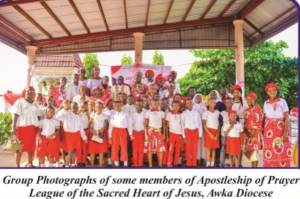 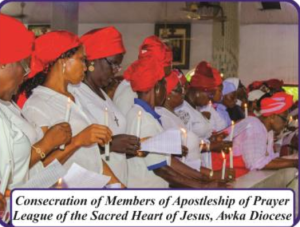