Pope Francis: The first element of discernment is prayer

Prayer is the first element of discernment, Pope Francis said in his general audience message on Wednesday.

“To discern we need to be in an environment, in a state of prayer,” he said Sept. 28 in St. Peter’s Square.

Francis emphasized that discernment does not lead to absolute certainty, because “life is not always logical” and humans are not machines, but “prayer is an indispensable aid.”

“It is not enough to be given instructions to carry out,” he said. “We would like to know precisely what should be done, yet even when it happens, we do not always act accordingly. How many times have we, too, had the experience described by the apostle Paul: ‘For I do not do the good I want, but the evil I do not want.’” 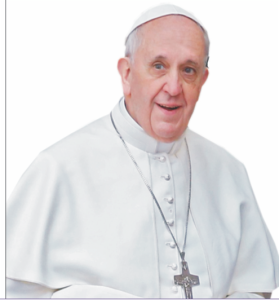 He pointed out that the first miracle Jesus performs in the Gospel of Mark is an exorcism. In the synagogue in Capernaum, Jesus delivers a man from the devil, “freeing him from the false image of God that Satan has been suggesting since the beginning: that of a God who does not want our happiness.”

Pope Francis noted that this is a trap many people, even Christians, can fall into: they may believe that Jesus is the Son of God, “but they doubt that he wants our happiness.”

“Indeed, some fear that taking his proposal seriously means ruining our lives, mortifying our desires, our strongest aspirations. These thoughts sometimes creep up inside us: that God asks too much of us, or wants to take away what we hold most dear. In short, that he doesn’t really love us,” Francis said.

But, he explained, meeting the Lord in prayer should produce joy, not fear or sadness, which are signs of distance from him.

He encouraged people to pray to God with simplicity. Just like they would greet a friend, they can say “hello” to God throughout the day.

Prayer “is knowing how to go beyond thoughts, to enter into intimacy with the Lord, with an affectionate spontaneity,” he said, adding that “true prayer is familiarity and confidence with God. It is not reciting prayers like a parrot, blah blah blah, no.”

This, the pope continued, is how we can discern when it is Jesus speaking to us and when it is just our own thoughts.

Francis said familiarity with the Lord also helps us to overcome the fear or doubt that God’s will is not for our good, “a temptation that sometimes runs through our thoughts and makes the heart restless and uncertain.”

“Discerning is not easy, for appearances are deceptive, but familiarity with God can melt doubts and fears in a gentle way, making our lives increasingly receptive to his ‘gentle light,’ according to the beautiful expression of St. John Henry Newman,” he said.

“It is a grace we must ask for each other: to see Jesus as our friend, our greatest friend, our faithful friend, who does not extort us, who, above all, never abandons us, even when we turn away from him,” he said. “He remains at the door of the heart.”

In his final greeting at the end of the audience, Pope Francis recalled that Thursday, Sept. 29, the Church celebrates the feast of the Archangels Michael, Gabriel, and Raphael.

These saints “arouse in each one of us a sincere adherence to the divine plans. Know how to recognize and follow the voice of the inner Master, who speaks in the secret of our consciousness,” he said.