Pope Francis has said that the martyrdom of an Italian Catholic judge in 1990 showed the mafia’s “intrinsic denial of the Gospel.”

In the preface to a new book, published March 31 by Vatican News, the Pope reflected on the lessons of Rosario Livatino’s life and death.

The pope, who recognized Livatino as a martyr in December, recalled that the judge was shot dead by young men paid by two Sicilian organized crime groups, the Stidda and Cosa Nostra.

He said that Livatino’s last words were: “Picciotti [young mafiosi], what did I do to you?”

“They were the words of a dying prophet, giving voice to the lament of a righteous man who knew he did not deserve that unjust death,” the pope wrote.

“Words that cried out against the Herods of our time, those who, not looking innocence in the face, enlist even teenagers to become ruthless killers on death missions.” 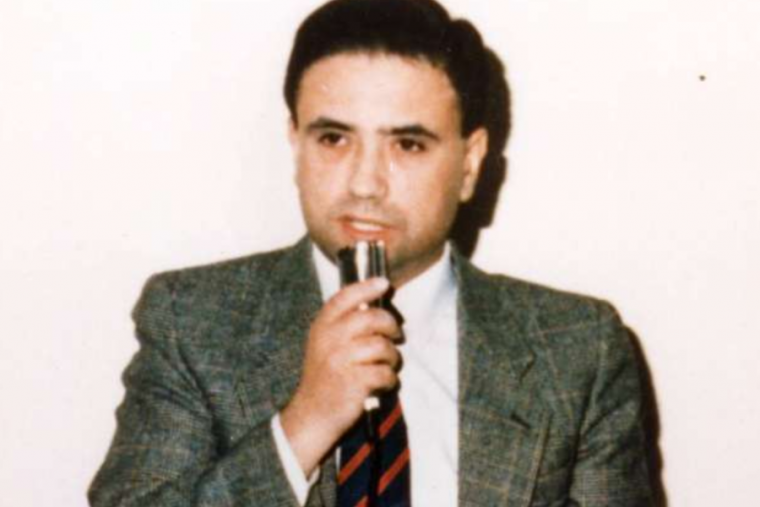 Referring to the mafia’s distortion of Catholic piety, the pope described Livatino’s final words as “a cry of pain and at the same time of truth, that with its strength annihilates the mafia armies, revealing the intrinsic denial of the Gospel of the mafia in every form, in spite of the secular ostentation of holy pictures, of sacred statues forced to disrespectful bows, of religiosity flaunted as much as denied.”

The pope’s comments came as the new archbishop of Naples, Domenico Battaglia, launched a crackdown on the mafia’s use of religious images in his archdiocese.

Battaglia ordered this week that two paintings with ties to a mafia boss be removed from a church in the Naples suburb of Marano di Napoli.

A press release posted to the archdiocesan website March 29, said that the images of Our Lady of Pompeii and St. Rita, venerated for “several decades” in the Church of Maria Santissima della Cintura e della Consolazione, were being replaced after the archbishop became aware that underneath the paintings was the inscription, “in devotion of Lorenzo Nuvoletta.”

Nuvoletta was associated with the Sicilian Mafia and the boss of the Nuvoletta Clan, a powerful Neapolitan Camorra Clan operating from Marano di Napoli. He was arrested in 1990, and sentenced to nine years in prison. He died from liver cancer in 1994.

The archdiocese wrote that the paintings would be replaced with images of the same saints, explaining the decision by saying that “the bishop is entrusted with the care and protection of the faith of the many faithful who go daily to pray in that church.”

The Camorra-linked paintings were removed “so as not to disturb the faithful themselves by disorienting them with actions that could even remotely be traced back to an ambiguity between the Gospel and life,” it said, and “to reaffirm the primacy of conscience, illuminated by faith, which invites us to love truth and justice.”

Pope Francis wrote in the book preface that Livatino was “a bright point of reference for the men and women of today and tomorrow, especially for young people who, even today, are enticed by the sirens of the mafia to a life of violence, corruption, oppression and death.”

“His martyrial testimony of faith and justice is a seed of concord and social peace, and an emblem of the need to feel and be brothers and sisters, and not rivals or enemies,” he said.

Livatino will be beatified in the Archdiocese of Agrigento, Sicily, on May 9.

After a controversy erupted earlier this year over the translation of Livatino’s relics from his hometown to the Cathedral of Agrigento, it was announced Feb. 19 that the martyred judge’s body would remain in the town of Canicattì, about 25 miles northeast of Agrigento.

Livatino is buried in the chapel of the Canicattì cemetery, a town of about 35,000 people and his birthplace.

Pope Francis quoted his predecessor, St. John Paul II, who visited Agrigento and other places in Sicily in 1993.

“After so many times of suffering you finally have a right to live in peace,” John Paul II continued. “And those who are guilty of disturbing this peace, those who carry on their consciences so many human victims,  they must understand that innocent killing is not allowed!”

Pope Francis wrote: “The sweet aroma of Christ that spreads from the martyred body of the young judge then becomes a seed of rebirth — as has already happened for some of his killers and principals, today on the path of penance and conversion — for all of us…”

“To Rosario Angelo Livatino, today also through his beatification, we give thanks for the example he leaves us, for having fought every day the good fight of faith with humility, meekness and mercy.”

Livatino did everything “always and only in the name of Christ, without ever abandoning faith and justice, even in the imminent risk of death,” he said. “This is the seed that was planted, this is the fruit that will come.”