Pope Francis on Thursday offered a long reflection on his more than 52 years of priesthood, giving advice to other clerics in what he said might be the “swan song” of his priestly life.

As he gave the opening remarks at a three-day Vatican conference on the theology of the priesthood on Feb. 17, the 85-year-old pope said that there is “no theory here, I’m speaking about what I lived.”

‘It may be that these reflections are the ‘swan song’ of my own priestly life, but I can assure you that they are the fruit of my own experience,’ he said.

In the frank speech, Francis said that he had seen positive witnesses of the priesthood and walked with men whose “ministry had become barren, repetitive, and meaningless.” 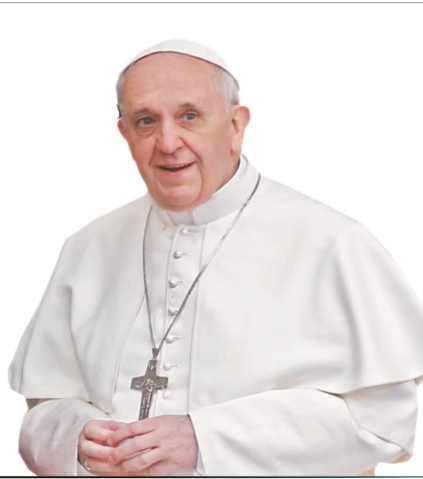 He added that he too had faced times of difficulty and desolation in his vocation, saying that there were moments of darkness in his life when closeness to God was indispensable to sustain him.

The pope’s speech marked the start of the live-streamed summit “For a Fundamental Theology of the Priesthood,” taking place on Feb. 17-19 in the Vatican’s Paul VI Hall. The symposium was first announced in April 2021.

Cardinal Marc Ouellet, prefect of the Vatican Congregation for Bishops, organized the meeting together with the France-based Research and Anthropology Center for Vocations.

He emphasized the importance of a strong prayer life and relationship with God for both priests and bishops, as well as the universal call to holiness rooted in baptism.

‘The life of a priest is above all the salvation history of one baptized person,” he said. “We should never forget that each particular vocation, including that of Holy Orders, is a completion of baptism.’

Francis noted that there is a temptation to live the priesthood without remembering that the primary vocation is to holiness.

‘ To be holy means to conform ourselves to Jesus,” he said. “Only when we strive to love others as Jesus does, do we make God visible and fulfill our vocation to holiness.’

He cited St. John Paul II, who wrote in his 1992 apostolic exhortation Pastores dabo vobis that “the priest, like every other member of the Church, ought to grow in the awareness that he himself is continually in need of being evangelized.”

There are some priests and bishops who do not understand this, Pope Francis reflected, calling it a “tragedy of today.”

The pope said that the Church was living through a time of “epochal change,” but people must not seek comfort in either the past or the future.

‘I prefer instead the response born of a trusting acceptance of reality, anchored in the wise and living Tradition of the Church, which enables us to put out into the deep without fear,’ he said.

Pope Francis warned his listeners that many crises in the priesthood resulted from a poor prayer life and a lack of intimacy with God, which reduces the spiritual life’ to mere religious practice.’

‘ The intimacy born of prayer, the spiritual life, concrete closeness to God through listening to his word, the celebration of the Eucharist, the silence of adoration, entrustment to Mary, the wise accompaniment of a guide and the Sacrament of Reconciliation… Without these ‘forms of closeness,’ a priest is merely a weary hireling who has none of the benefits of the Lord’s friends,’ he said.

Prayer is also a bishop’s “first task,” he said, adding:’ He must increase, I must decrease, says St. John the Baptist.’

To have a good relationship with God, finding moments of silence throughout the day, is key, he noted.

This silence, he said, is often avoided because it can be uncomfortable. Instead of feeling peace, we feel emptiness,’ and in order to keep from feeling that, we are unwilling to slow down.’

Work can become “a distraction to not fall into desolation,” the Jesuit pope said, referring to a central concept in Ignatian spirituality.

He encouraged priests and bishops to push through the uncomfortable feelings of desolation and persevere in prayer.

He also advised them to seek fraternity with other priests, which ‘means choosing deliberately to pursue holiness together with others, and not by oneself.’