Pope Francis: Digital Revolution Forces Us to Rethink What It Means to Be Human

Pope Francis has said that technological innovations have created the need for a renewed reflection on essential questions about what it means to be human, based on Scripture, the classical tradition, and wisdom from non-European cultures.

In a video message sent on Nov. 23 to the Pontifical Council for Culture, the pope said that “the new changes brought about by the digital revolution and the incredible developments in the sciences … force us to rethink what it is to be human.”

“Today, a revolution is underway — yes, a revolution — that is touching the essential nodes of human existence and requires a creative effort of thought and action. Both of them. There is a structural change in the way we understand generation, birth, and death,” Pope Francis said in the video. 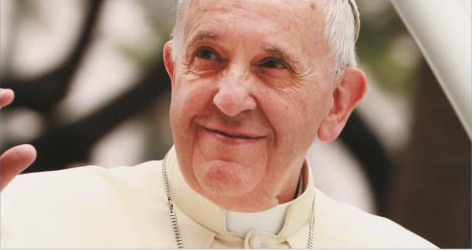 “The specificity of the human being in the whole of creation, our uniqueness vis-à-vis other animals, and even our relationship with machines are being questioned.”

Pope Francis highlighted what he called the “fluidity of the contemporary cultural vision.”

“It is the age of liquidity,” he said.

He suggested that the current “fluidity” is a marked difference from the time of the Second Vatican Council, when a secular, immanentist, materialist humanism at least shared a common basis with Christian humanism “on some radical questions related to human nature.”

“However, the conciliar Constitution Gaudium et spes is still relevant in this respect. It reminds us, in fact, that the Church still has much to give to the world, and it obliges us to acknowledge and evaluate, with confidence and courage, the intellectual, spiritual, and material achievements that have emerged since then in various fields of human knowledge,” the pope commented.

The Pontifical Council for Culture held its plenary assembly this week with the theme “Rethinking Anthropology — Toward a New Humanism.” The council holds the assemblies every two or three years to reflect on major issues and cultural realities in contemporary societies.

In his video message, the pope said that questions about human identity are being posed in a decisive manner in the 21st century.

“What does it mean today to be a man or a woman as complementary persons called to relate to one another? What do the words ‘fatherhood’ and ‘motherhood’ mean?” he asked.

“And again, what is the specific condition of the human being, which makes us unique and unrepeatable compared to machines and even other animal species? What is our transcendent vocation? Where does our call to build social relationships with others come from?”

Pope Francis pointed out that the Bible offers “the essential coordinates to outline an anthropology of the human person in relation to God, in the complexity of the relations between men and women, and in the nexus with the time and the space in which we live.”

“Biblical humanism, in fruitful dialogue with the values of classical Greek and Latin thought, gave rise to a lofty vision of the human person, our origin and ultimate destiny, our way of living on this earth,” he said.

The pope added that, while this fusion of ancient and biblical wisdom remains “a fertile paradigm,” a new creative synthesis is also needed with “the contemporary humanistic tradition and that of other cultures.”

“I am thinking, for example, of the holistic vision of Asian cultures, in a search for inner harmony and harmony with creation. Or the solidarity of African cultures, to overcome the excessive individualism typical of Western culture. The anthropology of Latin American peoples is also important, with its lively sense of family and celebration; and also the cultures of Indigenous peoples all over the planet,” Francis said.

“In these different cultures, there are forms of humanism which, integrated into the European humanism inherited from Greco-Roman civilization and transformed by the Christian vision, are today the best means of addressing the disturbing questions about the future of humanity.”

Today, the council is dedicated to creating a space for Catholic dialogue with the sciences, humanities, economics, digital culture and artificial intelligence, sports, cultural heritage, the arts, and music.

“Now more than ever the world needs to rediscover the meaning and value of the human being in relation to the challenges we face,” Pope Francis said.