Archbishop Jude Thaddeus Okolo has been appointed the Apostolic Nuncio to the Czech Republic by Pope Francis. The appointment which took effect from May 1, 2022, was announced by the personal secretary to Archbishop Okolo, Rev Fr Nathaniel Dile Onwuekwe.

The Anambra born Archbishop Okolo, born on 18 December 1956 in Kano, is from Ozubulu in Ekwusigo Local Government, Anambra State. Ecclesiastically, he belongs to the Catholic Diocese of Nnewi and until his recent appointment, was the Apostolic Nuncio to Ireland. 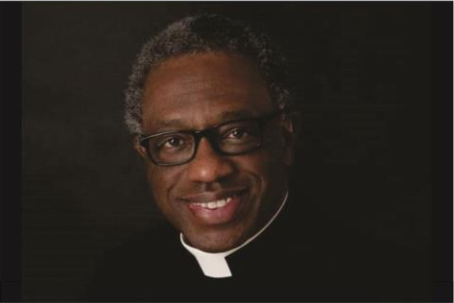 He was ordained a Catholic Priest by Francis Cardinal Arinze, then Archbishop of Onitsha, on 2nd July 1983. Before being called to Rome, he worked briefly as a parish vicar at the Basilica of the Most Holy Trinity Onitsha (then Holy Trinity Cathedral). He worked in the Pontifical Council for Inter-Religious Dialogue as a Vatican official in charge of Dialogue with New Religious Movements III before joining the Diplomatic Service of the Holy See in 1990.

On 2nd August 2008, Pope Benedict XVI appointed him as the titular Archbishop of Novica, and he was consecrated on 27th September 2008.

Following his consecration and appointment as an Apostolic Nuncio, Jude Thaddeus became the second African to be appointed and the first in West Africa and consequently, the first Nigerian.

He speaks the following languages fluently: Igbo, English, Italian, French, Spanish, German, Haitian Creole, Czech and basic Hausa. In addition, he has a sound working knowledge of Latin and Irish.

An Apostolic Nuncio, also called a Papal Nuncio, shortened as Nuncio, is a Vatican Diplomat and representative accredited as an ambassador to a country, international organisation or continental unions that maintain official diplomatic relations with the Holy See. He represents the Pope, the Sovereign Head of Vatican City (an independent country) and the head of the Catholic World.

Thus, as an ambassador, an Apostolic Nuncio has double assignments: he promotes good relations between the civil government and the Holy See as two independent countries and as the liaison between the Holy See and the Church in that nation. He also observes and reports to the Pope about the condition of the Catholic Church. In addition, he plays an indispensable role in the selection of bishops.

Article 16 of the Vienna Convention on Diplomatic Relations gives precedence to the Apostolic Nuncio over other diplomatic representatives in most countries, giving him the position of Dean of the Diplomatic Corps. As an ambassador of the Pope, an Apostolic Nuncio performs functions in the name of the Pope as a Sovereign Head and enjoys all diplomatic privileges and immunities attached to the office.