Politics of State of Emergency

The nation was recently awash with news of the threat by the Attorney General of the Federation and Justice Minister, Abubakar Malami, of imposing a state of emergency on Anambra State following the spate of killings rocking the Southeast state.

As expected, a flurry of condemnations immediately followed, with salient questions being asked, while the Anambra State Government felt vindicated in its earlier assertion that the killings in the state were politically sponsored.

Indeed, following the spate of killings and destruction of property in Anambra which culminated in the brutal killing of the husband of the late former Minister of Information and former Director General of NAFDAC, Dora Akunyili, the state seemed to finally come out from her lethargy as it started taking more drastic measures to combat the menace of the unknown gunmen. 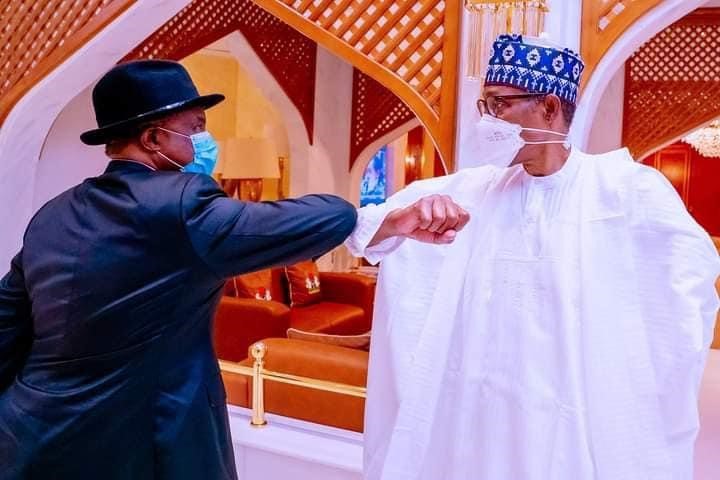 Anambra governor, Obiano, left, in COVID greeting with Buhari at their recent meeting in Abuja. Trust Buhari at your own peril.

This led to the deployment of stern looking police personnel to Anambra State from Abuja. Later, soldiers followed suit, all in an attempt to find a solution to the killings.

But beyond the show of might by the troops of the Nigerian Army and men of police special squad, is the nonsensical threat of imposing a state of emergency on Anambra by Malami. For Malami, a northerner, to suddenly become very worried for our safety here to the extent of imposing emergency rule leaves much to be desired.

The northern states of the country have since been under the siege of Boko Haram insurgents against whom the nation have since declared a total war. Yet, elections have always been held in those states without emergency rule being imposed. Indeed, to compare what happens in the north to what happens here is to compare a local skirmish to a world war. That’s the huge difference the whole thing is; yet people like Malami see the Anambra issue as the greatest calamity.

I therefore ask, if there is a breakdown of law and order in Anambra, would schools be in session? Would banks and markets be operating?

Would people still be found at different ”joints” making merry?

There is indeed, violence in Anambra, but it has not got to the stage of declaring a state of emergency as contemplated by Section 305 of the 1999 Constitution.

Going ahead therefore to declare such will only suggest that a sinister motive is in place for some people to take over the state called Anambra.

But we quickly heard on Thursday that Obiano had met with the president in Abuja where the president assured him that there was no cause for alarm. I hope that Buhari will not end up as speaking from both sides of his mouth. Let me stop at this and give you the full text of the press release from the Anasmbra State Government.

Threat of State of Emergency in Anambra: Malami Has Confirmed the Worst Fear of Nigerian People

1.Like all Nigerians, the people and government of Anambra State are appalled at the statement ascribed to the Minister of Justice and Attorney General of the Federation, Abubakar Malami, SAN, that the Federal Government will impose a state of emergency on Anambra State if the new spate of violence in Anambra State persists during the November 6 gubernatorial election in the state.

The declaration is not just a strong indictment of president Muhammadu Buhari who is the Commander in Chief of the Armed Forces and the country’s Chief Security who is in charge of the Nigeria Police Force, State Security Service and Nigeria Security and  Civil Defence Corps but has confirmed the worst fear of the Nigerian people that politicians outside Anambra State in collaboration with their local minions are behind the recent spate of killings in the state to frighten people from coming out to vote in the forthcoming polls, thereby enabling them to write the results they like.

3.But it is absolutely not even a fraction of the casualties the nation has seen in places like Borno, Zamfara, Katsina, Benue, Plateau, Yobe, Niger, Adamawa, Taraba, and others where terrorists have not only killed several thousands of civilians but also successfully attacked military formations and slaughtered soldiers and other security officers. They have even brought down some sophisticated combat aircraft. Were elections not held successfully in these states in 2019?

God bless Anambra State, the Light of the Nation.

Commissioner for Information and Public Enlightenment.

When the Southern governors converged on Enugu recently to deliberate on issues of common interest to them, Anambra was the only state missing. There was no representation. This development drew many comments, most of them against the Anambra State Government. Then more recently, the Southeast governors met in Enugu and again Anambra was not there, becoming again the only state missing entirely. What is really happening?

When it is remembered that part of the deliberations of that meeting was how to find a solution to the insecurity in the Southeast Zone, of which Anambra fares worse, one begins to wonder why the Anambra State Government is showing such disinterest. To say that Anambra is today the unsafest state in terms of security outside the northern states is no exaggeration. Thus her absence at such critical meetings aimed at addressing security issues, among others in the zone, is not only strange but embarrassing.

This is a time when our state should be leading in the campaign for inter-state collaboration in stemming the tide of insecurity, a time when the state should even be hosting such meetings. But here we are; Anambra is always the only state missing from the meeting these days.

The danger in this is that Anambra may be alienating herself from other Southern governors who may not care to collaborate with us. Going to Buhari or posing as being nice to him is not enough. It is safer to trust fellow governors than to trust Buhari who after telling us upon his inauguration that he would be for all and none turned out to be for the north only.

Past experiences tell us that the north cannot be trusted when it comes to issues concerning the east. So what makes anyone think it will change now when they are even trying to usurp the presidency that is clearly the turn of Ndigbo now?

Nigerian king builds school with no school fees, free hostel, free food, and even teaches their

Do you know this school? Abolarin College in Oke-Ila, Osun State. The students there pay NO school fees; enjoy free hostel, free food, free internet, free uniform, free laptop for every child, and 24 hours power supply; and all these expenses are paid by the town’s king. What is the most shocking is that the king teaches too in the school.

What makes this school remarkable is that one major criteria for getting admitted in is being poor. If your parents are rich, you cannot get admission. Unlike other schools, Abolarin College wants poor kids who are very brilliant. If you are poor but brilliant, the king will admit you!

The king believes poor brilliant kids should also be given an equal opportunity to become something in life- so that the future does not belong only to those born with silver spoons in their mouth. The king himself has a law degree and masters in law- and he also teaches in the school.