However they need further elaborations. During an examination in Government, the students were asked, “What is Democracy?” They were given one hour to write and should not be less than four pages of foolscap sheets. A foolish male student who studied only Government Made Easy booklet made his time and answer very easy.

He wrote: “Democracy is the Government of the people, by the people and for the people.” He finished writing in three minutes. He glanced around and observed other students writing in pages. He wondered what they were writing; when they were asked just a simple question. Being satisfied with his easy answer, he got up and submitted his answer script to the teacher.

The teacher was so surprised and emotionally asked him, “How did you finish in a twinkling of an eye? Are you a magician?” He replied, “Sir, I made my answer so easy for you to mark without stress.” The teacher was dumbfounded as the student in question left the exam hall with smiles. 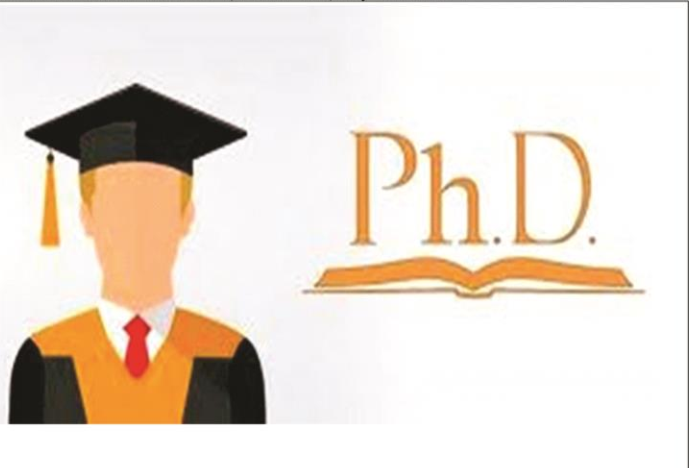 The Holy Scripture says, “Whatever you sow, you shall reap” (Galatians 6:7). During the marking of the answer scripts, the teacher scored the easy student 5% over 100%. The boy performed abysmally poor in nine subjects. Hence he became the academic goalkeeper of his class.

Therefore he was asked to repeat class three. Unfortunately he left the school easily and automatically became school dropout. He wanted to live an easy life and make quick money. Within a short time he joined a gang of armed robbers. In one of their robbery attacks, he and three others were easily arrested by gallant policemen. They were charged to court and were found guilty of theft and murder.

Thus they were sentenced to death by firing squad. On the day of their execution, the school dropout was easily executed at the stake with only one bullet fired into his heart. He defecated and urinated as his lifeless body hanged at the stake.

Success does not come so easy. In those days we burned the midnight lamp in order to succeed in our studies. Saint Paul without mincing words says, “If you do not work, then do not eat” (2 Thess. 3:10). My immediate junior sister, during the period the two of us were living with our grandmother, boldly wrote on our kitchen door:

“No sweat, no sweet.” It is because of this assertion that the stomach never allows the legs to rest. The legs must walk to work so that the stomach can eat. Stagnant legs lead to starvation of the stomach, which is the storage tank of the human body.

Few years ago, I went into various bookshops around the country searching for the book ‘Heaven Made Easy’. After all my endeavors, I did not find it. But to my greatest surprise, what filled the market was ‘Hell Made Easy.’ In other words, it is easier to go to hell than to go to heaven.

At this point my attention was drawn to a passage in the Bible where the Lord Jesus Christ admonishes us, “Enter through the narrow gate; for wide is the gate and broad is the road that leads to destruction, and many go that way.

How narrow is the gate that leads to life and how rough the road; few there are who find it” (Mtt. 7:13-14). In essence, expressway leads to hell while narrow (apiam) way leads to heaven. The choice is ours to make.

At the completion of secondary education, many students had further their studies by sitting for entrance examination into universities or into other tertiary institutions. Some ended up in obtaining First Degree; some Master’s Degree. Others struggle to obtain their PhD in courses of their choice. PhD is the abbreviation of Doctor of Philosophy.

It is a degree awarded to students who have done advance research in particular subject or course. It comes after Master’s Degree or academic License. It takes up to three or four years to accomplish.

It is unfortunate that some people in our society today obtain PhD easily without going higher than primary school or even without going to school at all. It is a contradiction to hear that an illiterate is a PhD holder. How does this come about? To be specific, this type of PhD is obtained through crooked or evil means.

It is fake and satanic. The full meaning of this type of PhD is Pull him/her down. It is obtained easily by enemies of progress found in families, clans, kindreds, villages, towns, societies, states and nation. Some politicians pull others down to win elections.

Their victory is made easy through electoral malpractices such as rigging, snatching of ballot boxes, stuffing of ballot boxes, change of figures, vote buying, writing of results even before election takes place, etc. For them, the end justifies the end.

This is the main reason why some of our politicians are against electronic voting and transmission of electoral results. They see it as an obstacle to rigging an election. Some politicians assassinate their opponents in order to clench victory by all means. Indeed, politics is a game of chance. All must not win. Winning at all costs is pulling others down.

No wonder some people say that politics is a dirty game. In fact, it is the dirty politicians that make politics dirty. It is clearly a clean game. Some dirty and desperate politicians who lost election go to the extent of making the state or the country ungovernable. They even sponsor bloody mayhem here and there in order to create confusion or anarchy in the polity.

In our society in general, evil minded persons pull others down through envy, jealousy, poisoning, assassination, human ritual, cultism, blackmail, defamation, backbiting, gossip and calumny. Some people’s good names have been tarnished by evil PhD holders. Sadists pull innocent individuals down in one way or another. They rejoice at their misfortunes.

They plant oral or material time-bomb against their victims and wait anxiously for it to explode and destroy. A certain evil PhD holder poisoned the water in the tank of his neighbor with the intention of wiping out the entire family members. But God is never asleep.

Later the hunter turned the hunted. Without prior knowledge of the poisoned water in the tank, the wife of the evil PhD holder fetched water secretly from there and prepared food for herself and her evil husband and their five children.

The result was catastrophic. The evil PhD holder, his wife and those innocent children died one after the other after the consumption of the meal prepared with the poisoned water. Corpses littered their sitting room. The truth manifested later. I pitied the five innocent children.

If a man throws stone inside a busy market, how can he guarantee that it will not crush the head of his wife or mother in the market?

Those who have PhD degree should undergo screening to determine which type of Doctor of Philosophy they hold. This is because PhD can be obtained by academic research. It can equally be bought or manufactured in the secret of one’s heart. Evil and good are in serious contest in our society today.

Therefore, we must shine our eyes to avoid being victims of evil PhD holders. Let us watch and pray ardently in season and out of season. In God we trust!