The match was one of the activities lined up to mark the one year anniversary of the creation and erection of Catholic Diocese of Ekwulobia (CADEK). 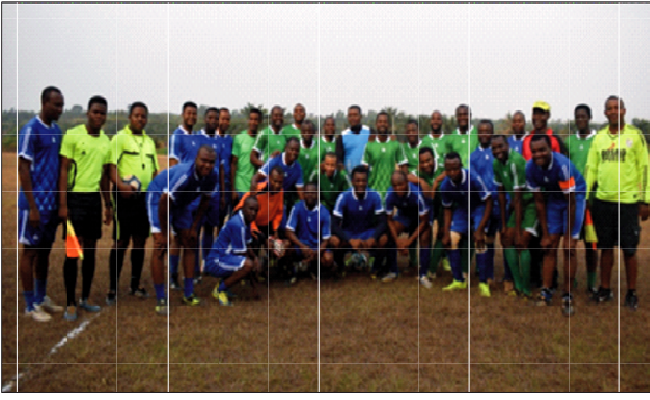 The DOSCADEK team drew the first blood in the 15th minute of the first half of the enthralling encounter through Rev Fr Richard Anigbogu SMMM, who nodded in after a neat cross from Fr Celestine Anaekwe from the near right corner.

However, Fr John Mark of DOSAD leveled the score 23rd minute into the second half, after controlling beautifully from a tight angle, and slotting into the net. He earlier hit the post of DOSCADEK in the first half. The game ended one apiece.

It was a game that had loads of fun in the presence of the Auxiliary bishop of Awka Diocese, Most Rev Jonas Benson Okoye, who equally did the ceremonial inaugural kick off. He was accompanied at the high table by the representative of the bishop of CADEK, Rev Fr Anthony Chiegboka, who doubles as the Vicar General of the new diocese. 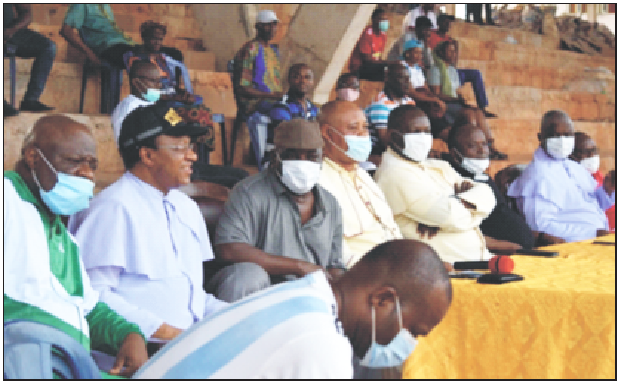 The DOSCADEK team was managed by the duo of Frs Damian Ogwatta and Emmanuel Umezinwa. The DOSAD team was coached by Fr Jude Nwankwo in the absence of Fr Obinna Dike who was on the line as referee in the match. A veteran referee, Fr Christian Umeojilinnaka was at the centre.  Over seventy priests attended the event which was highly restricted in line with Covid 19 protocols.

Speaking to Fides School Run, the priest on special duty at the University, Rev Fr John Mark Okafor said it was a privilege to him to host the inaugural match at the new stadium, as well as the inaugural match between the priests of Awka and Ekwulobia Dioceses same day. He appreciated the bishops, clergy, Religious and Laity of both dioceses for the huge project of Peter University. 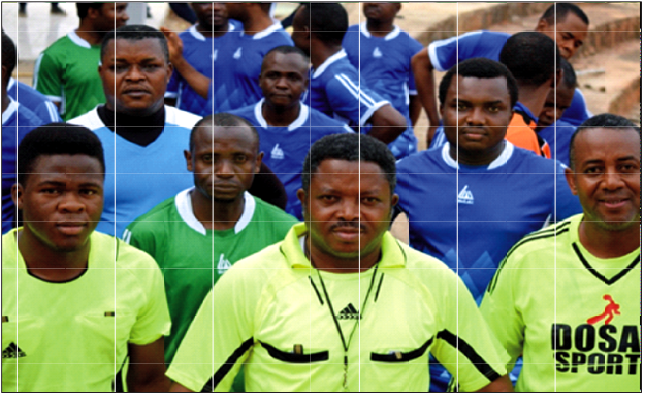 He further explained that complex would have indoor games as well, like Chess, Snooker, Table Tennis, Gym/Fitness room, and Therapy rooms. He invited all stakeholders to partner Peter University in the use and promotion of sports.

‘We are ready for the world. You can see that our sports complex here is amazing and in a serene environment. We are ready to host some tournament that the facilities are here. Come one, come all’ Fr John Mark said. He concluded by appreciating once again, all who made the University possible, and commended the unity among the three bishops involved in the huge university apostolate.

Fr Dike said he would also contact the state football body and sports commission boss for possible partnership in the use and development of the sports complex.

A lot of merriment followed the friendly inaugural anniversary match at the University Sports Lounge/Changing rooms which was singlehandedly built and donated to the university by Hon. (Sir) Pete Chima & Lady Nneka Ibida. The couple  also donated the University Lawn Tennis Court B. 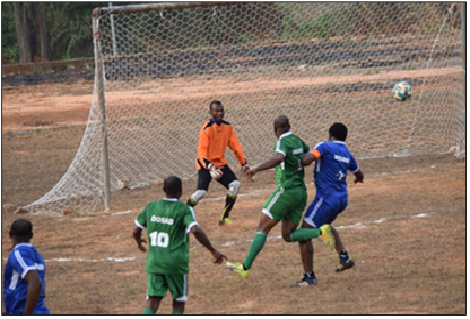 School Run also gathered that the University Lawn Tennis Court A was built and donated as well by Ezeani Sir. Dr. Josephat K. Okoye. He also donated University Clinic, and is taken from available grapevine sources, as the second highest individual donor of the Peter University project. It is being muted that come July 2021, series of testimonial football and lawn tennis events will hold at the University sports complex in his honour to mark his birthday anniversary.

The gigantic Football stadium, with pavilion and pitch was singlehandedly built and donated to Peter University by ace philanthropist Chief Sir Joseph Julius Ezekafor, the CEO of JEZCO brand.