The Labour Party has debunked rumours that it conducted parallel presidential primaries that produced a factional presidential candidate, in the person of one Samson Uchenna.

The party, in a statement issued by the Acting National Publicity Secretary, Abayomi Arabambi Oluwafemi, and made available to newsmen in Abeokuta, the Ogun State capital, noted that the party never had parallel primaries.

Meanwhile Oluwafemi, Labour’s Acting PRO, National, argued that though Uchenna was a presidential aspirant on the platform of Labour Party, he withdrew his nomination to support Mr Peter Obi voluntarily.

“Labour Party here states categorically that this Samson Uchenna is not in any way our party’s presidential candidate. He is an aspirant on the platform of Labour Party who withdrew his nomination to support Mr Peter Obi voluntarily. 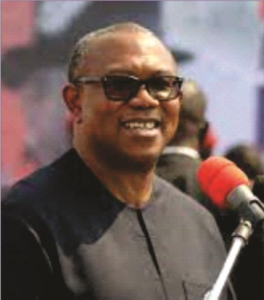 “The PDP Vanguard, as an agent of the People’s Democratic Party, PDP, is hereby advised to stay on the path of professionalism and avoid taking sides with faceless people who have no bearing with the legitimate political activities of the Labour Party on very weighty issues as the transparently free, democratically credible, free and fair presidential primaries that brought in Peter Gregory Obi, the former Governor of Anambra State, as the presidential candidate of the Labour Party in the May 30, 2022 primaries that took place in Asaba, the Delta State Capital in South South Nigeria.

“Labour Party wishes to commend the sportsmanship of  Sampson Uchenna Charles who was one of the four presidential aspirants that voluntarily stepped down, thereby paving the way for Peter Obi as the sole aspirant, culminating in his emergence as the Labour Party’s sole 2023 presidential candidate.”

Oluwafemi said the Labour Party was challenging the PDP Vanguard to provide details of venue and date of the convention that produced Samson Uchenna and whether it was supervised by the INEC.

‘We in Labour Party are aware that this is a mere rubbish being pushed by the jinxed opposition with the knowledge and acknowledged bias for nauseating and baseless internet misinformation. It is highly unethical and despicable.

‘We happen to know that the PDP Vanguard who did author the criminal lies is aware and it knows beyond all doubts that it is the same PDP that has destroyed the economy of this country in the past 16 years.

‘It is  very understandable that the PDP, with the liability of their party candidate as represented, should be jittery because of the emergence of the new sheriff in town, Peter Obi, on the platform of Labour Party with records of good and undisputed records of fine governance,’ Oluwafemi said.