Fides can authoritatively report that mass resignation has hit the Anambra State Chapter of the People’s Democratic Party (PDP), following the recent resignation of former governor, Mr Peter Obi, from the party.

Obi, a presidential aspirant, had on Wednesday, May 25, resigned his membership of the PDP and also withdrawn from the party’s presidential primary. 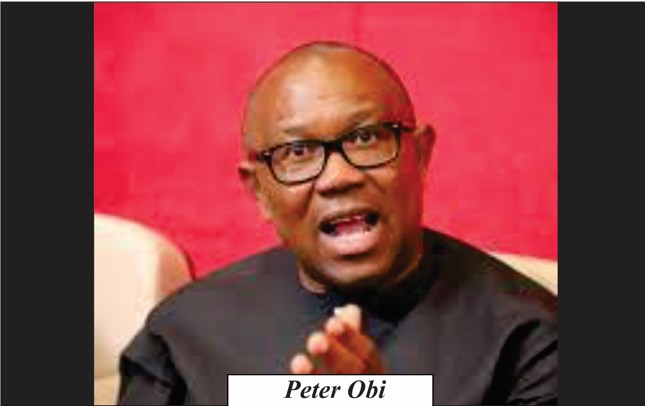 Obi had cited irregularities in the processes leading to the party’s presidential primary election as reason for his resignation.

His action was said to have dampened the zeal and aspiration of some of the party’s aspirants to national and state assembly, as it is believed that Obi’s popularity in the state has a way of affecting other aspirants of his party positively.

Mr Valentine Ozigbo, PDP’s governorship candidate in the November 2021 Governorship Election in Anambra who is running for Senate, has also withdrawn from the race. Hon Valentine Ayika and Hon George Ozodinobi, former members of National Assembly are among those who also withdrew and resigned from the party.

Ozigbo in his resignation letter which was addressed to the National Chairman of the party, Senator Iyorchia Ayu, stated that the party had been hijacked by three senatorial aspirants and their cohorts.

He listed the aspirants to include; Senator Uche Ekwunife, Senator Stella Oduah and self-styled godfather of Anambra politics, Chief Chris Uba, who is also running for senate.

In the letter, Ozigbo said, ‘I wish to bring to your attention a series of retrogressive developments in our great party, the People’s Democratic Party (PDP), in Anambra State, particularly in Anambra South.

‘Sir, I would like to state this clearly. The actions of Chris Uba and Linus Ukachukwu, with the support of Uche Ekwunife, and Stella Oduah, and a few others, are the reasons PDP in Anambra may end up fielding no candidate in the 2023 Elections.’

Consequently, he announced his withdrawal from the primary. A source stated that he was also on his way out of the party.

Ayika and Ozodinobi who are also National Assembly aspirants also withdrew from the primary, while also resigning from the party.

A source within Anambra PDP however told Fides that more prominent politicians in the state will still dump PDP in the coming days. The source said it was in anger that Peter Obi left the party, as Uba and others were working to humiliate him in the state, even as he battled his fellow presidential aspirants.

‘More people will leave before the end of this week. It is true that PDP in Nigeria has a problem, but the problem of Anambra PDP is far more than that of the national. It is still the reason they have not held primary elections for any position, till today.

‘The plot is for all Obi line up to move en mass, and join Labour Party from where they will give PDP a fight,’ the source said.