With the advent of nascent democracy in 1999, Igbo People were actually involved in formation of prominent national political party. This was seen when Dr. Alex Ekwueme, one-time Vice President of Nigeria, an Igbo son, was prominent in the appointment of people, by the Army Government of General Abacha, to draft the Constitution for transition from Army to Civilians.

The Constitution Draft Committee worked from June 1994-June1995 and produced the Constitution. But when it became  clear that General Abacha sat on the Constitution, and did not want to hand over to Civilians, Ekwueme organized patriotic compatriots into a pressure group called G. 34, to agitate against the Army. When Abacha died in 1998, his successor, General Abdulsalami, lifted embargo on political activities, and Ekwueme led his group to become transformed into a political party, called the Peoples Democratic Party (PDP). 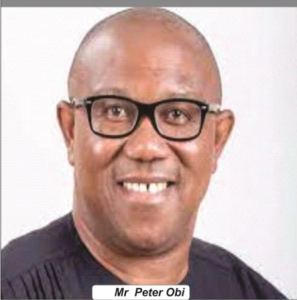 As the membership of the new party had national spread, the Army anointed it to succeed them. The Army also maneuvered their political interest and brought out one of their own, General Obasanjo (Retired), to be the presidential candidate of PDP. Earlier, because of the presence of Ekwueme in PDP, and with the prospects of him being the presidential candidate of PDP, some Igbo politicians saw it as a party to integrate them. Among those Igbo politicians, were Dr. ABC Orjiakor, Barr. Chinwoke Mbadinuju, Dr. Chris Ngige, Chief Victor Umeh, Chris Uba (Eselu), Ugochukwu Uba, and many others.

But the Yoruba of Western States, did not want the Army to dictate to them, the party and candidate to succeed them. The Yoruba then formed their own ethnic party, called Advance for Democracy (AD). They fielded their own candidate, Olu Falae. The Hausa/Fulani in the Northern States, formed their own party, the All Nigerians Peoples Party (ANPP). In 2003 Election, the Yoruba tried to clothe their party with national garb, and changed its name from Advance for Democracy (AD) to Action Congress of Nigeria (PCN).

When the Army favoured political party. The PDP, displaced Ekwueme from prominent position. The Igbo politicians, emulated their Yoruba and Hausa-Fulani counterparts, and formed their own Igbo dominated party, the All Progressives Grand Alliance (APGA), and in 2003 and also 2007, fielded their own presidential candidate, in the person of Chukwuemeka Odumegwu Ojukwu. But, like other tribal parties, APGA only got votes in their tribal region, the South Eastern States.

As General Buhari had tried to become president from his tribal party, the ANPP, and failed, he tried to lobby other ethnic groups to join him to form a truly National Opposition Party, against the PDP. He found bed follows in the Yoruba Region, as they had not recognized Obasanjo as representing them, but anxious to put their own favourite.

This was intensified, that another desperate presidential aspirant, Ahmed Bola Tinubu, was also eyeing the presidency, and has realized that tribal party of Action Congress of Nigeria (ACN), could not lead him to fulfill his dreams. So, he joined Buhari to form a truly National Opposition Party to People’s Democratic Party (PDP).

In 2015 Election, they succeeded to perish their various tribal parties: example, in the Northern States, the All Nigerians Peoples Party (ANPP), the Congress of People’s Consensus (CPC). In the Western States, the Action Congress of Nigeria (CAN), in the Eastern States, a small fraction of All Progressives Grand Alliance (APGA), in national circle, a small fraction of Peoples Democratic Party (PDP), making all five political parties that formed the All Progressives Congress (APC).

With the conglomeration of these birds of different feathers, but who agreed to achieve unity in diversity, Buhari achieved his ambition of being president of Nigeria, from 2015 Election, and now completing his second term of full eight years tenure. On their own part, the Yoruba of Western States, through their desperate presidential aspirant, Bola Tinubu, is now a presidential aspirant, with greater courage than before. Thanks to their pragmatism of changing from the old order of tribalism to the new order of nationalism. 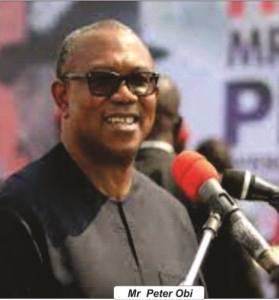 It is said that “Children dance to the tune of dance prevailing in their time (Ewu biara n’anya azi ka azi na – agba):. That was why Igbo people followed their Yoruba and Hausa-Fulani, counterparts in forming tribal party, the APGA, in 2002, and used it to make feeble attempts at the presidency.

As their counterparts of Yoruba and Hausa-Fulani have changed their dancing steps, from tribalism to nationalism, the Igbo should also emulate them, because, it is said that “A blacksmith who could not mould a metal gong, should watch the tail of the kite, (Uzu amaghi akpu ogene, ya nee egbe anya n’ odu”).

Fortunately, a golden opportunity has presented itself in this Igbo desirability for a truly national party. It is now that an Igbo prominent son, in the person of Sir Peter Obi CON, KSS, has joined a party that has national spread, the Labour Party (LP), as their candidate to contest the election of Presidency 2023.

Fortunately, Peter Obi is the best candidate, that will make Igbo tribe, in particular, and Nigeria in general, proud, as the most competent candidate to lead Nigeria to the promised land of Economic Independence to consolidate Political Independence.

For this reason, the Igbo tribal party, the All Progressives Grand Alliance (APGA), should emulate their counterpart of Yoruba tribal party, who collapsed their tribal party of Action Congress of Nigeria (ACN), and joined the present national party, the All Progressives Congress (APC). The APGA leadership, should now, as a matter of urgency and utmost importance, collapse the APGA, and join the Labour Party (LP). When this happens, when all hands are on deck, confidently, Igbo people could be firmly and comfortably integrated into the Labour Party, especially, with the help of God, in a free fair and credible election. Peter Obi must win the election.

The leadership of APGA must understand that it is “Better to serve in Heaven than to rule in hell”. So, as the Presidential candidate of APGA, Hon. Justice Peter Umeadi, is a legal luminary, as former Chief Judge of Anambra State, and now Professor of Law in University, when victory is achieved in LP, through Peter Obi, he Umeadi, can be appointed as Minister of Justice and Attorney General of the Federation (AGF). APGA leadership can also be among the stakeholders in the Federal Government, in the Federal Corridors of Power. Just as their Yoruba counterparts are among the stakeholders and are in the Corridors of Powers of the present Federal Government of All Progressives Congress (APC).

The leadership of All Progressives Grand Alliance (APGA), should cultivate the virtues of patriotism, pragmatism, magnanimity, sagacity, brotherhood and oneness of purpose and toe the path of greater prospects for Igbo people. The Ohaneze Ndigbo should now come in to mobilize and sensitize APGA membership in particular, and all Igbo politicians in general, for this greater Igbo project.

The Igbo can feel honoured and dignified that they are instrumental for honourable alliance of Nigeria with a great and famous Nation, that is regarded as one of the most stable and prosperous Nations in the World, the Great Britain.

It will be recalled that when the Queen of England, Queen Elizabeth II, visited Nigeria in 1956, during British colonialism in Nigeria, it was an Igbo Businessman, Chief Louis Odumegwu Ojukwu, that supplied the prestigious car, by which the Queen travelled with comfort and leisure, around Nigeria. After that historic magnanimity, the Queen conferred on Sir Louis Ojukwu, with the royal title of “KNIGHT OF BRITISH EMPIRE (KBE)”. When Igbo people lead Nigeria into this honourable alliance, with Great Britain, the history of this intimacy shall remain intact.